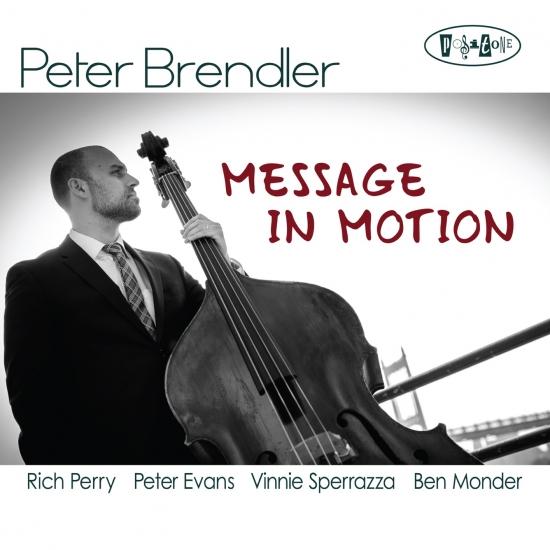 Info for Message in Motion

Bassist Peter Brendler keeps moving forward and encourages everyone to open their ears and listen to the "Message In Motion,” his second album as a leader for Posi-Tone. This exciting chord-less quartet date includes front line performances by saxophonist Rich Perry and trumpeter Peter Evans. Both musicians move freely over the joyful combination of Brendler's solid harmonic foundation and the subtle metrics of drummer Vinnie Sperrazza. The album features several of Brendler's new original compositions and is additionally highlighted by the contributions of special guest guitarist Ben Monder, who brings his unique approach to his instrument into the mix on four tracks. Featuring a delicate balance of modernity and nontraditional aesthetics, the music of "Message In Motion” remains insightfully straight forward, refreshingly melodic, and is certain to evoke a wide assortment of bright moments in the ears of discerning jazz fans everywhere."
Peter Brendler, bass
Rich Perry, saxophone
Peter Evans, trumpet
Vinnie Sperrazza, drums
Ben Monder, guitar 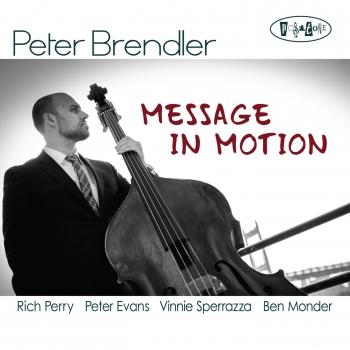 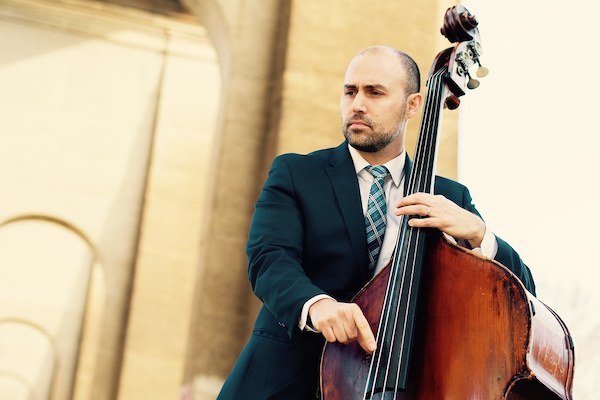 Peter Brendler
grew up in Baltimore, Maryland. He began his musical studies on electric bass, but soon gravitated towards the upright bass. In addition to playing upright and electric bass, Peter also plays guitar and piano. He received his Bachelor of Music degree in 2001 from Berklee College of Music where he graduated Magna Cum Laude. While at Berklee, Peter was selected by the bass faculty to receive the John Neves Scholarship: a merit based scholarship awarded to an upright bassist who shows outstanding promise and commitment. During his time at Berklee, Peter performed extensively throughout the Boston area, and studied with such greats as Hal Crook, John Lockwood, and Bruno Raberg. After completing his studies in Boston, Peter relocated to New York.
Peter returned to school from 2002-2004 and earned his Masters in Music from the prestigious Manhattan School of Music. While at the Manhattan School of Music, Peter studied with famed bassist, Jay Anderson, as well as other musical luminaries such as Dave Liebman, Garry Dial, and Phil Markowitz. Peter balanced his academic work with an increasingly demanding performing and recording schedule. In the fifteen years that Peter has been in New York, he has made numerous sideman appearances on various recordings of all styles. He has also performed at several world famous venues in New York, and throughout the country including The Blue Note, Birdland, Smalls Jazz Club, The Jazz Standard, Sweet Rhythm, The Kennedy Center and the 55 Bar. Peter has also performed throughout Europe and in Russia. He has performed and/or recorded with artists such as John Abercrombie, Rich Perry, Victor Lewis, Barry Altschul, Darren Barrett, Jeff Hirshfield, Frank Kimbrough and Jon Irabagon. Peter also maintains an active career performing and recording on electric bass. In addition to his sideman credits, Peter has also recorded three albums as a leader/co-leader: "The Angle Below" (Steeplechase), "Outside the Line" (Posi-Tone), and this most recent release "Message in Motion" (Posi-Tone).