Give Him The Ooh-La-La (Remaster in Mono) Blossom Dearie 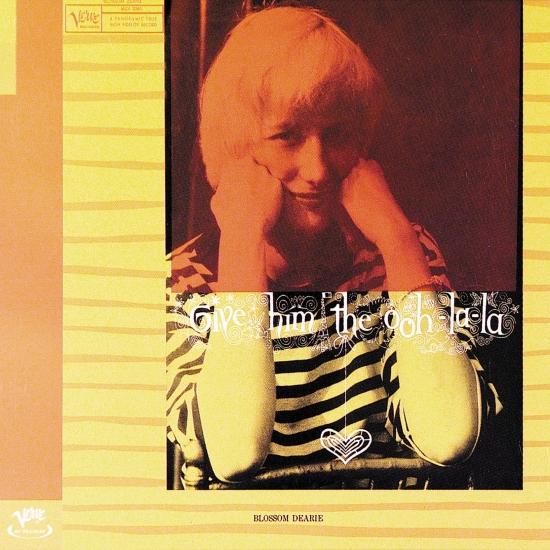 Info for Give Him The Ooh-La-La (Remaster in Mono)

Joined by Herb Ellis, Ray Brown and Jo Jones on her second Verve album, Dearie delivers the goods with smooth, sensual sophistication. Includes Just One of Those Things; Like Someone in Love; Between the Devil and the Deep Blue Sea, and nine more.
„Of the six recordings Blossom Dearie did for the Verve label in the '50s, Give Him the Ooh-La-La is the third one to be released on CD. Three titles still remain in the vaults including a Betty Comden and Johnny Green tribute as well as a Broadway Hits collection. It's a shame because Dearie's girlishly dynamic voice, subtle piano playing, and rarified choice of contemporary material made her recordings unique among '50s jazz vocal outings. Give Him the Ooh-La-La is no exception, with stellar backing by regular bassist Ray Brown, drummer Jo Jones and guitarist Herb Ellis, and Dearie's taut arrangements of a set of glowing ballads and brisk swingers. Included are a few well-worn standards like 'Just One of Those Things' and 'Between the Devil and the Deep Blue Sea.' More intriguing, however, are Dearie's inclusion of obscure titles like Cy Coleman's 'The Riviera,' a tongue and cheek portrait of Europe's playground, as well as his 'I Walk a Little Faster.' Additionally, there's the gently executed and innocuous self-help number 'Try Your Wings,' a bouncy 'The Middle of Love,' and a nod to her club stint in Paris with the French tune 'Plus Je T'Embrasse.' As usual, both Dearie's piano and voice are instilled with impeccable playfulness on mischievous numbers like the title track and in the tender pathos of ballads such as 'Like Someone in Love.' Like Dearie's two other available titles Blossom Dearie and Once Upon a Summertime, Give Him the Ooh-La-La features a great collection of tunes from the high point of her recording career. The dilemma is not which recording to get, but where to start.“ (Stephen Cook, AMG)
Blossom Dearie, piano, vocals
Herb Ellis, guitar
Ray Brown, double bass
Jo Jones, drums
Recorded September 12-13, 1957 at WOR Recording Studios, New York City Produced by Norman Granz, Blossom Dearie
Digitally remastered 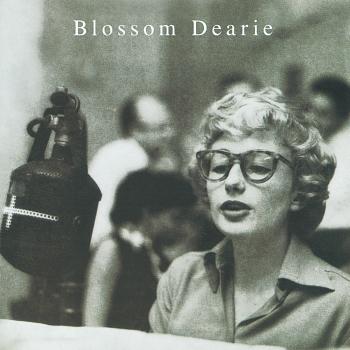 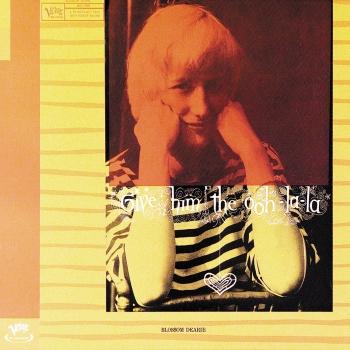 Give Him The Ooh-La-La (Remaster in Mono) 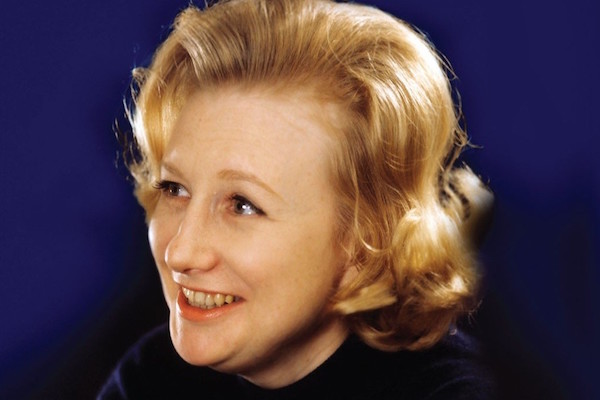 Blossom Dearie
(her real name) comes from upstate New York in a little village near Albany. She started singing with vocal groups and playing piano in clubs when she first arrive in New York City, but considers that her professional career really began in the early 1960s in London where she was working at Ronnie Scott's Club and making guest appearances on the very popular television show Dudley Moore and Peter Cook has at that time. It was then she started to write songs along with singing, arranging, and performing them.
Blossom Dearie feels biographical information from encyclopedias and histories is old hat, outdated, and counter productive and would rather talk about her present and future plans. Starting with the present, she is currently performing at Danny's Skylight Room on West 46th Street(NYC) which she hopes will be a long engagement for her and many of her colleagues. She has received raves about her musicianship, songwriting, sing, piano playing and wit by everyone of importance in the music world. Everyone knows her and loves her.
Her musical roots are in jazz as well as popular song, but her voice and style are uniquely hers ("chic, sleek and squeeky-clean, a voice in a million" says Leonard Feather in the Los Angeles Times). She often tours in Europe, Australia and across the globe performing her light-hearted, fanciful and funny songs for sophisticated audiences. Her very special repertoire ranges from Gershwin, Porter, Rodgers and Hart and Johnny Mercer favorites to comic gems by John Wallowitch and Dave Frishberg and romantic ballads she composed herself to lyrics by Jack Segal. Early in her New York Career she recorded six albums for Norman Granz's Verve. The following four have been re-released: "Blossom Dearie," "Once Upon A Summertime," Give Him The Ooh-La-La," and "Sings Comden & Green," and "Verve Jazz Masters 51: Blossom Dearie." Two coming up in 2002 are "Soubrette Sings Broadway Hit Songs," and "My Gentleman Friend." her more recent recordings are available on her own label, Daffodil Records. A further project is making an autobiographical video. Rex Reed called her "one of New York's treasures," in the New York Observer, while Rogers Whittaker of The New Yorker asserted that her performances range "from the meticulous to the sublime." And Blossom says they appeal to all ages.
Blossom listens to CD 101.9 every day on radio, and loves cool jazz. She spends her spare time at the Blue Note listening and learning from the elite in the music world, whom she loves and adores. She feels on thing missing from present day songs is humor and plan to include some funny songs in her next CD. At the present time the Blossom Dearie Trio is blessed with Ray Kilday, playing bass, and Dave Silliman, Playing drums. Blossom is fortunate to be working with such superb musicians.