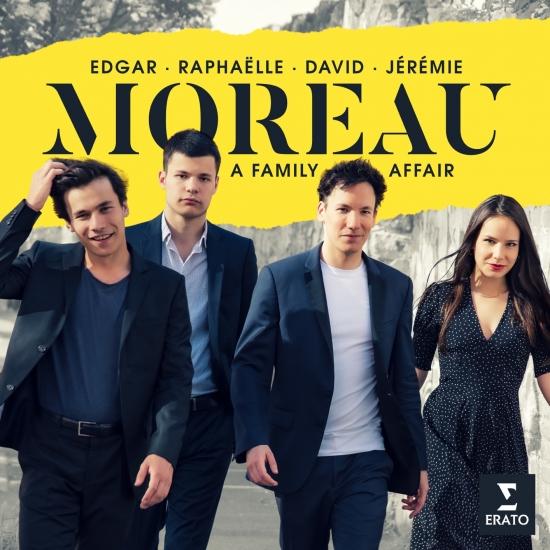 Info for A Family Affair

The young French cellist Edgar Moreau, an established Erato artist, is joined by his siblings – the violinists Raphaëlle and David and the pianist Jérémie – for Dvořák’s five Bagatelles op 47 and Korngold’s Suite op 23. As David points out, works for the combination of two violins, cello and piano are unusual: “These are wonderful pieces that are rarely played, so this is an opportunity to shine a spotlight on them.” When it comes to playing as a family, Edgar feels that “There’s something that works almost instinctively,” while Raphaëlle explains that “We don’t need to look at each other, and we breathe together in a certain way. There’s something very strong about it.” Completing the programme are transcriptions of much-loved operatic arias from Dvořák’s Rusalka and Korngold’s Die tote Stadt, performed by Edgar and Jérémie
Edgar Moreau, cello
Raphaëlle Moreau, violin
David Moreau, violin
Jérémie Moreau, piano 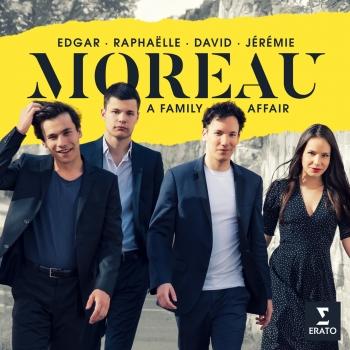 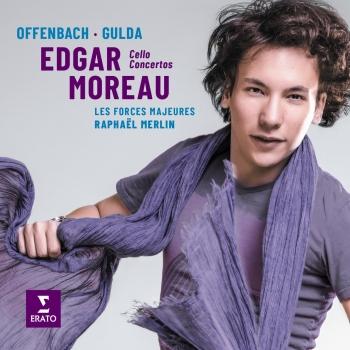 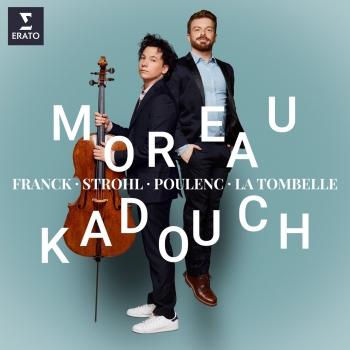 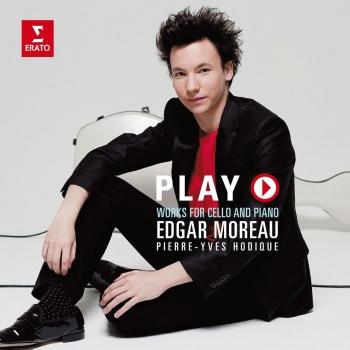 Play - Works for Cello and Piano 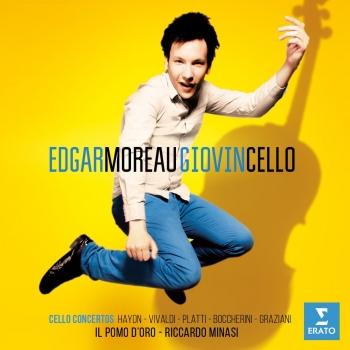 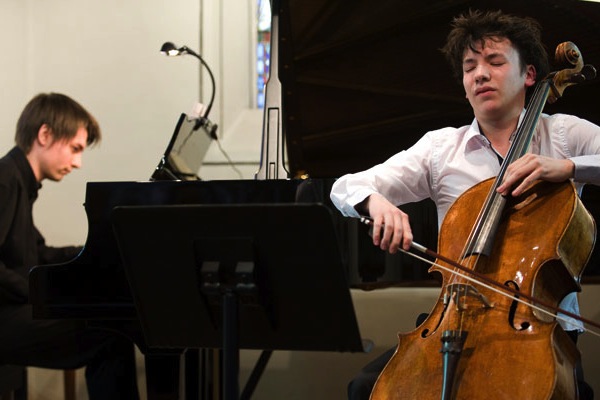 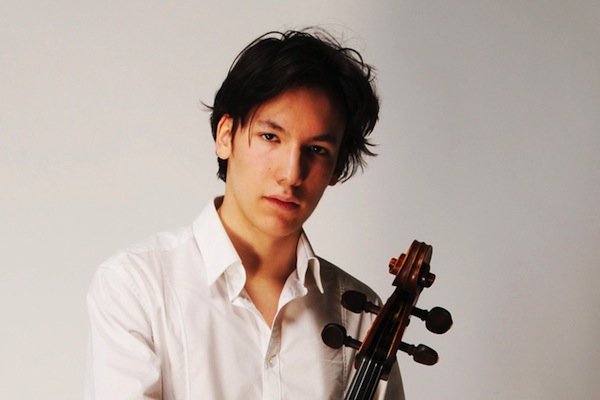 Edgar Moreau The French cellist Edgar Moreau, who turned 21 in 2015, can already look back on a number of exceptional achievements, among them becoming the winner – at the age of just 17 – of the Second Prize in Russia’s formidable Tchaikovsky Competition, winning the Young Soloist Prize in the 2009 Rostropovich Cello Competition in Paris, and performing with such distinguished musicians as Valery Gergiev, Gidon Kremer, András Schiff, Yuri Bashmet, Krzysztof Penderecki, Gustavo Dudamel, Renaud Capuçon, Nicholas Angelich, Frank Braley, Khatia Buniatishvili, Gérard Caussé and the Talich Quartet. In 2013 his huge potential was highlighted by France’s top music awards, Les Victoires de la Musique, which named him the year’s ‘Révélation’ among young classical instrumentalists.
He released his debut album in March 2014 on Erato with pianist Pierre-Yves Hodique: Play is a collection of short pieces and brilliant encores from Popper, Paganini, Chopin, Saint-Saëns, Fauré, Dvořák, Massenet, Schubert, Poulenc and Tchaikovsky among others. His follow-up album, Giovincello, presents 18th-century cello concertos recorded with the Italian Baroque ensemble Il Pomo d'Oro.
A Parisian by birth, Edgar Moreau first realised he wanted to play the cello when he was just four years old – the instrument caught his imagination when he saw a girl having a cello lesson in an antique shop he was visiting with his father. He began lessons soon afterwards, and was giving concerts with major orchestras by the time he was 11 years old. Since the age of 13 he has been a student at the Conservatoire National Supérieur de Musique in Paris. He has participated in masterclasses given by such cellists as Lynn Harrell, Anner Bylsma, Miklós Perényi, Gary Hoffman and David Geringas, and since October 2013 has been attending the Kronberg Academy near Frankfurt – home to the Emanuel Feuermann Conservatory, named after the legendary Ukrainian-born cellist.
When the editor of the international music website Bachtrack saw Edgar Moreau perform in Gstaad in early 2013, he had the following to say: “One always comes to a young musician’s concert with a hope that this will be that special day when you hear a performer who you are absolutely sure will be a star of the future. That hope only comes to fruition on a small number of occasions: this concert was one of them. I'm willing to take bets that nineteen year-old Parisian cellist Edgar Moreau is going to have a glittering career ... His playing is muscular and he throws himself into the music ... and Moreau has bags of stage presence, with a flexible face which can turn from smile to grimace and back in an instant but always shows deep involvement with the music ... Even at such a young age, Moreau can completely win over an audience with his big sound and no-holds-barred style. I think he's going to be a winner.”

Booklet for A Family Affair