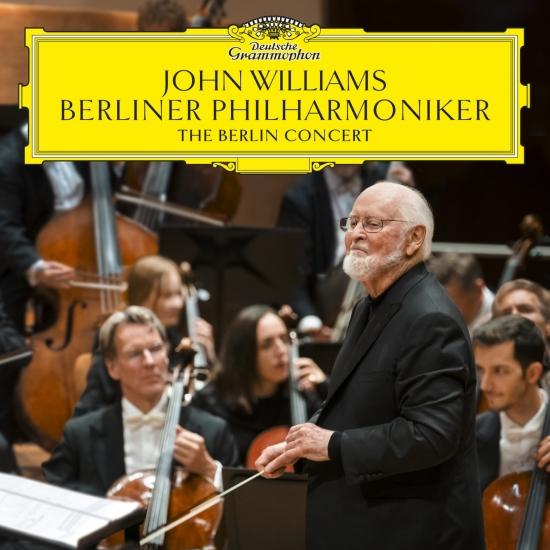 Info for The Berlin Concert

A few weeks before his 90th birthday the legendary American film composer John Williams conducted the Berliner Philharmoniker for the first time! The Tagesspiegel summed up the event as simply “one of those great evenings”. Regardless of whether Star Wars, Harry Potter or Indiana Jones, the symphonic Hollywood sounds on the stage of the Berliner Philharmoniker thrilled the audience right from the start. The soundtracks of John Williams are among the most popular in the history of film and have received numerous prestigious awards, including five Oscars, five Emmys, four Golden Globes and twenty-five Grammys.
The album “John Williams "The Berlin Concert” celebrates the iconic composer and captures the impressive energy of this unique concert played by one of the world’s greatest orchestras. Under Williams’ baton, the musicians bring exceptional tonal beauty and an edge-of-the-seat intensity to a thrilling selection of his scores. “John Williams doesn’t need the films, the films need him,” wrote Rolling Stone after the concert. The album presents cult themes from Harry Potter, Jurassic Park, Superman, Indiana Jones, Star Wars and other milestones in film history.
“Thank you very much, ladies and gentlemen, for being with us tonight here in this magnificent hall, which is like a house of magic. And I want to tell you what a privilege it is for me to be here with you in this hall, standing in front of perhaps the world’s greatest orchestra: the Berlin Philharmonic. To be standing in front of this orchestra for any musician, however humble or great, to be here with you for these few moments is truly a great honor and a privilege. And I’m so grateful for this invitation to be with you.” (John Williams)
Berliner Philharmoniker
John Williams, conductor 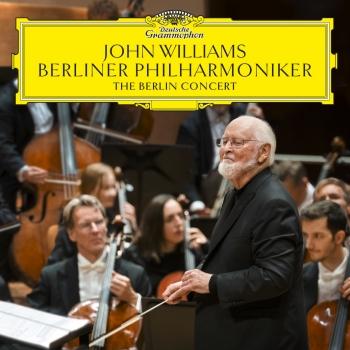 Booklet for The Berlin Concert