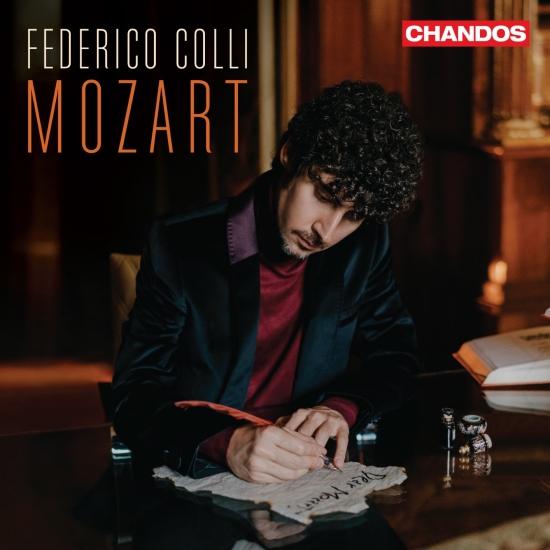 Praised by Gramophone as ‘one of the more original thinkers of his generation’, the Italian pianist Federico Colli is internationally recognised for his highly imaginative and philosophical interpretations and impeccable technique. This album is the first instalment of a new, intensely personal project for the pianist: an exploration of selected piano works by Mozart. It was the discovery (at the age of around six) of Mozart’s music that caught the imagination of the young Federico and inspired him to study music, and it was winning the International Piano Competition Mozart, in Salzburg, that launched his career as a pianist. His approach has been to immerse himself completely in Mozart’s own experience at the composition of each piece: where was Mozart living, what was he doing, what were his motivations behind each composition? Only after in-depth study of biographies of Mozart, his (and others’) letters, the historical, social, and political background, the Zeitgeist, the cultural atmosphere surrounding each work, does Colli then approach the scores and start the process of building his interpretations.
Federico Colli, piano 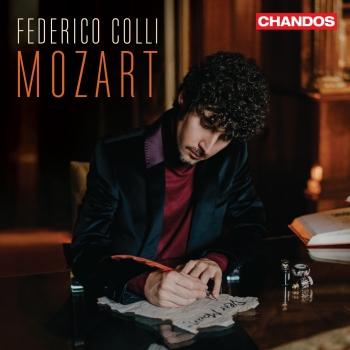 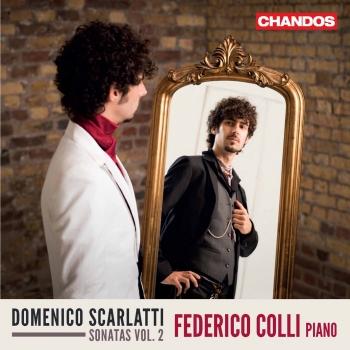 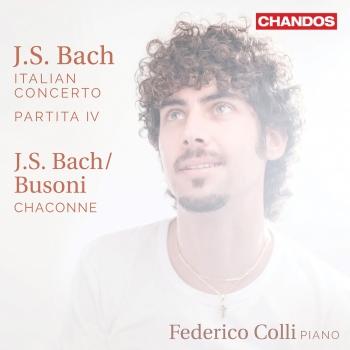 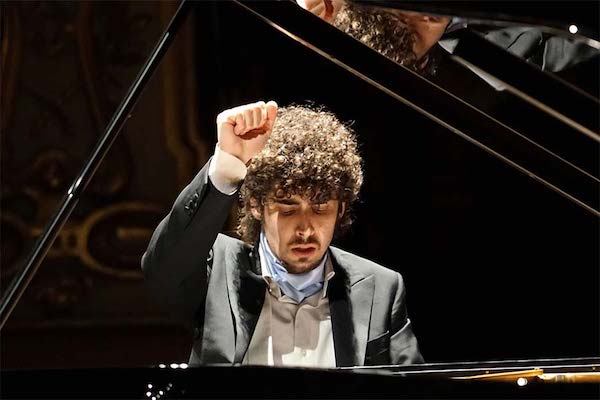 Federico Colli
Internationally recognized for his vibrant interpretations and brilliant technique, Italian pianist Federico Colli received fantastic press following the release of his initial album for Chandos Records in May 2018. “You can’t but marvel at the sheer quality of his playing – his trills the epitome of crispness, his repeated notes sounding absurdly easy, while his command of dynamic extremes is second to none,” wrote Grammophone about the release dedicated to Domenico Scarlatti’s Piano Sonatas. “Colli’s delicacy… is miraculous,” echoed The Times in a 5-star review. “Roll on the next 16 sonatas, or the full remaining 539.”
Federico first came to prominence after winning the Salzburg Mozart Competition in 2011 and the Leeds International Piano Competition in 2012. Since then, he has been performing with orchestras including the Mariinsky Orchestra, St. Petersburg Philharmonic, Accademia Nazionale di Santa Cecilia, RAI Torino, Orchestra della Toscana, Camerata Salzburg, Polish National Radio Symphony, RTÉ National Symphony and Orquestra Sinfônica Brasileira at venues including the Vienna Musikverein and Konzerthaus, Berlin Konzerthaus, Munich’s Herkulessaal, Hamburg’s Laeiszhalle, Paris’s Salle Cortot, Amsterdam’s Concertgebouw, Auditorium Parco della Musica in Rome, the Rudolfinum in Prague and Nikkei Hall in Tokyo. In the UK alone, he has performed with the Philharmonia Orchestra, BBC Symphony, Royal Scottish National Orchestra, Royal Liverpool Philharmonic and the Hallé at the Barbican, Southbank Centre, Royal Concert Hall in Glasgow and Usher Hall in Edinburgh.
Federico has worked with conductors such as Valery Gergiev, Yuri Temirkanov, Vladimir Ashkenazy, Vasily Petrenko, Juraj Valčuha, Thomas Søndergård, Sakari Oramo, Alan Buribayev, Joji Hattori, Jasper Kaspszyk, Alpesh Chauhan, Sir Mark Elder and Dennis Russell Davies. His concerts have been broadcast by BBC Radio 3, RAI radio and TV, Mariinsky TV, Polish Radio and ORF Austria.
The 18/19 seasons sees Federico’s debuts with the Hamburger Symphoniker (Ion Marin) and Deutsche Staatsphilharmonie Rheinland-Pfalz (Lukasz Borowicz), as well as returns to the Philharmonia Orchestra (Andrew Nethsingha) and the Janáček and Rijeka philharmonics. He makes his recital debuts in New York (Lincoln Center), Berlin (Konzerthaus), Amsterdam (Concertgebouw) and Seoul (Kumho Art Hall), as well as his first appearances at Wigmore Hall and Lucerne Piano Festival, and U.S. orchestra debut with the Stamford Symphony. Earlier this year, he performed at Royal Albert Hall and at the Ravinia Festival.
Federico records exclusively for Chandos Records, with whom he released his first album in May 2018. The second album, with works by Bach and Bach-Busoni, will follow in 2019. To coincide with his debut at the Southbank Centre’s International Piano Series in April 2014, Federico’s debut solo CD, produced by Champs Hill Records, was released to great critical acclaim, featuring works by Beethoven, Scriabin and Mussorgsky. BBC Music Magazine wrote of the disc: “Colli’s captivating ability to illuminate even the most densely packed musical terrain emerges as a structure of supreme logic, propelled rather than merely embellished by mystical ripplings and flutterings.”
Born in Brescia in 1988, Federico studied at the Milan Conservatory, the Imola International Piano Academy and the Salzburg Mozarteum under the guidance of Sergio Marengoni, Konstantin Bogino, Boris Petrushansky and Pavel Gililov. In 2011 he received a ‘Grosso d’Argento’ from the mayor of Brescia in recognition of his artistic achievements, and in 2014 he was selected by International Piano magazine as one of the “30 pianists under 30 who are likely to dominate the world stage in years to come.”