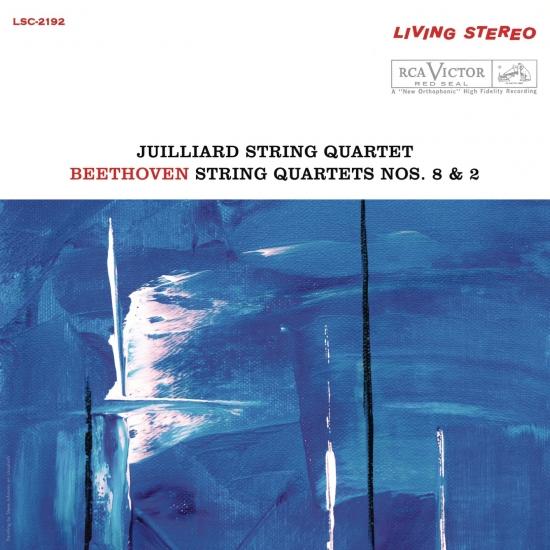 America’s greatest and most enduring chamber ensemble – the Grammyâ Award-winning Juilliard String Quartet – celebrates its eighth decade with the release of a new Sony Classical recording of music from three centuries by Ludwig van Beethoven, Béla Bartók and Argentinian-American composer Mario Davidovsky.
This is the set of Beethoven Quartet recordings the Juilliard Quartet made in the 60s. The quartet's line-up a the time was Robert Mann and Earl Carlyss, violins; Raphael Hillyer, viola; Claus Adam, cello. (Exceptions: Isidore Cohen was still second violin for the recordings of the Op. 59 quartets and Op. 74; Samuel Rhodes had replaced Hilyer at viola by the time some of the late quartets were recorded.)
Juilliard String Quartet
Digitally remastered