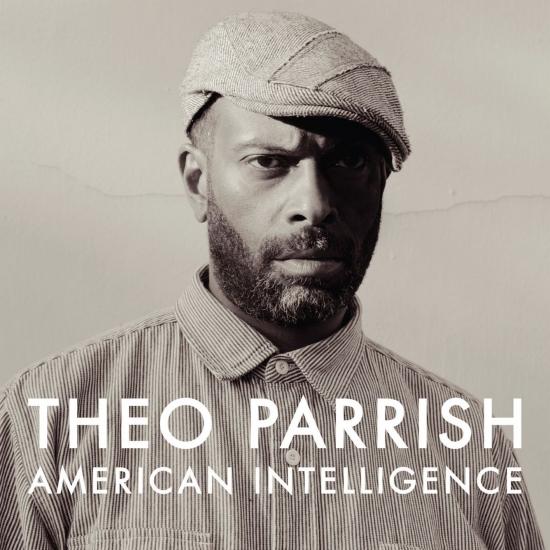 In 2014 Theo Parrish took his new live show on the road. It wasn't the first time he'd been involved with live performance—he was playing shows with his Rotating Assembly ten years back—but this was Parrish putting himself out there, front and centre, performing his own material on stage with a band. This was Theo Parrish the musician, not Theo Parrish the producer or Theo Parrish the DJ. The idea of musicianship, of creating everything from scratch, also drives American Intelligence, Parrish's first solo full-length since 2007. For someone whose back catalogue is littered with examples of clever sampling, Parrish has distanced himself from sampling as an art form, explaining to Slices this year that 'As I grew older, [I began] respecting what I was sampling and editing.' So you won't find many nifty samples on American Intelligence—it's all Parrish's music, and the vocals come from Parrish himself, or Ideeyah, an important cog in his live show.
American Intelligence forms a kind of companion piece to the live show. It's presented in two versions: the triple-vinyl version, which clocks in at nine tracks, and the more unwieldy 15-track double-CD, which sags heavily as the second disc wears on. The tracks that Parrish performed live this year provide American Intelligence with its strongest moments. There's 'Footwork,' an irresistible call to dance floor and one of 2014's best singles, 'Ah,' with Ideeyah on vocals, is sweet and mostly drum-free, and 'Be In Yo Self,' equals anything in Parrish's catalogue in terms of groove and depth. The drums skitter on 'Drive,' on which Theo asks, 'Where's your drive? Has it died? It keeps me alive.' It sounds like a question posed to people around him—lazy DJs, unadventurous live acts, a music press he feels is suffering. 'Life Spice's' stuttering loop makes it sound like an Ugly Edit of 'Miss You' by The Rolling Stones, while 'Welcome Back' is a three-minute imagining of a trip to the grocery store interrupted by a traffic cop, played out by Parrish and backed by belligerent drums.
„Given that this is the first album from the great Theo Parrish since 2007, it's unsurprising interest in American Intelligence has rocketed over the course of the year as Sound Signature left a trail of hints. Happily, American Intelligence is a fine album; deep and woozy in parts, undeniably soulful, shot through with jazz influences and full to bursting with killer cuts. By now, everyone should know the brilliant 'Footwork' single (arguably one of the records of 2014); soon, clubs will swing to the off-kilter dancefloor jazz of 'Make No War', the 21st century broken house of the epic 'Fallen Funk' and the decidedly odd - but brilliant“. (Helmut Lampshade)
Theo Parrish, DJ 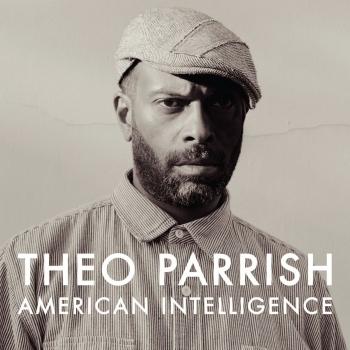 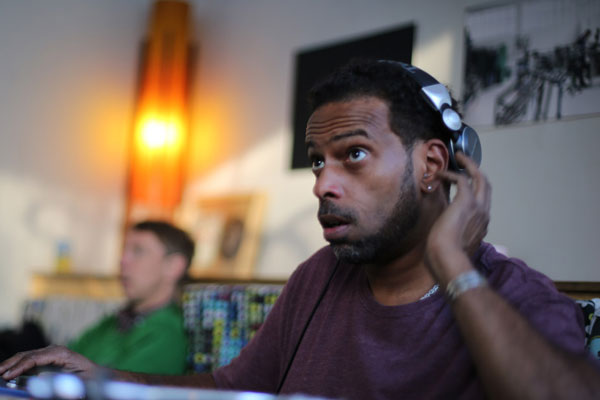 Theo Parrish
was born in Washington D.C. in 1972 and raised in Chicago, IL where his passion for music developed. MIles Davis, Stevie Wonder, Jimi Hendrix, Nina Simone, George Gershwin, Bob Marley, as well as his uncle, jazz musician Dexter Sims, all had strong influences on Theo's early musical life. Chicago's radio influences and House artists such as Ron Hardy , Larry Heard, Lil Louis, Farley Jackmaster Funk, Gene Hunt , Mike Dunn, Frankie Knuckles , Walter Get Down Brown and Andre Hatchett, helped to spawn Mr. Parrish's early career.
He began spinning and producing tracks in 1986, at the age of thirteen... After graduating from the Academy for the Arts, he recieved a scholarship to the Kansas City Art Institute where his interest in music was taken to a new level through his study of sculpture. In 1994, he recieved a Bachelor of Fine Arts degree from KCAI with a concentration in Sound Sculpture, a form of orchestrationusing live instruments, looped recordings, the human voice, and numerous other sound generating devices. While in Kansas CIty, Theo continued to impact and be impacted by dance music, helping to bring a dormant underground music scene to life. In 1994, Theo Parrish moved to Michigan where he became heavily involved in Detroit's underground music scene. Producing music and delivering his unique and dynamic sets in venues throughout the Detroit and surrounding areas, as well as abroad he has gained the attention and respect of dj's, producers, listeners and dnancers worldwide.