The Way You Say It Walt Weiskopf 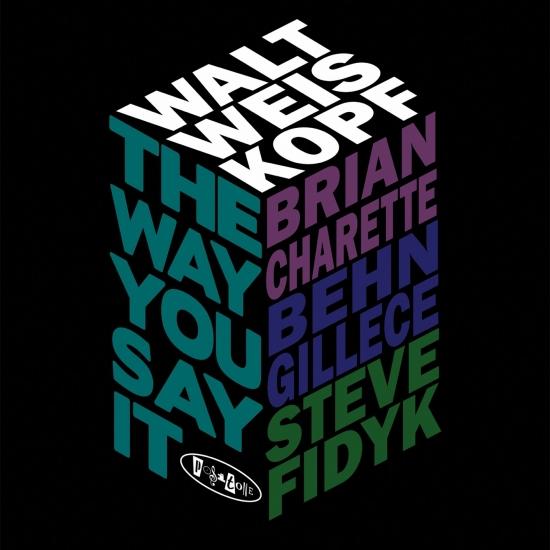 Info for The Way You Say It

Saxophonist Walt Weiskopf expresses different points of view and tries something new on his latest release "The Way You Say It." Employing unique instrumentation to explore a wide vocabulary of styles and sounds. Weiskopf's original compositions and thoughtful arrangements are presented with the able assistance of a solid group of sidemen, including organist Brian Charette, vibraphonist Behn Gillece, and drummer Steve Fidyk. Weiskopf undeniably plays with remarkable technical precision and a manifest knowledge of his materials. His sound is extraordinarily well-centered, articulation sharp, and command of the tenor saxophone complete. Nevertheless, it is the considerable depth of his artistry that is most remarkable. With an amazing combination of talent, brilliant performances, and an exciting program of music, we are confident that those who listen intently to the engaging emotionality of Weiskopf's clear and straight forward message will certainly appreciate and agree that his approach to music is definitely all about "The Way You Say It."
Walt Weiskopf, tenor saxophone
Brian Charette, organ
Behn Gillece, vibraphone
Steve Fidyk, drums 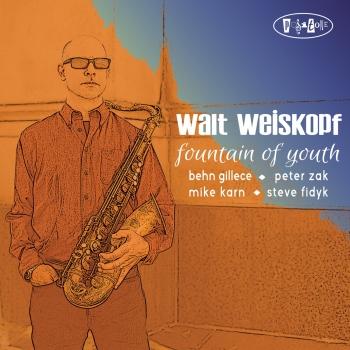 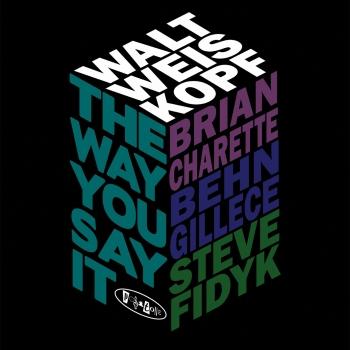 The Way You Say It 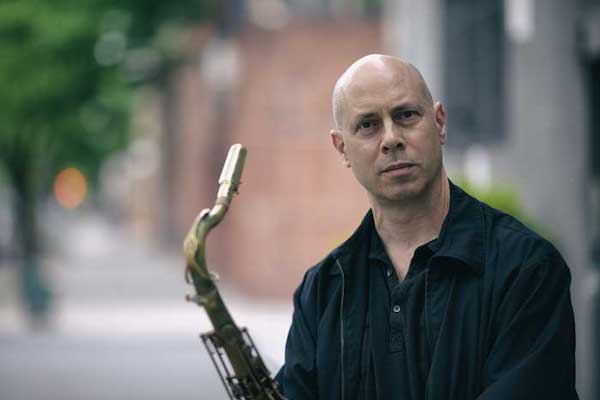 Walt Weiskopf
Saxophonist, composer and author Walt Weiskopf began his New York career performing with the Buddy Rich Big Band in 1981 at the age of 21. Since then, he has made an impressive mark as both a leader and sideman with 20 critically-acclaimed CDs and countless sideman credits, including performing and recording with Buddy Rich, Frank Sinatra, Steely Dan, Donald Fagen, Boz Scaggs and Michael McDonald.
A dynamic player with enormous technical prowess, Walt is equally well regarded as a composer. His recordings as leader contain predominantly original work with unique interpretations of standards always in the mix. Walt’s seven books on jazz improvisation are among the most respected in the field. Whether for quartet, nonet, or any configuration in between, Walt’s compositions and arrangements have attracted fans and critical notice.
Simplicity (Criss Cross Jazz-1993), met with immediate success. It was number one on Eurojazz radio for four straight weeks and inspired Mel Martin of Saxophone Journal to write: “Walt Weiskopf’s prime influence as a player appears to be John Coltrane, but he is no slavish imitator. He gets to musical matters in a powerful and positive way, asserting a definite viewpoint… He displays much technical accomplishment, yet makes it sound basic and accessible.”
Walt’s Song for My Mother (Criss Cross Jazz-1996), was awarded four stars in Downbeat Magazine. Bret Primack of Jazz Central Station listed Song for My Mother as one of the ten best jazz albums of 1997 and Crusader Magazine chose this recording as its number one Jazz Pick of the Year.
Walt’s subsequent recordings, from A World Away in 1994 (Criss Cross Jazz) to the most recent Fountain Of Youth (Posi-tone-2017), have also caused a critical stir.
In the September 1997 issue of JazzTimes, Bill Milkowski counted Walt among his “five most underrated players;” by 2000, Milkowski found that Walt had fulfilled his early promise, and is “…a major talent…a monster tenor saxophonist as well as a prolific composer and accomplished arranger.” Blaine Fallis’ review of Open Road (Posi-tone 2015) in All About Jazz said “Weiskopf is freed up to take off on an improvisatory spectacle that paints the story of his great talent.” About his most recent offering, a 2017 review in the New York City Jazz Record stated “…Fountain of Youth (Posi-tone 2017) could only have come from someone with broad experience in music and life…Weiskopf understands it all.”