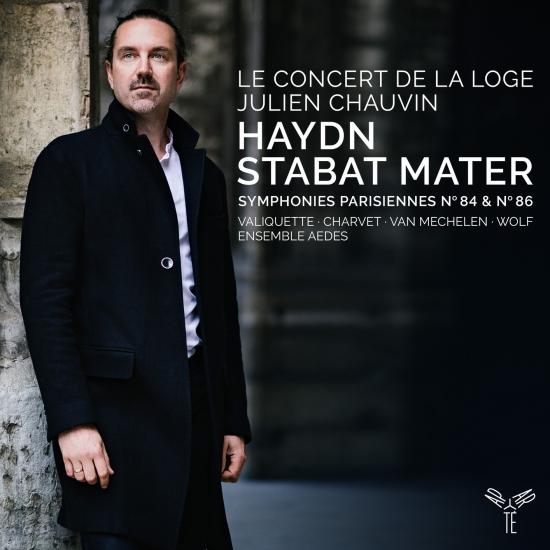 Playing on period instruments, Le Concert de la Loge and their conductor Julien Chauvin continue their Haydn adventure with a programme consisting of the little-known and rarely heard Stabat Mater and two more of the Paris Symphonies (Nos. 84 & 86).
Composed in 1767, with the ‘Sturm und Drang’ movement at its height, Stabat Mater was nevertheless one of the most frequently performed of Haydn’s works during his lifetime.
Strikingly sober in expression and contemplative in character (“Fac me veretecum flere”), it also contains moments of exaltation (“Sancta Mater, istud agas”).
Le Concert de La Loge
Julien Chauvin, violin, direction 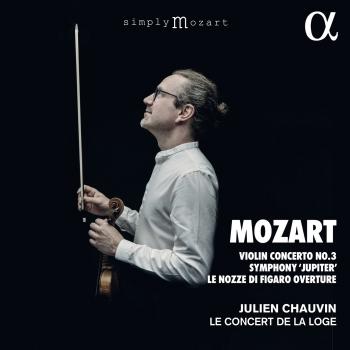 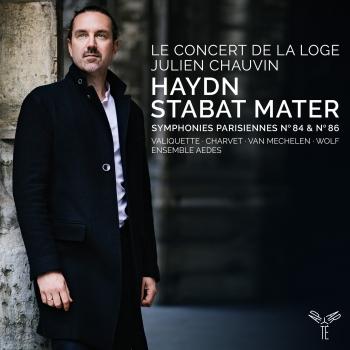 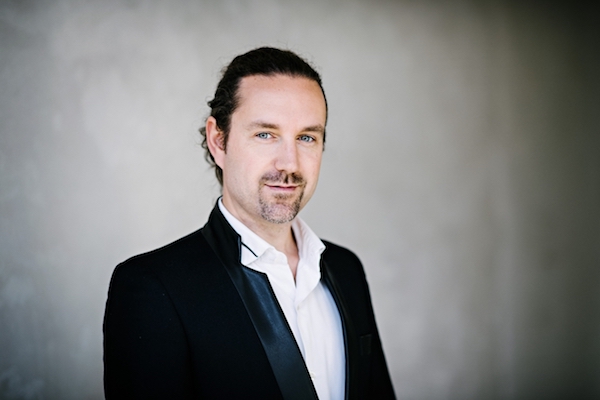 Julien Chauvin
studied the violin with Vera Beths at the Royal Conservatory in The Hague and Baroque and Classical period-instrument performance with Wilbert Hazelzet, Jaap ter Linden and Anner Bylsma. In 2003, he was a prizewinner at the International Early Music competition in Bruges. He then went on to perform as a soloist in South America, South Africa and Georgia, while at the same time playing in the leading European Baroque ensembles, before founding Le Cercle de l’Harmonie, which he directed jointly with Jérémie Rhorer for ten years. Realising his desire to bring back to life a celebrated formation of the eighteenth century, in 2015 Julien Chauvin formed a new period-instrument orchestra, Le Concert de la Loge. The ambitious aims of this modern recreation have been demonstrated by its exploration of forgotten works from the French repertory, but also of innovative forms of direction (the ensemble is directed from the violin) and of concert formats encouraging spontaneous and imaginative reactions from the audience. He also continues to perform with the Quatuor Cambini-Paris, which was formed in 2007. Julien Chauvin has conducted such operatic and music theatre productions as Era la notte (staged by Juliette Deschamps with Anna Caterina Antonacci); Félicien David’s Le Saphir, Piccinni’s Atys, Lemoyne’s Phèdre and Isouard’s Cendrillon in productions staged by Marc Paquien for the Palazzetto Bru Zane; Haydn’s Armida directed by Mariame Clément; and Sacchini’s Le Cid staged by Sandrine Anglade.
Continuing to investigate the question of direction in the eighteenth-century opera, he recently directed Mozart’s Die Entführung aus dem Serail from the violin in a production by Christophe Rulhes. Among the orchestras and ensembles he has directed from the violin are the Esterházy Hofkapelle, the Orchestre Régional d’Avignon Provence, the Orkiestra Historyczna of Katowice, the Orchestre Français des Jeunes, the Folger Consort in Washington, Les Violons du Roy and the Kammerorchester Basel.
Julien Chauvin has recorded concertante works by Haydn, Beethoven and Berlioz with Le Cercle de l’Harmonie on the Eloquentia and Ambroisie-Naïve labels. In 2016 he began recording Haydn’s ‘Paris’ Symphonies with Le Concert de la Loge for Aparté. He regularly appears in recital with Jean-François Heisser, Alain Planès, Christophe Coin and Olivier Baumont. He and Baumont recorded the disc ‘À Madame’ at Versailles Palace for the Aparté label. For the year 2017/18, Julien Chauvin was artist in residence at the Institut d’études avancées de Paris in a partnership aimed at stimulating dialogue between music and research in the realm of the humanities and social sciences. In addition to his concert activities, Julien Chauvin also devotes himself to teaching in orchestral sessions or masterclasses at the Conservatoires Nationaux de Musique et de Danse of both Paris and Lyon, the École Normale de Paris and the Orchestre Français des Jeunes.
Julien Chauvin plays a Baroque violin by Jacob Stainer from 1670 (formerly the “Mozart-Wranitzki”), leant by an arts patron, and a Romantic violin by Giuseppe Rocca from 1839, in the framework of the ‘Adopt-a-Musician’ project.
Le Concert de la Loge
In January 2015, the violinist Julien Chauvin founded a new period-instrument orchestra, the Concert de la Loge, with the ambition of reviving an essential component of French musical history: the Concert de la Loge Olympique.
That orchestra, founded in 1783 by the Comte d’Ogny, was then considered one of the finest in Europe and has remained famous for commissioning the ‘Paris’ Symphonies of Joseph Haydn, which were premiered in the Salle des Cent-Suisses at the Tuileries Palace. At that time, a substantial majority of musicians were Freemasons, and many concert associations were linked to Masonic Lodges such as the Loge Olympique de la Parfaite Estime.
The modern, flexibly sized ensemble presents chamber, symphonic and vocal-operatic programmes directed from the violin or the baton and champions a wide repertory ranging from the Baroque era to the early twentieth century.
The aim of this recreation project is also to explore new forms of concerts, harking back to the spontaneity of late-eighteenth practice, which intermingled different genres and artists in a single programme, and to establish links with other artistic disciplines.
Since it was founded, the ensemble has toured many venues with operas including Haydn’s Armida directed by Mariame Clément, Sacchini’s Le Cid directed by Sandrine Anglade, and Lemoyne’s Phèdre directed by Marc Paquien. It also enjoys regular collaborations with such renowned soloists as Karina Gauvin, Sandrine Piau, Philippe Jaroussky (with whom it has toured Europe and South America) and Justin Taylor.
On disc, the orchestra has embarked on a recording of Haydn’s complete ‘Paris’ Symphonies. Each season it presents a programme modelled on the concert format of the period, featuring a guest artist. The first three volumes, ‘Haydn-La Reine’ with Sandrine Piau, ‘Haydn-La Poule’ with Justin Taylor and the recently released ‘Haydn-L’Ours’, have received critical acclaim, earning such distinctions as the Diamant d’Opéra Magazine, Choc de Classica, Sélection Le Monde, ffff Télérama and the Grand Prix du Disque Charles Cros.
Since the French National Olympic and Sports Committee opposed the ensemble’s use of the adjective ‘Olympic’, it was forced to truncate its historical name and adopt the designation ‘Le Concert de la Loge’ in June 2016.
The ensemble receives support from the French Ministère de la Culture et de la Communication, the Ville de Paris, the Région Île-de-France, the Caisse des Dépôts (principal sponsor), the Fondation Orange, the Fonds de Dotation Françoise Kahn-Hamm and the members of the circle of patrons Le Club Olympe. It is in residence at the Conservatoire Jean-Baptiste Lully in Puteaux and is associate artist in residence at the Fondation Singer-Polignac. Starting in the 2018/19 season, Le Concert de la Loge is also in residence for three years at the Cité Musicale-Metz.