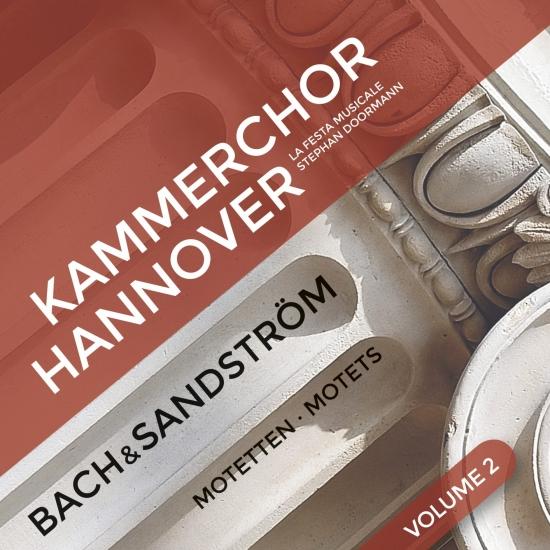 The work of Johann Sebastian Bach has fascinated many composers after him. And inspired them! The Swedish composer Sven-David Sandström (1942) was also inspired by Bach's music to write his own works, including new versions of the texts set to music by Bach in the motets. However, he wants to avoid the model in his music as much as possible and promises: "You forget Bach."
This second album of motets by Sandström presents his compositions "Jesu, meine Freude", "Fürchte Dich nicht, ich bin bei Dir" and "Singet dem Herrn ein neues Lied" and contrasts them with the Bach motets BWV 226, 229 and 230. With this, the Kammerchor Hannover under the direction of Stephan Doormann concludes the cycle begun in 2015, which presents the "other" motets of each of the two composers (ROP6105).
The transparent vocal ensemble dives deep into the ingeniously constructed works: Sandström's are intoxicating clusters and complex rhythms that demand the utmost sensitivity from the voices, while Bach's are fascinating counterpoints of baroque elegance. The fact that here, once again, the other motets are heard alongside well-known Bach pieces prevents a superficial comparison. The connecting element is not to be found in the musical text, but in the exciting fact that a composer almost 300 years later dealt with the same lines of text and wrote a "similar" canon of works, although stylistically, of course, completely different.
The Kammerchor Hannover hereby presents the world's first complete recording of the six motets by Sven-David Sandström and the first ever recordings of the two motets "Der Geist hilft unser Schwachheit auf" and "Jesu, meine Freude".
Kammerchor Hannover
La Festa Musicale
Stephan Doormann, conductor 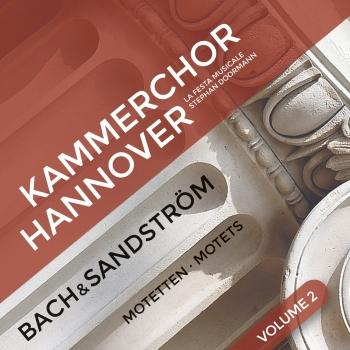 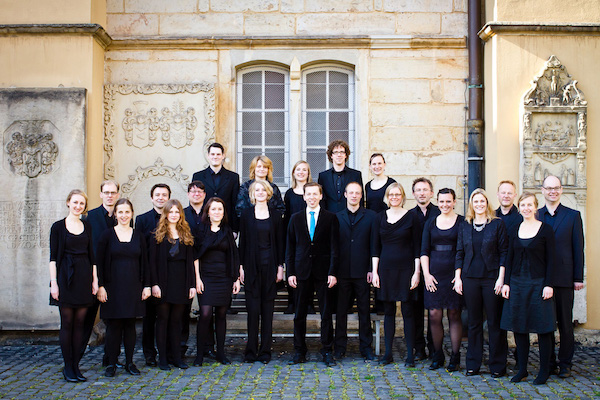 The Kammerchor Hannover
was founded by young vocalists under the direction of Stephan Doormann in 2007. The new ensemble models its work on Scandinavian chamber choirs and their pronounced a-cappella tradition; a combination of the Scandinavians’ homogenous sound and Middle European expressivity is the sound for which the choir strives. The Kammerchor Hannover aims to perform challenging choir works from all periods and regions. A particular focus lies on contemporary works as well as rarely performed compositions from the Scandinavian and Anglo-Saxon choral traditions. Both in its recordings and its concerts the choir shows a great concern for the music’s adequate communication. Therefore, their concerts always evolve around well-developed concepts.
La Festa Musicale
is a young Baroque orchestra, based in Northern Germany. Effervescence, joie de vivre, and virtuosity – these are the means by which the musicians breathe new life into Early Music. La festa musicale focusses its work on orchestral pieces, cantatas, and oratorios of the High Baroque period, currently performing mainly in northern Germany. Most of the orchestra’s members are graduates of the Musikhochschulen in Hanover and Bremen, and they play with Baroque ensembles such as Cantus Cölln, Das Kleine Konzert, the Collegium Cartusianum, Musica Alta Ripa, the Hannoversche Hofkapelle, the Lautten Compagney, and many more. At appearances at the Internationale Händelfestspiele in Göttingen and Halle, the Rheingau-Musikfestival, the Telemannzentrum Magdeburg, the Usedomer Musikfestival, and numerous further concerts across Germany and Europe, the musicians have left their mark as charismatic Baroque performers of the new generation who are to be reckoned with in the coming years.
Stephan Doormann
was born into a family of cantors from Northern Germany, and initially studied music education at the Hochschule für Musik und Darstellende Kunst Stuttgart. He went on to complete a two-year diploma in choral direction with Prof. Anders Eby at the Royal Music Academy in Stockholm. He rounded off his education with workshops and master-classes with Eric Ericson, Dan-Olof Stenlund, Frieder Bernius, and Stefan Parkman. Together with some young singers, he founded the Kammerchor Hannover, based on the model of Scandinavian chamber choirs, in 2007. In addition to the standard choral works, Doormann focuses his attention on the contemporary repertoire for choir and on compositions of the twentieth century. His debut recording of two new cantatas with the Kammerchor Hannover on the CD Glaubenslieder was awarded the Echo Klassik in 2010. In the same year, he won third prize at the Deutscher Chorwettbewerb with the Quilisma Jugendchor which he has directed since 2006; as a result, Doormann was appointed a scholar of the Deutscher Musikrat. He was awarded the Musikvermittlungspreis by the Musikland Niedersachsen in 2011. Radio broadcasts, film productions, as well as the composition of new choral works complete the spectrum of his work.