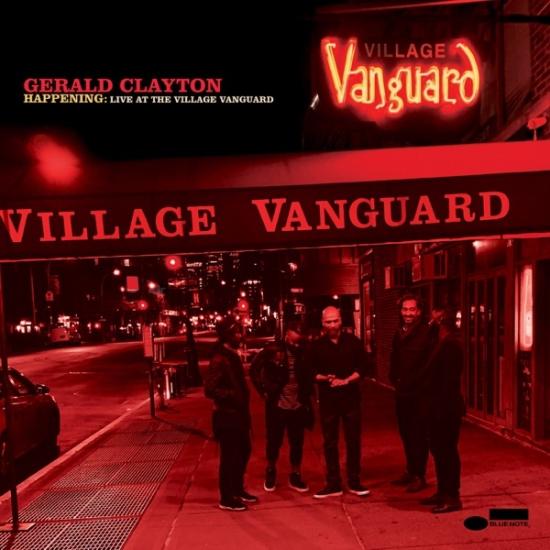 Info for Happening: Live At The Village Vanguard

Pianist Gerald Clayton is set to release his Blue Note Records debut Happening: Live at the Village Vanguard out July 10. Recorded at the legendary NYC jazz club with a quintet of longtime collaborators—Logan Richardson on alto saxophone, Walter Smith III on tenor saxophone, Joe Sanders on bass, and Marcus Gilmore on drums—Happening spotlights Clayton’s layered identity as a leader. The quintet co-navigates four of Clayton’s original compositions including “A Light” and “Rejuvenation Agenda,” as well as Duke Ellington’s “Take the Coltrane,” while Clayton pares down to a trio for Bud Powell’s “Celia” and the standard “Body and Soul.”
“I called it Happening to highlight the fact that this music is living, that we have a whole lot of happenings throughout the year, and performances at the Village Vanguard are some of the most special of those happenings. It’s such a special, sacred place for the music. You really can feel the presence of what’s occurred in the room.”
To Clayton, the album’s poised impact has shifted in light of the global pandemic. “The idea of having a recording of a live concert takes on a new meaning now that we’re unable to actually gather anymore” he says. “I would hope that, when we do return to some kind of normalcy, people are more inspired than ever to recognize that this music is happening, that it’s a living art form. We need to actually go to those shows. We need to be in those rooms and be part of that experience. I hope this album can offer people a little bit of an escape from this isolation, that it transports them back to the time when we were all able to congregate and celebrate our shared love.”
Gerald Clayton, piano
Logan Richardson, alto saxophone (on tracks 1,2,4,5,7)
Walter Smith III, tenor saxophone (on tracks (1,2,4,5,7)
Joe Sanders, double bass
Marcus Gilmore, drums 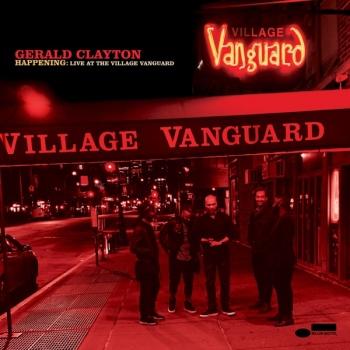 Happening: Live At The Village Vanguard 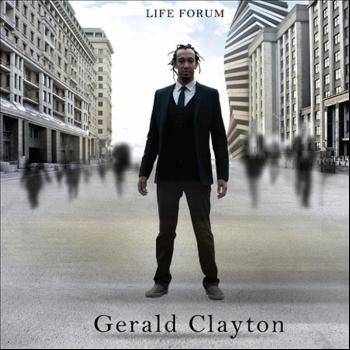 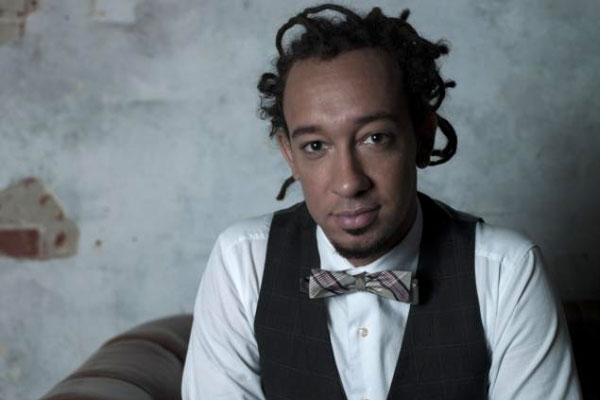 Gerald Clayton
Over the course of eight years, with three albums as a leader, several studio projects as a sideman, and countless worldwide performances, pianist and composer Gerald Clayton has established himself as a leading figure in the up-and-coming generation of jazz artists who are fluent in the range of styles that make up today´s jazz lexicon. Hailed by The New York Times for his "huge, authoritative presence," Clayton is well on his way toward etching his own enduring mark in the long and rich tradition of jazz. Never has this been more apparent than in Life Forum, his latest recording on Concord Jazz and his most ambitious project to date.
Born in the Netherlands in 1984 and raised in Southern California, Clayton took his first piano lessons before age seven with the full support and encouragement of his father, the acclaimed jazz bassist, composer and bandleader, John Clayton. Music was a central part of his life from as long as he can remember and it became a lifetime commitment very early on:
"I was in the third grade, and there was a talent show where I played a boogie-woogie piece that my dad had written for me," he recalls. "It was the first time that I played for an audience where I felt that people were really moved by something that I had just played. I remember thinking, ´Yep, this is what I´ll be doing for the rest of my life.´"
Clayton attended the L.A. County High School for the Arts and then enrolled at the USC Thornton School of Music. In the midst of his third year at USC, he temporarily relocated to New York to study at the Manhattan School of Music. "I knew I was eventually going to move to New York," he says, "so I thought it would be a good idea to experience the city for a year as a student." After returning to L.A. for a year and a half to finish his degree, he moved back to New York permanently.
In 2006, Gerald received the second place prize in the prestigious Thelonius Monk Institute of Jazz Piano Competition. Around that time, he was introduced to trumpeter Roy Hargrove when they were both featured artists at a performance of the Henry Mancini Orchestra. "We were backstage during one of the rehearsals, and we started playing some duets," recalls Clayton. "After that I would see him from time to time in New York, and he would say, ´Great that you´re in New York now. I´ll call you.´ That was how things started."
The association resulted in three years of extensive touring with Hargrove between 2006 and 2009, and appearances on Hargrove´s recordings, Earfood (2008) and Emergence (2009). Gerald also appeared on recordings by several other artists, such as Diana Krall, Ambrose Akinmusire, Kendrick Scott, Melissa Morgan, Terell Stafford & Dick Oatts, and more recently Michael Rodriguez, Dayna Stephens, Terri Lyne Carrington, and the Clayton Brothers Quintet, led by his father and his uncle, saxophonist Jeff Clayton. Gerald continues to perform regularly with the Clayton Brothers.
In 2009, he released Two Shade, his debut album as a leader, with bassist Joe Sanders and drummer Justin Brown. Sanders and Brown have remained with him for his two subsequent records. It was from this recording that Gerald received a 2010 Grammy nomination in the category of ´Best Improvised Jazz Solo´ for his rendition of Cole Porter´s "All of You."
In 2011, Gerald received a second Grammy nomination, this time for ´Best Jazz Instrumental Composition´, for his piece "Battle Circle" featured on the Clayton Brothers recording, The New Song and Dance.
The same year, Clayton released his second album, Bond: The Paris Sessions. While the expectations may have been high in the aftermath of the acclaimed debut album, Clayton recalls the album coming together organically and with a minimum of stress. "You hear people talk about the curse of the sophomore album, but recording that album – and the whole process leading up to it – was very natural for us as a trio. We´d been touring a great deal at the time and spending a lot of time together, so going into the studio and catching that vibe was completely natural." Bond received a Grammy nomination, Gerald´s third, in 2012 for ´Best Jazz Instrumental Album´.
Life Forum, set for release in April 2013, "might be the most ambitious album yet," states Clayton. "Conceptualizing the music for a group of eight musicians was a new experience for me, and it required more preparation than I was accustomed to. With the addition of lyrics to three of the tunes, as well as some other post-production work, this project has been a departure from my previous two. I´m doing more writing now than I´ve ever done before, and working with Ben Wendel, who produced the record, was very helpful. I really admire his playing and his writing. He and I got together prior to the sessions to talk about the music and map out what I needed to do to get it recorded. In that sense, it was more demanding than the previous records."