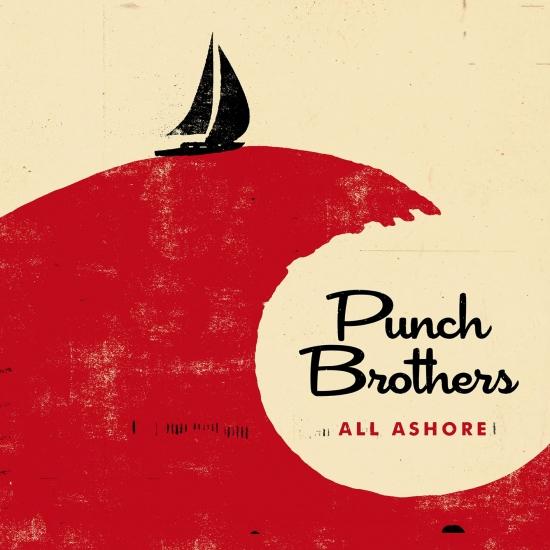 Info for All Ashore

Punch Brothers’ first self-produced album, "All Ashore". The album includes nine original songs written by the band. In celebration of its release, Punch Brothers play at the Telluride Bluegrass Festival on June 24 before embarking on a thirty-six-city US tour, kicking off on July 12 in Charleston, SC and continuing through September 17 at Red Rocks (details on next page); additional stops include Nashville, Boston, New York, Washington, Los Angeles, Chicago, and New Orleans.
All Ashore follows Punch Brothers’ critically acclaimed T Bone Burnett–produced 2015 release, The Phosphorescent Blues, of which NPR said, “Punch Brothers sing of distraction and isolation in the digital age … the sound is all their own.” For All Ashore, the quintet—guitarist Chris Eldridge, bassist Paul Kowert, banjo player Noam Pikelny, mandolinist and lead singer Chris Thile, and fiddler Gabe Witcher—again attempt to make sense of the world around them.
As Thile says, the album is “a meditation on committed relationships in the present day, particularly in the present political climate.” He continues, “We were hoping to create something that would be convincing as a complete thought, in this case as a nine-movement, or nine-piece, thought. Though it’s rangy in what it’s talking about, and in the characters who are doing the talking…”
Punch Brothers returned to the same room at United Recording Studios in Hollywood (formerly Ocean Way) where they had recorded both The Phosphorescent Blues and their 2010 Jon Brion–produced Antifogmatic. Thile says they felt they had “established a rapport” with the space; the same “level of trust and love that breeds confidence” also led them to produce the album themselves, for the first time.
“After four previous experiences we felt like we knew what we wanted. Going in we knew what we needed it to sound like and I think we had a specific enough vision to make the reality match up with that— as opposed to having someone navigate us toward something,” Thile explains. “Also, T Bone last time around, with engineer Mike Piersante, led us to a sonic place where we knew we wanted to be again.”
Punch Brothers 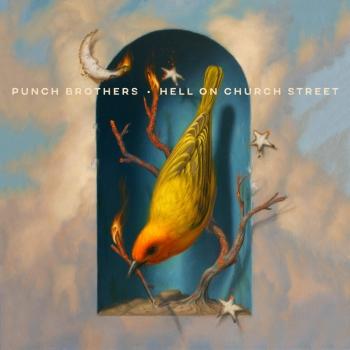 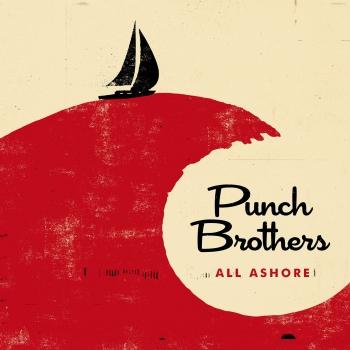 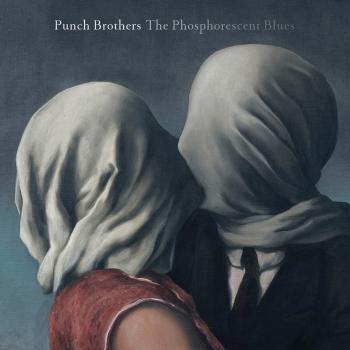 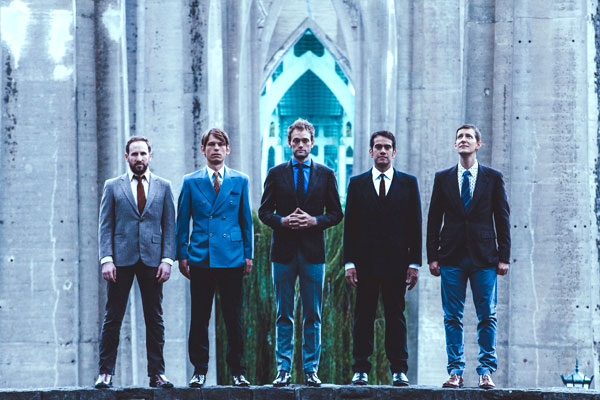 Punch Brothers
are the New York City-based quintet of mandolinist Chris Thile, guitarist Chris Eldridge, bassist Paul Kowert, banjoist Noam Pikelny and violinist Gabe Witcher. Their new album Who’s Feeling Young Now?, produced and engineered by Jacquire King, contains some of the most exhilaratingly direct, sonically daring performances the group has ever recorded. Already, Vanity Fair has hailed the album as “their most expressive work yet as an ensemble — sophisticated, pop-y, kinetic and profound, all at once.” The New Yorker calls it “a mystical alchemy of old-time music and contemporary sensibilities” As the five members, ranging in age from their mid-20’s to mid-30’s, have matured together on the road and in the studio, their approach to writing and performing has, conversely, become looser, simpler, and, in a sense, more unaffectedly youthful. In fact, the title song on the new disc—featuring rumbling bass, skittering violin, and wailing multi-tracked vocals—sounds like hard-charging string-band punk rock.
The group, as virtuosic as it is freewheeling, evolved out of a 2007 collaboration on Thile’s string-band suite, The Blind Leading the Blind, which premiered at Carnegie Hall in a series curated by composer John Adams. Its debut disc for Nonesuch Records, Punch, was released in 2008, followed by the Jon Brion-produced Antifogmatic (2010). The five members each have impressive resumes within the progressive string-band scene and are regularly sought-after as guest stars and session players. Punch Brothers are currently featured on the soundtrack to The Hunger Games and the Chieftains’ 50th Anniversary disc, Voice Of Ages. As guitarist Eldridge notes, “Every little side project we’ve done has helped us come back to Punch Brothers with new ideas and new energy and a new sense of confidence, a righteous need to create stuff.”

Booklet for All Ashore