Last Summer in Rio The Jazzinvaders 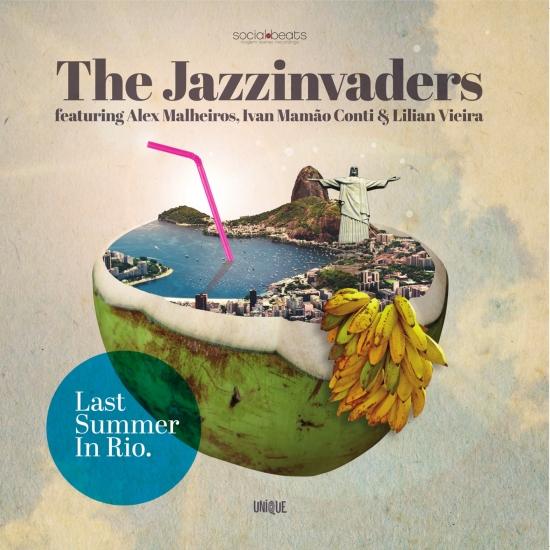 Info for Last Summer in Rio

‘Samba Doido (Crazy Samba)’ is definitely the best term to describe the music of Brazilian band Azymuth. Drummer and bandleader Phil Martin of the Jazzinvaders has been a fan for years. In 2016 The Jazzinvaders were offered an opportunity to work with Azymuth’s bassist Alex Malheiros and drummer Ivan Conti Mamão. After meeting and gigging they decided it would be fun to spend some days in the studio to record some and see what would happen. When the opportunity occurred, new material was written on the spot and some Azymuth classics received the Jazzinvaders treatment. In practically no time (two days) there appeared to be a completely spontaneous recorded album!
The album “Last Summer in Rio” contains five brand new tracks and five re-arranged Azymuth classics. Just like the band did on their previous albums, they managed to stick to their trademark and typical ‘Jazzinvaders Sound’. This time combined with nicely flavoured and surprising samba beats by Alex and Ivan.
The Jazzinvaders unique sound allowed the band to tour all over the world over the past 15 years playing lots of festivals and clubs in countries like Germany, Spain, Belgium, Switzerland, United Kingdom, Austria and also Japan! The bands releases can be found all over the globe and the media seem to like the band a lot too.
On ‘Last Summer in Rio’ The Jazzinvaders present jazz in a refreshing way like no one else can; two steps back and three steps forward. By starting with a groove, The Jazzinvaders will initiate a journey taking the listener where probably someone has gone before, but no one has returned from yet!
Before they can take you along on their journey, you’ll first be able to enjoy the first single ‘Circo Marimbondo’ taken from the new album which will be out once more on Unique Records from Düsseldorf.
The Jazzinvaders
Alex Malheiros, bass
Ivan Conti, drums
Kiko Continentino, clavinet 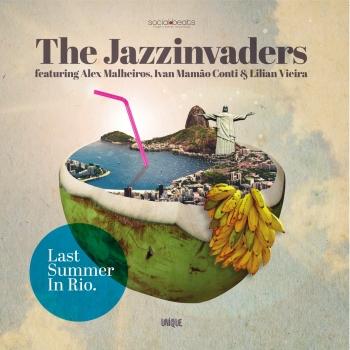