The Daddy of the Violin Joe Venuti 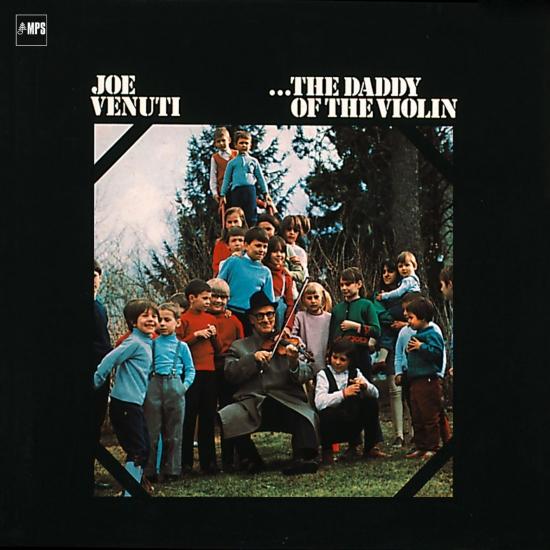 Info for The Daddy of the Violin

Joe Venuti pioneered the jazz violin; his virtuoso playing influenced generations of players from Stephane Grappelli to Jean-Luc Ponty and beyond. Famous for his “hot” style, his recordings with guitarist Eddie Lang in the late 1920s – early 30s are jazz milestones. He worked with the Dorseys, Bix Beiderbecke, and Benny Goodman. Venuti was “rediscovered” in the late 1960s. Recorded in 1971, the album also features the superb American pianist Lou Stein. Signor Venuti’s Gershwin Medley covers an emotive Summertime, an infectious ‘S Wonderful, a relaxed Embraceable You, a happy-go-lucky Lady Be Good, and an expressive Rhapsody in Blue that segues into a jumpin’ I Got Rhythm. Venuti bows to his Italian heritage on O Marie before transforming it into a jaunty piece of swing. After You’ve Gone has Joe playing melody-driven improvisations with seemingly limitless creative embellishments. Fats Waller’s Honeysuckle Rose is taken at a medium-slow pace with lots of feel before double timing it. Lover begins romantically, then moves into ¾ before ending up in a romping 4/4. The Dixieland classic Muskrat Ramble has a stately bounce as Venuti trades with the drums. Venuti’s One Finger Joe is a medium-tempo blues that jumps into double time. Originally recorded in 1927, the Venuti-Lang composition Doin’ Things sold over 600,000 copies and made Venuti a star – a fitting piece to end on.
Joe Venuti, violin
Lou Stein, piano
Marco Ratti, bass
Gil Cuppini, drums
Recorded March 29, 1971 at MPS-Studio Villingen, Germany
Produced by Joachim E. Berendt
Digitally remastered 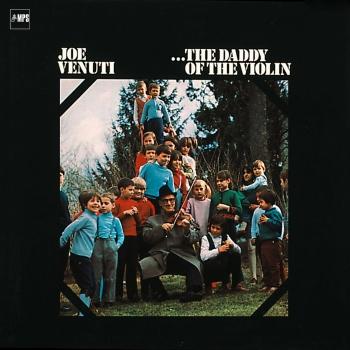 The Daddy of the Violin 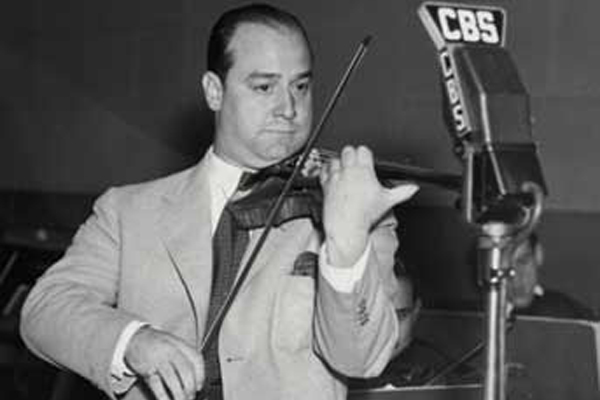 Joe Venuti
was the first great violinist of Jazz. The music he made with Eddie Lang would later be a major influence on Django Reinhardt and Stéphane Grappelli in France. He was born aboard a ship as his parents emigrated from Italy and trained to be a classical violinist from an early age. He met Eddie Lang in 1913 while attending school in Philadelphia and started a local group with him three years later. The two would go on to play and record with each other frequently up until Lang's death in 1933. Venuti played briefly with Red Nichols, toured with Jean Goldkette and played in the orchestra of many Broadway shows. He co-led a band with Eddie Lang off and on through most of the 1920's, that included Jimmy Dorsey, Red Nichols and Frank Signorelli of the Original Dixieland Jass Band. In 1929 he joined the Paul Whiteman Orchestra but was injured in an auto accident; he was able to re-join the band in 1930. Venuti was able to keep working as a musician the rest of his life. He enjoyed a resurgence of interest in the 1970s.