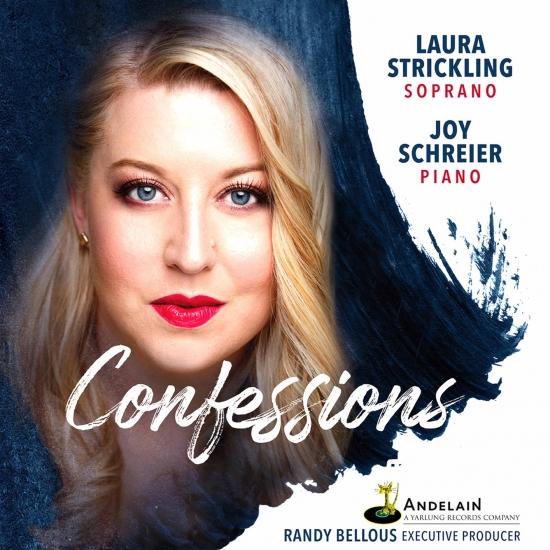 Soprano Laura Strickling returns to the Yarlung family with Confessions, a personal triumph and journey into contemporary art song repertoire. The album opens with Laura’s haunting interpretation of Clarice Assad’s vulnerable and intimate song cycle Confessions and Gilda Lyons’ evocative Songs of Lament and Praise written to anonymous Irish poems and prayers from the 10th, 11th and 12th centuries.
Yarlung fans know Laura well from her spectacular concert recording of James Matheson’s Times Alone, which she performed with Tom Sauer at Segerstrom Center for the Arts. Many of you joined us for this concert. It remains one of my favorite musical memories.
And now with Confessions, join Laura as she explores her personal strengths and weaknesses through songs written by leading 21st Century composers, many of whom are close personal friends. We travel with Laura through a complex psychological landscape as we lament the death of a child, fight the temptations of yet another helping of coffee or pistachio ice cream, or hope for redemption through love. Laura takes us on a terrific journey. (Bob Attiyeh)
I love singing and I love song. Not a surprising declaration for a singer, you might think. But why song, in particular? First: Words matter. When a composer sets beautiful and important words to music, we hear, understand, and internalize them in a different way than we do when we read them or hear these words as speech. In the course of any recital the audience learns something about who I am as a singer, but also who I am as a person – what I believe, what moves me, my insecurities, my struggles, my fears, my hopes, what makes me happy.
“...brought a flexible voice, crystalline diction, and warm presence..." (The New York Times)
Laura Stricking, soprano
Joy Schreier, piano
Sarah McIver, flute 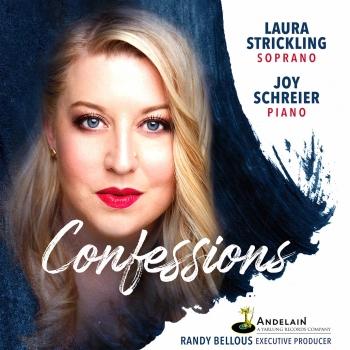 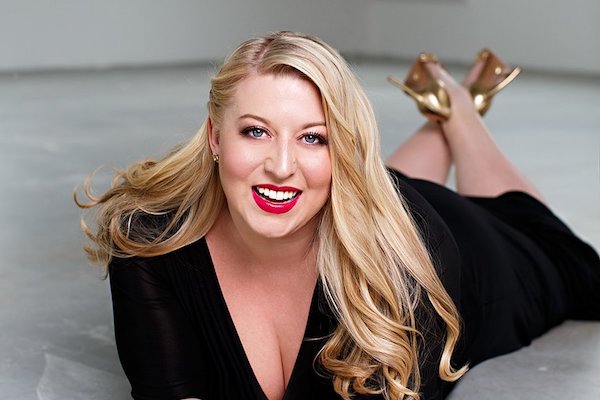 Laura Strickling
has been recognized by The New York Times for her, “flexible voice, crystalline diction, and warm presence.” Celebrated for her work performing and promoting art song, with an emphasis on new additions to the canon, she curated The New Music Shelf Anthology for Soprano and has collaborated with numerous composers including Tom Cipullo, Juliana Hall, Libby Larsen, James Matheson, John Musto, and Glen Roven. She is on the roster of the Brooklyn Art Song Society, and has appeared with Cincinnati Song Initiative, Mexicoliederfest, Calliope’s Call, Liederfest in Suzhou (China), the Afghanistan National Institute of Music, Lyric Fest, Joy in Singing, Trinity Concerts at One, the American Liszt Society, Baltimore Lieder Weekend, the Half Moon Music Festival, Concerts on the Slope, National Sawdust, Art Song at the Old Stone House, the Brooklyn New Music Collective, SongFusion, was a featured performer at the 2016 New Music Gathering, and presented a radio broadcast recital of American songs on “Live from WFMT” in Chicago with pianist Daniel Schlosberg. Laura and pianist Liza Stepanova were Artists in Residence at the Yellow Barn Music Festival, where they presented a program of Granados and modern songs in Spanish, including the world-premiere of Ciudades del Porvenir by Reinaldo Moya. She has presented guest artist recitals and lectures at the University of Georgia, Mercer University, College of William and Mary, Mercer University, University of Notre Dame, New World School of the Arts, Notre Dame University of Maryland, Pittsburg State University, McDaniel College, St. Mary’s College, and University of Richmond. She is on the New Music Advisory Board of the Brooklyn Art Song Society, and the Advisory Board of Cincinnati Song Initiative.
Equally acclaimed for her work on the concert stage, she has appeared at Carnegie Hall, Avery Fisher Hall at Lincoln Center, the Kennedy Center, National Sawdust, Trinity Church on Wall Street, Washington National Cathedral, and the Opera America Center. Her, “powerful and expressive voice across a large range, her variety of timbre and character,” (Classical Scene), make her a welcome guest soloist for a range of oratorio and concert works, from Handel to Britten. These include Messiah with the Indianapolis Symphony and the Richmond Symphony, Gloria (Poulenc) with the Asheville Symphony, Exsultate jubilate (Mozart) with the Cathedral Choral Society, Mass in c minor (Mozart) with the Richmond Symphony, Cathedral Choral Society, and Berkshire Choral International, Stabat Mater (Dvorak) and Elijah (Mendelssohn) with Berkshire Choral International, Ein Deutsches Requiem (Brahms) with the Bel Canto Chorus of Milwaukee and Chorosynthesis, Luonnotar (Sibelius) and Les Illuminations (Britten) with the Tanglewood Music Center Orchestra, Knoxville: Summer of 1915 (Barber) and Les Illuminations (Britten) with Mexicoliederfest, Ninth Symphony (Beethoven) and Carmina Burana (Orff) with Choralis, as well as Requiem (Mozart), Credo Mass (Mozart), Dixit Dominus (Handel), Gloria (Vivaldi), Lord Nelson Mass (Haydn), and Mass in C (Beethoven). Her performance of Mozart’s Mass in C minor and Exsultate jubilate with the Cathedral Choral Society was broadcast by WETA, and her performance of Poulenc’s Gloria with the Asheville Symphony was broadcast by Blue Ridge Public Radio.
On the opera stage, Ms. Strickling created the role of Fanni Radnòti in the World Premiere of Tom Cipullo’s opera The Parting with Music of Remembrance in Seattle and San Francisco. An alumna of the Berkshire Opera Company resident artist program, Opera News praised her performance of the Dew Fairy in Humperdinck’s Hansel and Gretel, "Laura Strickling offered the creamy, clear, younger-sister-of-Eva-Pogner instrument ideal for singing the role over full orchestration." She appeared as Pamina in the Metropolitan Opera Guild's touring outreach production of The Magic Flute. Ms. Strickling’s operatic roles also include Countess Almaviva (Le nozze di Figaro), Cleopatra (Julius Caesar), Mimi (La boheme), Dinorah (Dinorah), Elvira (L’Italiana in Algeri), Josephine (H.M.S. Pinafore), Gretel (Hansel and Gretel), and Micaëla (Carmen). She created the role of Muriel in the world premiere of Thomas Benjamin's The Alien Corn with the Peabody Opera Theater.
She received critical acclaim in the Naxos Opera Classics recording of The Parting by Tom Cipullo (co-starring baritone Michael Mayes and mezzo-soprano Catherine Cook) for her, “…deeply expressive, secure voice. Her exposed highs are managed wonderfully, with notable beauty.” James Matheson’s Times Alone on Yarlung Records was hailed by MusicWeb International for, “shapely, nuanced voicings and emotional urgency...a striking directness.” Glen Roven’s The Vineyard Songs with pianist Michael Brofman is on New Voices, the Billboard Classical Top-Ten-selling CD. She can also be heard on New American Song@SongFest, performing Jake Heggie’s Edna St. Vincent Millay with pianist Dimitri Dover, and on The Garden: Songs and Vocal Chamber Music of Tom Cipullo, performing the landmark song cycle Of a Certain Age with pianist Liza Stepanova. Her upcoming recordings include her first solo project of American art song, with pianist Joy Schreier, on the Yarlung label.
A Chicago native, Ms. Strickling is an avid traveler, having lived in Morocco, where she studied classical Arabic at the Arabic Language Institute of Fez, and Kabul, Afghanistan, where her husband was the founding chair of the Department of Law at the American University of Afghanistan. She currently makes her home in St. Thomas, U. S. Virgin Islands.