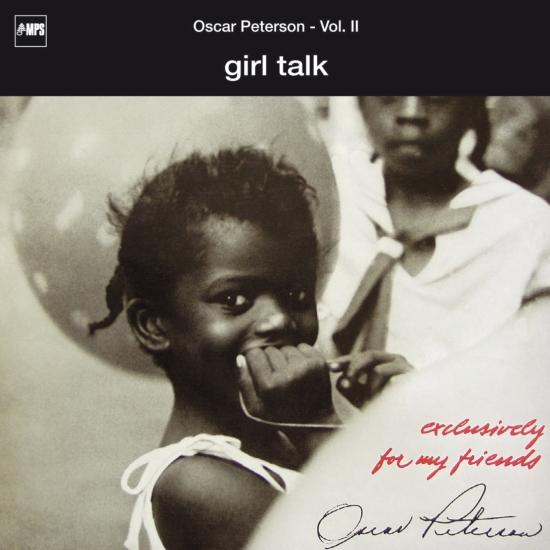 One of a number of memorable albums recorded by Oscar Peterson for MPS during the mid-'60s, Girl Talk was compiled from several live studio sessions taped between 1964 and 1966, with bassist Sam Jones and either Bobby Durham or Louis Hayes on drums.
Peterson's romping right hand helps this normally bland show tune. The pianist's imaginative unaccompanied introduction to 'I'm in the Mood for Love' adds a new dimension to this old chestnut, with the rhythm section making a belated entrance; it is rather unusual to hear the trio play on just one song for 17 minutes. The title track, an overlooked gem jointly written by Bobby Troup and Neal Hefti, finds the leader in a bluesy mood.
The relaxed but jaunty treatment of 'Robbin's Nest' follows a powerful medley of 'I Concentrate on You' and 'Moon River' to wrap up this highly recommended session.“ (Ken Dryden)
Recorded at the private studio of Hans Georg Brunner-Schwer on 18. October 1965, 24. March 1966 and 12. November 1967
Recorded and engineered by Hans Georg Brunner-Schwer
Produced by Hans Georg Brunner-Schwer
Digitally remastered