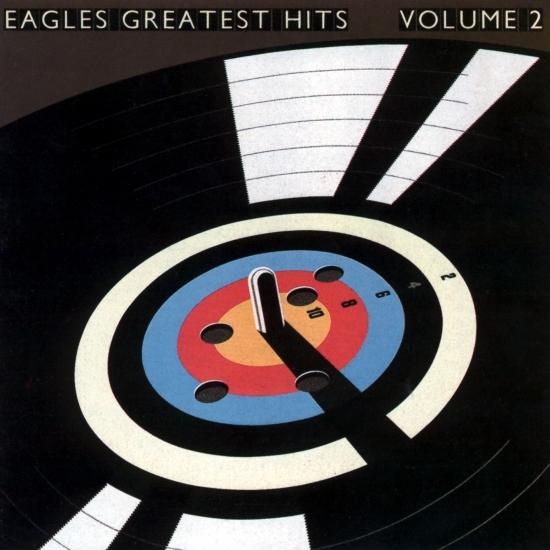 Eagles Greatest Hits, Vol. 2 is the second compilation album by the Eagles. It features many of their biggest hits not on Their Greatest Hits (1971–1975), including 'Hotel California', their signature song. The album was released in 1982, by which time the band had already broken up. That same year, Don Henley and Glenn Frey both released their debut solo albums.
The compilation features 8 combined tracks from Hotel California and The Long Run as well as 'After the Thrill Is Gone', an album track from One of These Nights, and 'Seven Bridges Road', the single from 1980's Eagles Live. The album has sold over 11 million copies in the U.S. alone since its release.
„With the Eagles having officially disbanded in May 1982, leaving behind eight Top 40 hits that followed the release of the spectacularly successful Eagles: Their Greatest Hits 1971-1975, Asylum Records naturally compiled a second hits collection for fall 1982 release. Seven of those hits were included (the exception being the seasonal 'Please Come Home for Christmas'), along with three LP tracks, one each from One of These Nights, Hotel California, and The Long Run. Disdained by longtime fans and by the Eagles themselves, the collection was perfect for listeners who knew the band through number one radio hits like 'New Kid in Town,' 'Hotel California,' and 'Heartache Tonight.' It also spared them having to buy mediocre albums like The Long Run and Eagles Live just to have copies of the best-known songs from those releases. No wonder, then, that over the years, Eagles Greatest Hits, Vol. 2 achieved multi-platinum status.“ (William Ruhlmann, AMG)
Don Felder, vocals, guitars
Glenn Frey, vocals, guitars, keyboards
Don Henley, vocals, drums
Bernie Leadon, vocals, guitars (track 10)
Randy Meisner, vocals, bass (on tracks 1, 4, 6, 8, 10)
Timothy B. Schmit, vocals, bass (on tracks 2, 3, 5, 7, 9)
Joe Walsh, vocals, guitars, keyboards
Produced by Bill Szymczyk
Digitally remastered