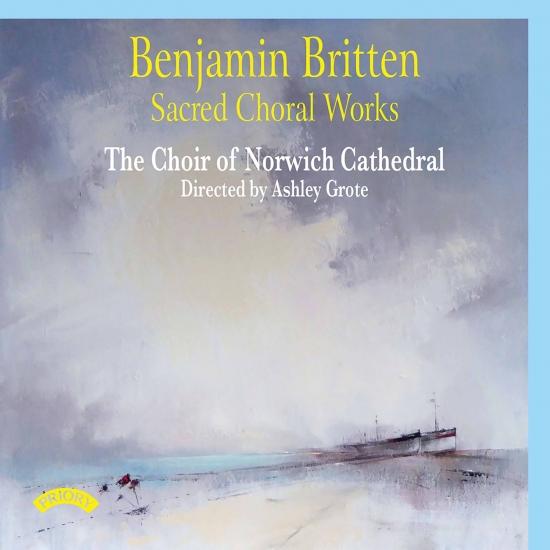 Norwich Cathedral Choir’s latest album celebrating the music of East Anglian composer Benjamin Britten will be released Sunday 4 October. Britten: Sacred Choral Works was recorded in February this year and is being released on the Priory Records label.
One of the foremost British composers of the 20th century, Britten’s life was closely associated with East Anglia. Living in Aldeburgh, Britten had strong connections with Norfolk and with Norwich itself. It was whilst he was only a pupil at Gresham’s School in Holt that he composed his Hymn to the Virgin, one of his best-known small choral works, which is heard on this new recording.
Britten attended the Triennial Norfolk and Norwich Festivals in 1924 and 1927, where he met Frank Bridge, who was to become his composition teacher. His Song-Cycle Our Hunting Fathers was commissioned by the Festival and premiered in Norwich in 1936. In 1955, Britten composed his Hymn to St Peter, also heard on this disc, for the Quincentenary of the church of St Peter Mancroft.
The choir’s new recording also features Britten’s A Ceremony of Carols, in which the boy and girl choristers’ voices are heard with harp accompaniment. The first performance of this now famous work was given in Norwich Castle in December 1942, after Britten had composed it whilst travelling by sea back from America during the war. It has now become traditional for the Norwich Choristers to perform this piece each January as part of the Cathedral’s Epiphany celebrations.
Directed by the Master of Music, Ashley Grote, and accompanied on the organ by David Dunnett (Cathedral Organist) and George Inscoe (Assistant Organist), the disc also includes many of Britten’s best-loved compositions for the Church, including his settings of the Te Deum in C major and E major, the Hymn to St Cecilia and his cantata Rejoice in the Lamb.
The Choir of Norwich Cathedral
Ashley Grote, direction 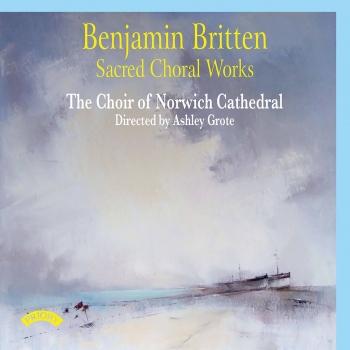 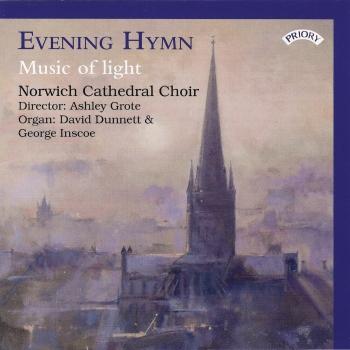