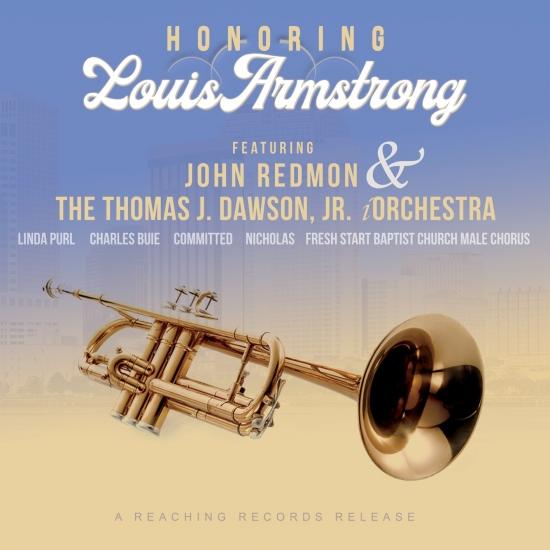 10-track, gospel-flared jazz album Honoring Louis Armstrong featuring John Redmon and accompanied by the world-renowned Thomas J. Dawson, Jr. iOrchestra. Redmon, Dawson and a host of stellar talent from around the nation have come together on one unforgettable recording to pay homage to a man of inescapable influence…Rhythm & Blues Hall of Fame Inductee Louis Armstrong.
"The joy and spirit of Louis Armstrong is celebrated by vocalist John Redman along with the support the Thomas J. Dawson J. Orchestra and various vocals guests. Redmon does his best to emulate Satchmo’s voice throughout, sometimes sounding more like Tom Waits, but it still works, as he sings of hope and spirit with the chorus “Committed” on the heartfelt hymn “Blessed Assurance” while he is joined by the Fresh Start Baptist Male Chorus on a two stepping “When The Saint” and a soulful “Precious Lord”. Guest vocalist Charles Buie gives a Johnny Mathis-y “Smile”, with the entire album bookended by Redmon singing about a dream about a world without judgment, akin to “What A Wonderful World” and then ironically ending with a dreamy “Imagine” that talks about “no heaven” after singing an album of Christian songs. The heart and hope is there, however, even with the head scratch of the Lennon lyrics." (George W. Harris, Jazzweekly)
John Redmon, vocals
Thomas J. Dawson, Jr., piano, conductor
iOrchestra
Special guests:
Linda Purl, vocals
Charles Buie, vocals
Committed, vocals
Phil & Brenda Nicholas, vocals
Fresh Start Baptist Church Male Chorus 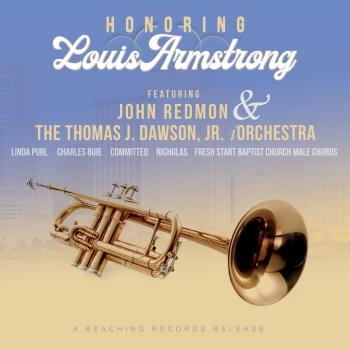 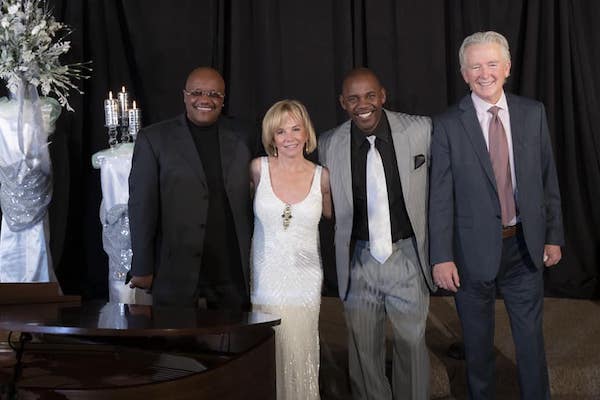