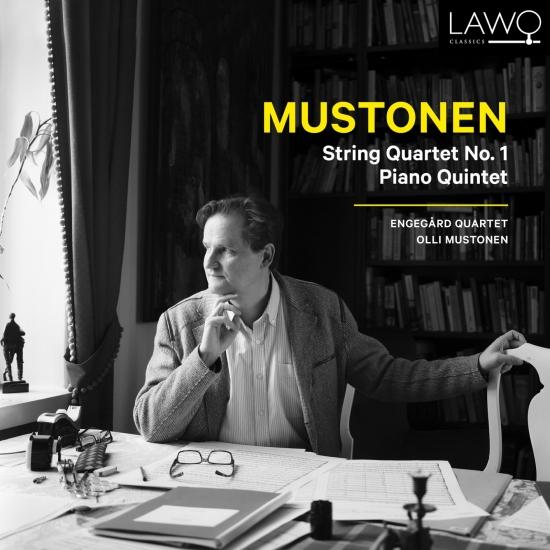 This release is an important milestone in the collaboration between the Finnish composer and pianist Olli Mustonen and the Norwegian string quartet Engegård Quartet.
The recording includes Mustonen's String Quartet No. 1, commissioned and premiered by the Engegård Quartet, and a slightly earlier work, the Piano Quintet. This is the first recording of both of these works.
Olli Mustonen is one of the Nordic countries' most sought after musicians, as pianist, conductor and composer. His compositions are performed worldwide. While the Engegård Quartet has commissioned several works from Norwegian composers, the String Quartet No 1 is their first international commission.
Olli describes many of his works as a journey from darkness towards light, and these two pieces are no exception. We feel that Olli's compositions are deeply spiritual while they have an almost ritualistic magnetism. This raw irresistibility is made even more powerful by the tight structural forms Olli masters in his compositions.
The movement titles speak volumes; it's like reading recipe books - one's mouth waters just reading them. The String Quartet No 1 opens with "Impetuoso, con passione e molto rubato (quasi senza tempo)". The second movement is a driven "Furioso e pesante", before the spiritual heart of the work, "Grave - estatico e misterioso". The Finale opens with a strong reference to the first movement before a romping "Con fuoco all'Ungharese" which Olli correctly describes as being full of ecstasy and instrumental joy.
The Piano Quintet consists of three movements. The first movement is filled with drama and passion. Its’ atmosphere is reminiscent of Mustonen's Second Symphony Johannes Angelos – a work that has been inspired by a historical novel set in turbulent times during the last months of the Byzantine Empire. The second movement is a set of polyphonic variations in a form reminiscent of a passacaglia. The third and final movement opens in a mysterious, almost non-coherent way, before a hymnlike transition to fast-moving triplets lead to a joyful and ecstatic conclusion.
Engegård Quartet
Olli Mustonen, conductor 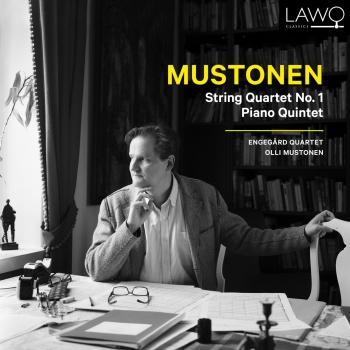 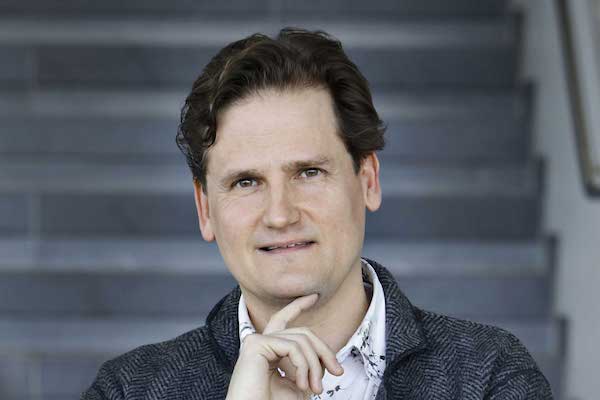 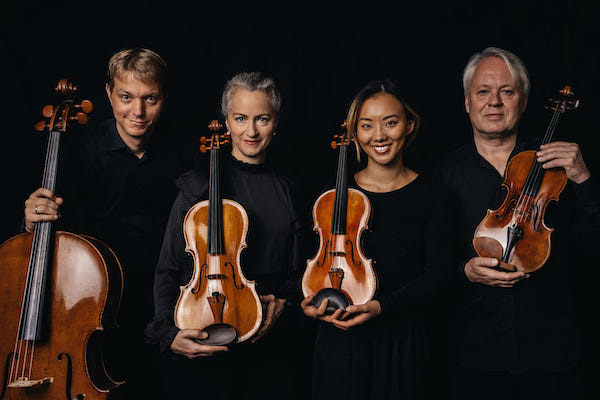 Olli Mustonen
Currently Artistic Director and Principal Conductor of the Turku Philharmonic Orchestra, Olli Mustonen has a unique place on today’s music scene. Following the tradition of great masters such as Rachmaninov, Busoni and Enescu, Mustonen combines the roles of his musicianship as composer, pianist and conductor in an equal balance that is quite exceptional, often bringing them together in one fascinating triple role performance.
During an illustrious career, Mustonen has brought his extraordinary musical insight to many of world’s most significant orches­tras, including the Berlin Philharmonic, New York and Los Angeles Philharmonic orchestras, Chicago Symphony, Cleveland Orchestra, Royal Concertgebouw Orkest, Mariinsky Theatre Orchestra, Orchestre de Paris and all the London orchestras.
Recipient of the 2019 Hindemith Prize of the City of Hanau, Mustonen’s life as a composer is at the heart of his piano playing and conducting. Frequently bringing his own works to the chamber music stage, recent seasons have seen the World Premiere of his work Taivaanvalot (Heavenly Lights) for Tenor, Cello and Piano at Het Muziekgebouw, Amsterdam, performed by Mustonen himself, alongside Ian Bostridge and Steven Isserlis. Further performances took place at London’s Wigmore Hall and in Hong Kong. A further World Premiere was his new string sextet, commissioned by the Beethoven Festival Bonn and first performed in February 2020.
As a recitalist, Mustonen has appeared in recent seasons at the Diaghilev Festival Perm, Dresden Festival, Cal Performances Berkeley, Symphony Center Chicago, New York Zankel Hall and Sydney Opera House. With Steven Isserlis, Mustonen has performed as a duo for more than thirty years. 2019 saw the release of their disc of Russian works for cello and piano on the Hyperion label.
Particularly close to Mustonen’s heart are the piano concertos of Beethoven, Prokofiev, and Bartok, all of which he has performed with leading orchestras. His repertoire also includes Respighi’s Concerto in modo misolidio, which he has recorded with the Finnish Radio Symphony and Sakari Oramo on the Ondine label. A recently completed recording project has been all of Bartok’s and Prokofiev’s piano concertos, also for the Ondine label.
Engegård Quartet
Formed under the midnight sun in Lofoten in 2005, the Engegård Quartet has rapidly become one of Norway’s most sought after ensembles. Their bold, fresh interpretations of the classical repertoire combined with a deep attachment to their Scandinavian roots has attracted international acclaim, and inspired some innovative partnerships and programming. The quartet’s debut CD was praised as ‘breath-taking’ in The Strad, while their second release won Pizzicato magazine’s ‘Supersonic Award’. Their CD of works by Grieg, Sibelius and Olav Anton Thommessen was praised by Tully Potter in Music Web International as ‘what Grieg lovers have been waiting for’. Recent CD releases include Mozart’s ‘Prussian Quartets’ and the complete string quartets of Schumann.
The Engegård Quartet has a busy concert schedule throughout Scandinavia and further afield. They have performed in some of Europe’s finest venues including the Mozarteum in Salzburg and Prague’s Rudolfinum, and have travelled to South America for concerts in Bogotá and Sao Paolo. Festival performances include the Delft Chamber Music Festival, SoNoRo Festival in Bucharest, and Heidelberg’s Streichquartettfest. Members of the quartet are also deeply involved in bringing superb chamber music to Norway – Arvid Engegård as founder of the Lofoten International Chamber Music Festival, and Juliet Jopling as artistic director of the Oslo Quartet Series.
The Engegård Quartet has had the honour to work with (among others) András Schiff, Leif Ove Andsnes, Christian Ihle Hadland, and Emma Johnson. They also love to collaborate with colleagues from different musical traditions, including a folk/classical fusion with Hardanger fiddler Nils Økland, a collaboration with jazz-violinist Ola Kvernberg, and a programme of Ibsen and late Beethoven with actor Bjørn Sundquist. The Engegård Quartet’s own ‘1-2-3 mini-festival’ has proven immensely popular and is now a regular event each fall.