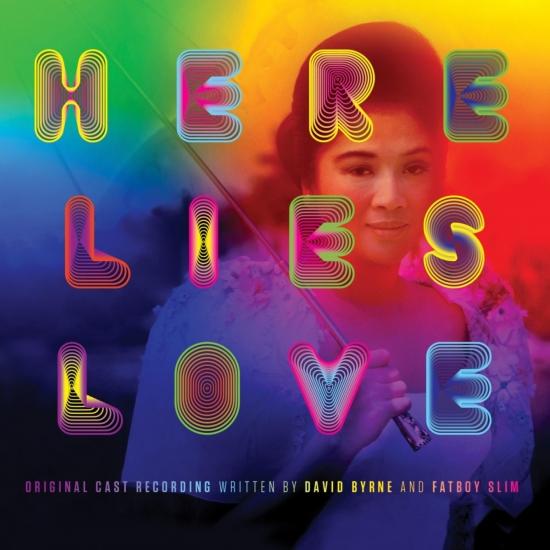 HERE LIES LOVE is the revolutionary musical experience from David Byrne and Fatboy Slim that's being called “A LIFE-GIVING, ROOF-RAISING, BOOTY-SHAKING BLAST OF PURE JOY!” (Vogue). This thrillingly immersive show retraces the astonishing journey of Filipina First Lady Imelda Marcos from her meteoric rise to power to her descent into infamy and the People Power Revolution. HERE LIES LOVE blends the passion of politics with heart-pounding dance beats for an exhilarating and completely unmissable event. POWER TO THE PARTY!
David Byrne and Fatboy Slim have paired up for HERE LIES LOVE. The recording features music by David Byrne and Fatboy Slim as performed by the original 2013 Public Theater cast of the Here Lies Love musical starring Ruthie Ann Miles and Jose Llana as Imelda and Ferdinand Marcos.
HERE LIES LOVE premiered at New York’s Public Theater in April of last year and was extended four times. It won an Obie Award for music and lyrics; an Outer Critics Circle Award; Drama Desk Awards for Outstanding Music, Lighting Design, and Projection Design; and two Theatre World Awards.
Marcos’s love for disco and club music served as the inspiration for the musical, telling the story of Filipina First Lady Imelda Marcos, retracing her meteoric rise to power and subsequent descent into infamy and disgrace at the end of the People Power Revolution.
HERE LIES LOVE, which draws its name from Imelda’s requested tombstone epitaph, was originally released in 2010 as an album with multiple singers performing the lead roles, including Santigold, Florence Welch (Florence + The Machine), Sia, Steve Earle, St. Vincent, Natalie Merchant, Tori Amos, Sharon Jones, Nicole Atkins, and many others.
The cast recording of HERE LIES LOVE features seven new songs written specifically for the musical including “Child of the Philippines,” “The Fabulous One,” based on Ninoy Aquino’s famous speech “A Pantheon for Imelda,” and “God Draws Straight,” based on the book People Power: An Eyewitness History. Of the new songs written for the musical, Byrne says “I was thrilled with the result—I’d been gently nudged by my collaborators to write something that I’d never tried before.”
Melody Butiu (Estrella)
Jose Llana (Marcos)
Kelvin Moon Loh (D. J.)
Ruthie Ann Miles (Imelda)
Conrad Ricamora (Aquino)
Renée Albulario, Natalie Cortez, Debralee Daco, Joshua Dela Cruz, Jeigh Madjus, Maria-Christina Oliveras, Trevor Salter, Janelle Velasquez (Ensemble) 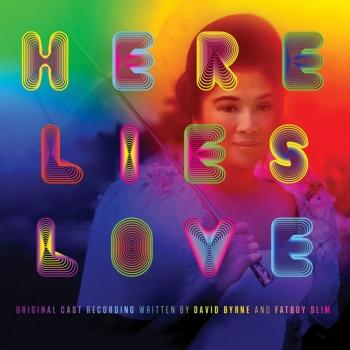 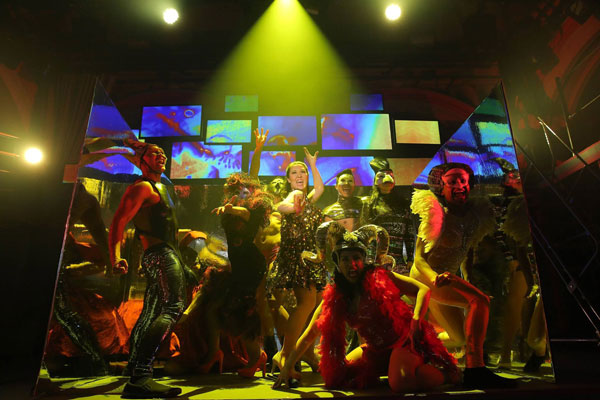 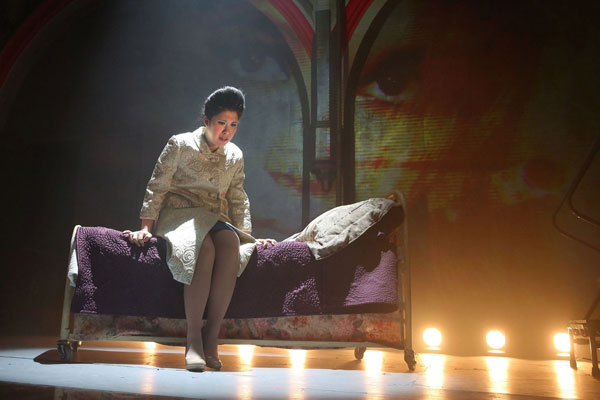 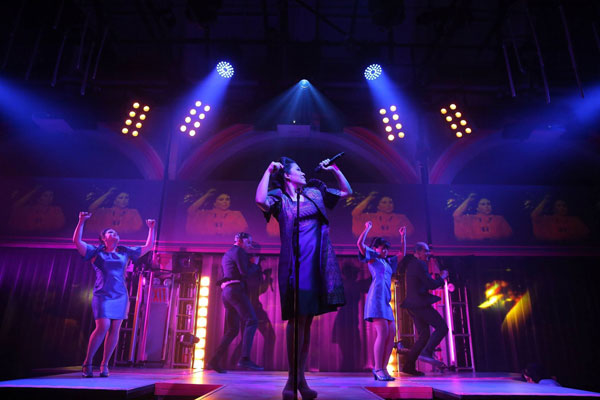 David Byrne
is well known as the musician who co-founded the group Talking Heads (1976–88) in New York. On record and in concert, the band was acclaimed by critics and audiences alike; more importantly, however, they have proven to be extremely influential. Talking Heads took popular music in new directions, both in terms of sound and lyrics, and also introduced an innovative visual approach to the genre.
In 2002 Talking Heads were inducted into the Rock and Roll Hall of Fame. In 2003 a lovely boxed set was released which includes a DVD of all the band's videos, and in 2005 a Brick was released with the complete studio catalog on dualdisc with previously unreleased audio and video material.