The Thought Of You Otis Brown III 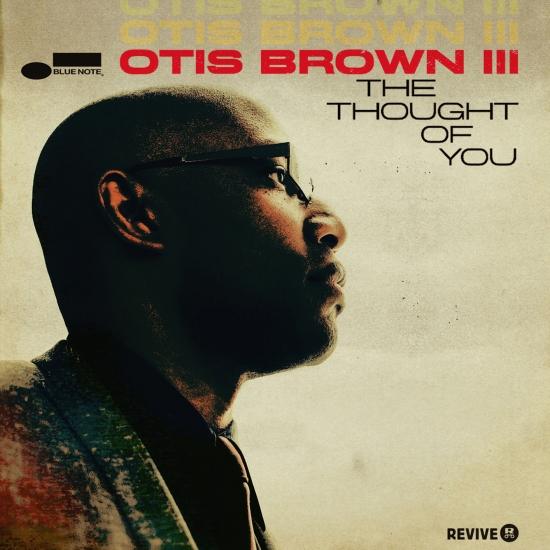 Info for The Thought Of You

Modern journeyman jazz drummer Otis Brown III – an invaluable sideman with the likes of Esperanza Spalding, Joe Lovano, Terence Blanchard, Oliver Lake, Somi, and others comes up with a very nice album called „The Thought of You“.
Brown’s maiden voyage features an impressive roll call of artists including a core band consisting of pianist Robert Glasper, trumpeter Keyon Harrold, saxophonist John Ellis, and bassist Ben Williams, with organist Shedrick Mitchell and guitarist Nir Felder making special appearances. Singers Bilal, Gretchen Parlato, and Nikki Ross contribute standout performances that underscore the sentiments of the album’s co-producer, Derrick Hodge, who says, “Otis has become one of those drummers who once you hear him play, his experience becomes your experience in the moment.”
“Everything on this record is a part of me,” says Brown of the 11-track set which features originals from Brown and his bandmates as well as unexpected covers. The album embodies the essence of what Brown holds most dear: faith and family. These themes run throughout from a stunning gospel medley featuring Ross to the reinvention of Shania Twain’s “You’re Still The One” – one of two dedications to Brown’s wife – which is given a complete makeover with a new arrangement by Glasper and a moving vocal performance by Parlato.
Brown’s “family first” philosophy shines through right out of the gate with the album’s opener “The Way (Truth & Life),” co-written with Glasper. The highly energetic and lyrical piece features the album’s core quintet which, with the exception of Williams, re-assembles their college jazz ensemble from their days at The New School for Jazz and Contemporary Music in New York City.
“The most special thing about working with Otis is simply the joy he gets out of playing music; it's all over his face like a little kid,” says Glasper. “People have lost that joy and take playing too seriously.” This point is well illustrated on “The Thought of You”; a jam session-like trilogy weaved throughout the album which opens with a signature vamp from Glasper and Brown providing a knocking backbeat before the group breaks into a glorious swing with Bilal, a vocalist of astonishing versatility offering a rare glimpse at his bona fide jazz chops.
Robert Glasper, keyboards
Keyon Harrold, trumpet
John Ellis, saxophone
Ben Williams, bass
Otis Brown III, drums
Additional musicians:
Shedrick Mitchell, organ
Nir Felder, guitar
Bilal, vocals
Gretchen Parlato, vocals
Nikki Ross, vocals 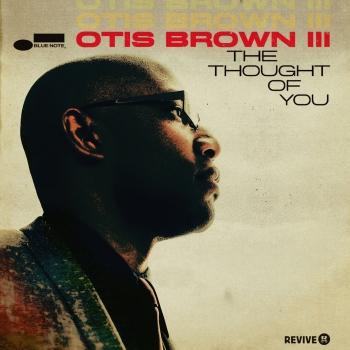 The Thought Of You 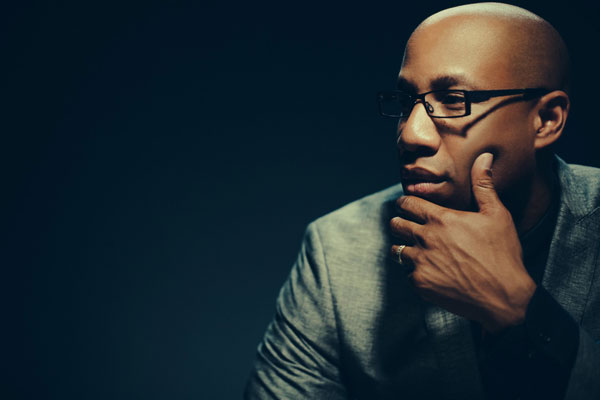 Otis Brown III
The son of musicians and music educators, New Jersey native Otis Brown grew up to the sounds of jazz, gospel, funk and rhythm and blues. His father, a jazz band instructor, played with James Brown and Al Green. His mother, an educator who also served as principal at Newark’s Arts High School (alma mater to jazz greats Sarah Vaughan and Wayne Shorter), was also a choir director and classically trained pianist. One could surmise that Brown had no choice in the matter when it came to his profession, yet he felt no pressure by his musically-immersed childhood. “I think they understood that it has to, in a way, choose you; you can’t really force it on somebody,” says Brown of a career in music. “My parents were great about that.”
After playing saxophone and drums in school and church, and attending Delaware State University as music major, Brown crossed paths with jazz icon Donald Byrd and his course was dramatically altered. Byrd, who was Artist in Residence at DSU, convinced Brown to think beyond a career in music education and go to New York City to be in the thick of things. “It was life changing,” says Brown, who after studying at The New School for Jazz and Contemporary Music and the Thelonious Monk Institute, caught the attention of Joe Lovano. Initially subbing for Lewis Nash and Idris Muhammad in Lovano’s bands, Brown became a founding member of Lovano’s Us Five quintet, recording three albums, including the GRAMMY-nominated Bird Songs.
Esperanza Spalding holds Us Five’s bass chair, and the musical camaraderie shared with Brown resulted in his joining her band and recording on her debut album. “He always gave and gives one hundred and ten percent of himself musically on the bandstand,” says Spalding, which is a sentiment inspired by most every musician who encounters Brown. “You always get the feeling playing with him, about the humility in his spirit and his willingness to do whatever it takes to take the music to its highest level,” says Ben Williams. That humility is rooted in Brown’s faith which is his personal and professional foundation. “It’s critically important for me; it’s the reason I play,” says Brown. “Without sounding contrived, I think it’s super important for how we try to raise our children, and just for every aspect of life, and music is one of those aspects and avenues for me. Without it, it would be pointless to me. It’s the reason for everything I do.”