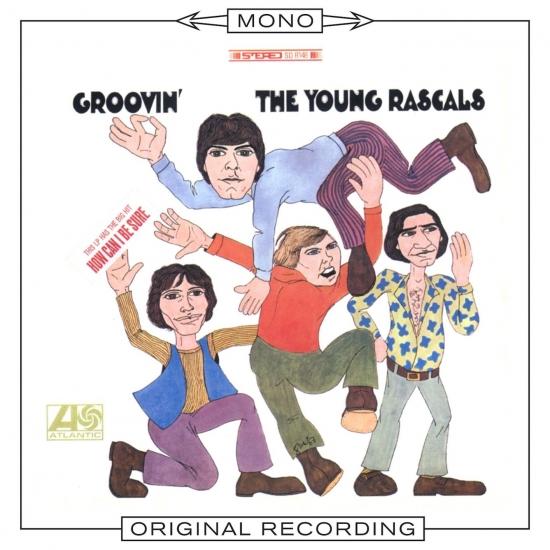 „The Rascals move into the era of psychedelia with a vengeance on this album -- their best of their entire history -- which also retains a soulful core and adds a bit of a Latin beat. The original album on Atlantic was a monster seller thanks to the title track, practically the group's signature tune (number one on the pop charts, number three on R&B), but 'Groovin'' was only one small strong point on the album of the same name.
'Find Somebody' marked a return to the group's garage band sound with a psychedelic twist, including phased fuzztone guitars and some catchy lyrics and choruses. 'How Can I Be Sure' is the second-best-known song off of this album, but it has a fully successful companion piece, 'I'm So Happy Now,' which applies similar instrumentation to very different (but pleasing) effect. Gene Cornish's 'I Don't Love You Anymore' could be the finest pop song in the band's repertory apart from 'How Can I Be Sure,' with a delectable guitar part, scrumptious melody, and delicious chorus. 'You Better Run' was more than a year old when it turned up on this album, and its garage band sensibilities are a bit more primitive than those of 'Find Somebody,' but it's a great piece of rock & roll.
The band turns in one superb Motown cover, 'A Place in the Sun,' done in a surprisingly subdued fashion. And for a finale, Cavaliere and Brigati turn in an exultant period piece, 'It's Love,' whose soaring lyrics are matched by guest artist Hubert Laws' flute -- alas, his presence would point the way toward less effective, more disjointed work in the group's future, as they moved more deeply into psychedelia.“ (Bruce Eder, AMG)
Felix Cavaliere, vocals, keyboards, organ
Eddie Brigati, vocals, percussion
Gene Cornish, vocals, guitar, bass, harmonica
Dino Danelli, drums
Additional musicians:
David Brigati, vocals
Hubert Laws, flute
Chuck Rainey, bass
Recorded from December 28, 1966 - June 22, 1967
Produced by The Young Rascals
Digitally remastered 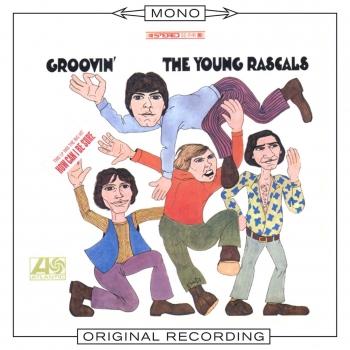 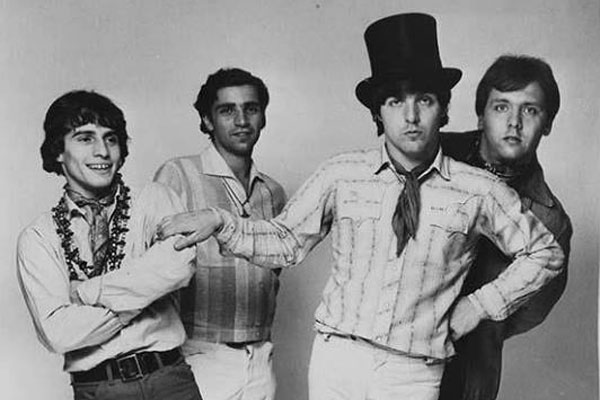 The Young Rascals
Over the last 40+ years, precious little on this amazing band has ever been available to the public outside of their officially released studio recordings, several video clips and some vintage teen magazine articles. This is largely due to the fact that during the band's tenure as one of the most successful groups of the era, the Rascals' organizers and management never sought to officially record or visually document the band's career. As a result, there is no group ownership of performance films, television appearances, live recordings or other such materials required to stay competitive in today's high-tech world of high resolution audio and media technology. The major goal of this website is to utilize surviving materials to inform and enlighten enthusiasts of The Rascals, and to promote and perpetuate their contribution to music.
The Rascals relevance has managed to survive the ages with virtually no media attention, record company promotion or public relations. They also have never received any tributes or career retrospectives like similar classic rock bands of their stature and importance. Their legacy has somehow existed within the cracks of rock history over the decades, kept alive by the sheer inertia of their brilliant and timeless music, and a dedicated legion of friends and fans.
Regardless, the Rascals have always been revered and respected among fellow musicians and music industry peers, so it is no surprise they were inducted into The Rock And Roll Hall Of Fame in 1997 where they (finally!) reunited onstage together (the first time since 1970) in Cleveland for their televised induction and live performance. An honor they richly deserved, but ultimately has done little to create any notable resurgence.
The Rascals started out very much as a "home-made" group, and in many ways have remained a grass roots-level phenomenon until today. From 1965 to 1970, they scaled the heights of pop music success and achieved all it's rewards, but their sterling reputation as a powerhouse live band (one of THE greatest, I'm convinced) and their individual talents as songwriters and performers have largely been overlooked by at least several generations.
This is understandable considering that, aside from their original albums being released on CD, no biographical or visual retrospective of their work has ever been produced. During their entire career there has never been a published biography. No TV special or movie. No documentary or long-form music video to introduce them to new audiences and make them aware how thrilling and uplifting the Rascals were. No definitive source to view vintage performance footage or live recordings and photos. Remarkable, considering how riveting and amusing they are as personalities. And few bands have ever matched the frenetic and visual excitement of The Rascals when they got cooking "live".
While contemporaries like The Beatles, The Rolling Stones, The Doors, Jimi Hendrix, Led Zeppelin, Pink Floyd and even The Monkees have all enjoyed large-scale revivals and tributes, The Rascals' musical legacy has been confined mainly to radio, commercials utilizing their classic hits or live performances by various factions of the original members. Similar classic rock bands from the era have countless special interest products to keep the public interested and aware of their career legacy . However the Rascals have virtually zero. It's a shame that most of their career highpoints and the vitality of their live performances exist mainly in the memories of the first generation fans who bought their records, viewed them on TV and attended their concerts in the sixties.
The concern now is how does a band that has not existed since the early 70's maintain a level of public awareness without the advantages enjoyed by their classic rock competitors? The ultimate answer hopefully begins with this website. It is my hope this website will help allow me to make the proper connections necessary to finally see some of my Rascals project ideas realized.
As for myself, I have dedicated a generous portion of time over the last 26+ years organizing, locating, salvaging and archiving the scattered remains of the Rascals history. Briefly, I'm sure part of it is because of a close personal attachment that started when I was quite young. I grew up in the very location they started (Garfield, NJ). They were my heroes growing up, and members of my family had links to the Brigati's. In fact, my Aunt Dee who worked at the Choo Choo Club in Garfield, knew The Rascals from the day they started in February 1965. In one way or another, they have always been a presence in my life.
The seed for what has now become this website was started sometime in the late 70's. Then Eddie Brigati became directly involved and lent his generous support along with Dick Hollaert, a former Rascals employee and life-long friend of the Cornish family. David Brigati and the other three Rascals as well as family members, former associates, fans and friends have also supported and contributed greatly to the project over the years.
Suffice it to say that the Rascals, and most importantly their music, have made a tremendous impact on my life. I dedicate this website to Eddie, Felix, Gene Dino (and David), and to all the unsung individuals who assisted them along the way, especially Dick Hollaert who passed away in February of this year, as a tribute to the spirit and joy they created together. My sincere hope is that this website will act as a catalyst to spark interest, rekindle and perhaps continue the music, magic and spirit of THE RASCALS. (Joe Russo, November 2006)