Four in One - 35 Years of Brisk Brisk Recorder Quartet Amsterdam 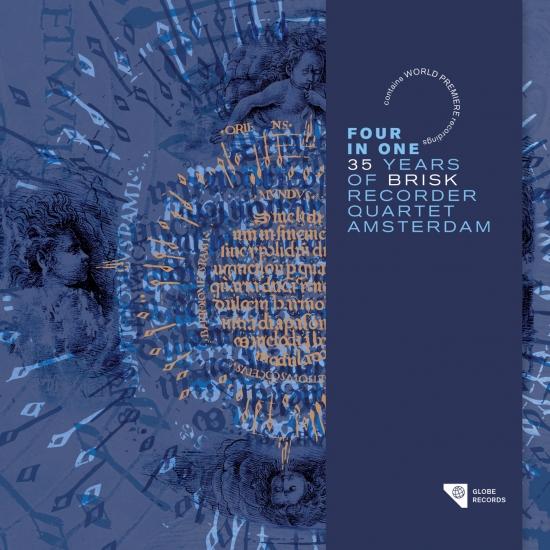 Info for Four in One - 35 Years of Brisk

This album is a hand numbered limited edition of 1000 copies containing five world premiere recordings by Robert Zuidam, Calliope Tsoupaki, Celia Swart and Juan Felipe Waller.
Four musicians sharing their musical worlds as equals: that is an intimate and refined art which requires a huge commitment and deep mutual trust. Four in One stands for four individuals who form a close creative unity while keeping their own identities. That is why Four in One is the perfect motto for the 35th anniversary of the BRISK Recorder Quartet Amsterdam. But this motto does not only relate to BRISK's anniversary, it also refers to the canon, the best-known musical form of four-in-one. By using one melody in succession, a polyphonic whole is created. Canons from Dufay and Obrecht to Brahms, Skryabin and Zuidam constitute the common thread of this CD.
In addition, other imitative forms are presented which have been eagerly used in music history. Thus the finely woven web of voices in Flemish Burgundian polyphony and Bach's fugues also originated in canonical writing. Moreover, Four in One is a showcase of BRISK's rich repertoire, with early music, new work written for the quartet and arrangements of romantic music. The recorder has a relatively small repertoire, but this limitation presents a challenge. BRISK has done everything in its power to enlarge the repertoire, making countless arrangements in the tradition of the instrument.
Organ music has been a constant source of inspiration. Again and again BRISK have been told that sometimes they sound just like a small organ. "It is as if an organ is being played by a player who is awake in all his fingers," a reviewer once wrote about the quartet. Each voice takes on its own colour, and together they are much more than one person playing a four-part piece. It is precisely the personal contribution and the diversity of several players that turn it into a lively whole.
Arranging vocal music, with diminutions and embellishments after historical models, is also one of BRISK's favourite activities. In 1535, Silvestro Ganassi wrote in Opera intitulata Fontegara that the recorder is able to imitate the human voice through articulation and the flow of the player's breath. For this musician and music theorist, that was an ideal to be pursued as much as possible. That approach is tailor-made for BRISK.
BRISK Recorder Quartet Amsterdam
Laurens de Man, organ 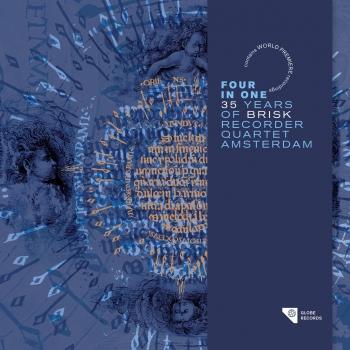 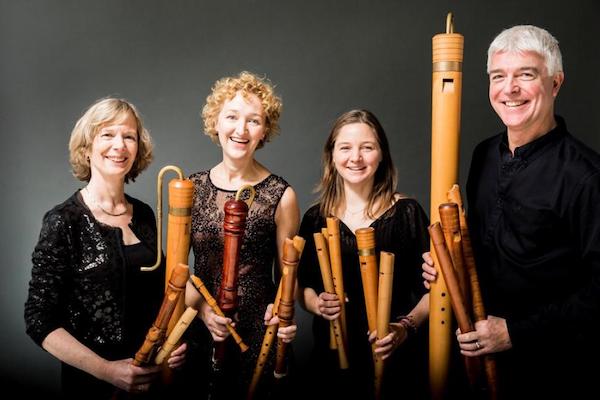 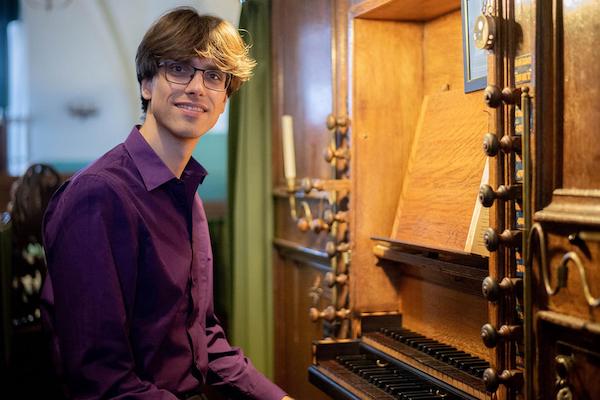 BRISK
the ensemble’s name, is intended to convey an idea of liveliness and wakefulness. A critic once described the ensemble as providing “a coup de grâce for the recorder’s respectable image”. BRISK’s concerts exhibit variation of style and mood, virtuosity and light-heartedness in equal measure. The quartet always appear on stage with an enormous assembly of recorders. Since their founding in 1986, BRISK has given many concerts in important concert halls and festivals throughout Europe, in Bolivia, Canada and the USA. BRISK has recorded for radio and television both in the Netherlands and abroad, as well as recording over ten CDs that have been well received by both press and public.
Its daring programming of early music in combination with contemporary music is designed to expand the borders of the ensemble’s repertoire. Many composers have dedicated works to the quartet. BRISK works regularly with fellow musicians as well as with artists from other related disciplines such as actors, directors, librettists and film-makers. BRISK made its name through lively performances of early music, the search for little-known repertoire, and for the many arrangements that the ensemble has made, which suit the style and tradition of the instrument. BRISK has collaborated with Amaryllis Dieltiens, Michael Chance, Marcel Beekman, Johannette Zomer, Maarten Koningsberger, the Egidius Kwartet, the Gesualdo Consort, Bernard Winsemius, Leo van Doeselaar, Rainer Zipperling, Mike Fentross and Camerata Trajectina amongst others.
The long list of composers that have written music for the quartet includes Martijn Padding, Kate Moore, Calliope Tsoupaki, Bart Visman, Klaas de Vries, Roderik de Man and many others.
New works are presented as a comment on or as a contrast to older works in BRISK’s programmes. There is also a large quantity of new music in BRISK’s programmes for younger audiences. BRISK regularly gives concerts in collaboration with specialists in contemporary music such as pianist Tomoko Mukaiyama, composer and improviser Guus Janssen, vocalist Greetje Bijma and percussionist Ramon Lormans.
BRISK has created a number of highly successful productions for children with directors David Prins, Jetse Batelaan, Marc Krone, Gienke Deuten and actors Porgy Franssen, Bart Kiene and Hans Thissen.
The quartet possesses a great variety of instruments; its extensive contacts with recorder makers throughout the world ensure that its collection is in a state of continual development. This variety of instruments enables the ensemble to perform works from the Renaissance and the Baroque as well as the 20th and 21st centuries in their correct tuning and with the correct timbre.
Laurens de Man
studied piano achieving excellent results and organ receiving cum laude at the Conservatory of Amsterdam with Jacques van Oortmerssen, David Kuyken and Johan Hofmann. From 2017 to 2019 he studied at the Berlin Universität der Künste with Leo van Doeselaar. He completed these studies with the highest marks. Laurens won prizes at the Princess Christina Competition (first prize), at the Internationaler Klavierwettbewerb “J.S. Bach” in Würzburg and at the International Martini Organ Competition in Groningen. In 2018 he was awarded the Sweelinck-Muller Prize. In 2019 he won first prize at the Silbermann-Orgelwettbewerb in Freiberg; this gave him the title “Young ECHO Organist of the Year 2020”. As pianist of the Chimaera Trio, he plays and arranges chamber music covering four centuries of music history; the trio presented its CD debut in the series “AvroTros Klassiek Presents!”. Since 2012, Laurens has been principal organist of the Janskerk in Utrecht.