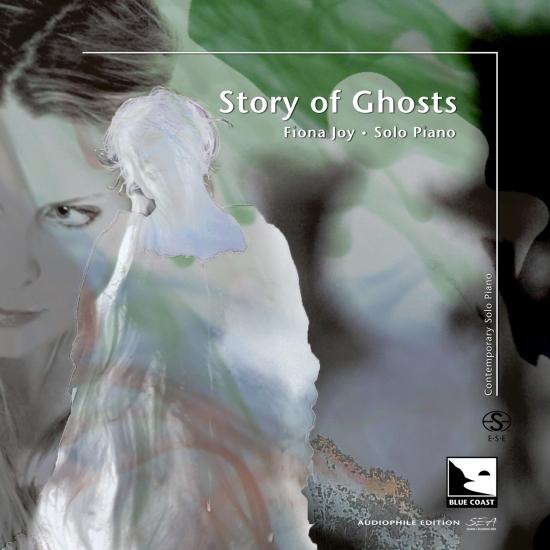 New Age artist Fiona Joy brings many gifts and skills to her solo piano performance of the title song on Story of Ghosts.
Your mind will fill in the pictures as you take the ride. With skill and confidence, she sets the mood with a minor melody, then adds upper harmony and begins altering the pace gently. In a bit over three minutes, she has you imagining downstairs and upstairs, unexplained sounds, sad ghosts making their nightly visits.
Then, “Story of Angels” provides a companion piece with just enough changes to the harmony and tempo to signify a different kind of spirit-being.
Elsewhere in the album, Fiona creates portraits of “The White Light,” a “Blue Dream,” and “The Solo Tango.”
Story of Ghosts was recorded in DSD256 using an improved system of cabling that was not available until this recording. You'll hear the clarity of the piano as if you were sitting behind the keyboard, as Fiona Joy brings forth its many moods and sound textures.
"Story of Ghosts is both beautiful and a great demonstration of Fiona Joy’s expressive playing." (Kathy Parsons)
"What I appreciated most was being able to listen and watch Fiona at the piano. The passion and elegance in her performance was breathtaking, as her flawless technique combined with pure emotional expression." (Music Reviewer Michael Diamond)
"One of the brightest lights in contemporary instrumental music, Fiona Joy is poised to move into stardom." (Will Ackerman, Founder of Windham Hill Records)
Fiona Joy Hawkins, piano 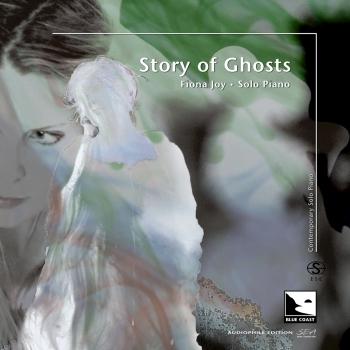 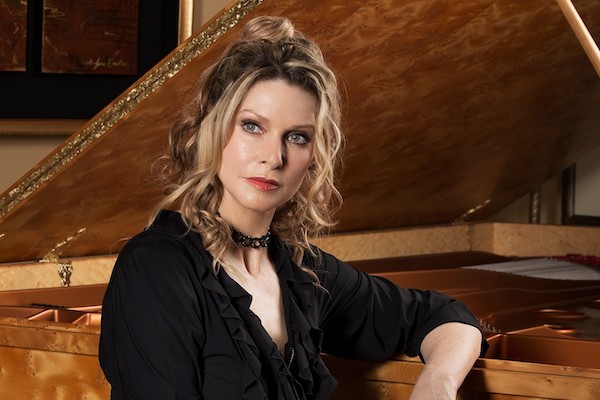 Fiona Joy Hawkins
is an Australian Pianist, Composer and Singer who enjoys and regularly tours China and the USA and is also a member of the Contemporary instrumental group FLOW (Fiona Joy, Lawrence Blatt, Jeff Oster, Will Ackerman).
Fiona is inspired by Chopin, Mendelssohn, Michael Nyman and admires Ludovico Einaudi, George Winston and Yiruma. Fans who like Kevin Kern, Bernard Koch, Jim Brickman, David Lanz, Yanni, Danny Wright, Robin Spielberg, Paul Cardall or Enya will enjoy Fiona Joy Hawkins.
Fiona Joy is known for ‘Grace’, her song on a Grammy Winning album in 2014 and for her extensive catalogue produced by Will Ackerman (Founder Windham Hill Records). In 2016 she won two categories of the Independent Music Awards at the Lincoln Centre in New York and has been awarded Best Piano Album by International Radio (ZMR Awards) for several of her albums. Nominated alongside Pete Seeger for Best LIVE Performance Album in the Independent Music Awards, Fiona was an ARIA Finalist in Australia in 2008.
Fiona works with Australian piano maker Stuart and Sons, and has several albums with Blue Coast Records (content partners with Sony Music for hi-resolution releases) Blue Coast owner/producer Cookie Marenco says, “Fiona’s melodic solo piano and masterful performances are the perfect music to debut the kind of clarity double DSD audio brings to the home listener’.
Living in a small village of 830 people in NSW Australia, Fiona has toured and played around the world at venues like New York’s Carnegie (Weill Hall), the New Orleans Jazz Museum, Sydney Opera House (MusicOz Awards), a live concert on Echoes/NPR Radio, has accompanied Deepak Chopra in NY, Mason and Hamlin Piano Festival in LA, The Joan Sutherland Performing Arts Centre Sydney, Glasshouse Port Macquarie, Sydney Women’s International Jazz Festival, Grammy Museum in Los Angeles, and Halifax Entertainment Centre amongst others.
Fiona Joy Hawkins is best known for her romantic, melodic songs and lush arrangements. A prolific composer, she has always been interested in creating music that evokes images, emotions and tells stories.
Producer of 4 of Fiona’s albums, Will Ackerman, founder of both Windham Hill Records and Imaginary Road Studios, embraced and encouraged Fiona’s music years ago, stating, Fiona’s Blue Dream album was the most ambitious project of my entire career and resulted in one of the most remarkable collaborations this genre has ever known. Blue Dream is unique and I’m as proud of it as anything I’ve ever worked on in my 35-year career of GRAMMY® Awards and Gold/Platinum records.
As a collaborator, Fiona has worked with Will Ackerman, Lawrence Blatt, T-Bone Wolk (Hall & Oates), Tony Levin (Peter Gabriel, Dire Straits), Jeff Haynes (Pat Metheny), Eugene Friesen (Paul Winter Consort), Heather Rankin, Charlie Bisharat (Shadowfax), Rebecca Daniel (ACO), Jeff Oster and many others. In 2014, she and Ackerman co-produced the successful debut album of Jennifer DeFrayne, who won Best New Artist in the 2015 ZMR Awards for her album By A Wire.
“What I appreciated most was being able to listen and watch Fiona at the piano. The passion and elegance in her performance was breathtaking, as her flawless technique combined with pure emotional expression“. Music Reviewer Michael Diamond
When not recording or touring, Fiona is busy directing the entrepreneurial side of her music business, an effort which is crucial to the success of every independent artist. She manages her growing record label, Little Hartley Music, and promotes Fiona Joy Jewellery, her new line offering the upscale Swarovsky crystal-adorned bracelets and foot jewellery that she wears while performing barefooted in concert.
When not on the road, Fiona escapes to her peaceful home in a small rural village in Australia.