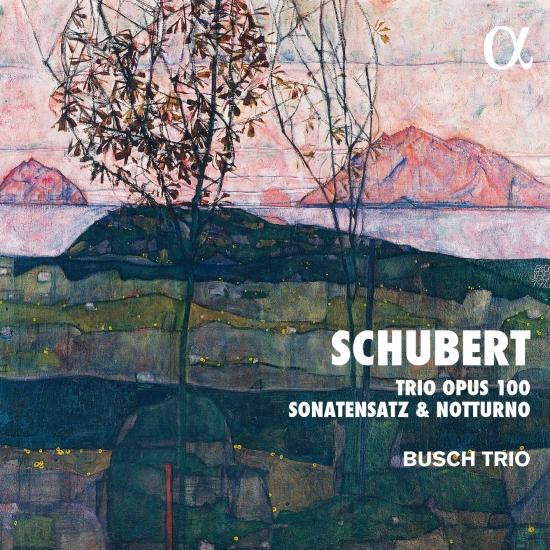 After its recording of Dvořák’s complete chamber music with piano, the Busch Trio now tackles three works by Franz Schubert, including his famous Piano Trio no.2. While the dying composer dedicated this masterpiece ‘to nobody, save those who find pleasure in it’, as if urging them to enjoy the life that was gradually ebbing away from him, his "Notturno" for piano trio D897 expresses an anguish and a sense of tragedy that makes it one of the most eloquent examples of Romantic lyricism. Schubert’s early period is represented by his very first piece for piano and strings, the single-movement Sonatensatz D28, which he composed at the age of fifteen. Written following the youthful Schubert’s expulsion from the Imperial Choir School in Vienna after his voice broke (he lost his mother the same year), this piece, still heavily influenced by Classicism, offers a troubling counterpoint to the works of his Romantic maturity, which reflect both the joy of creation and the suffering wrought by illness.
Busch Trio 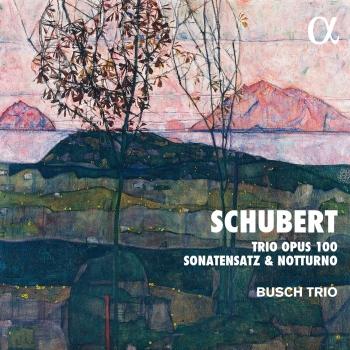 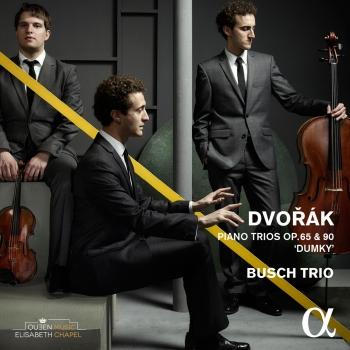 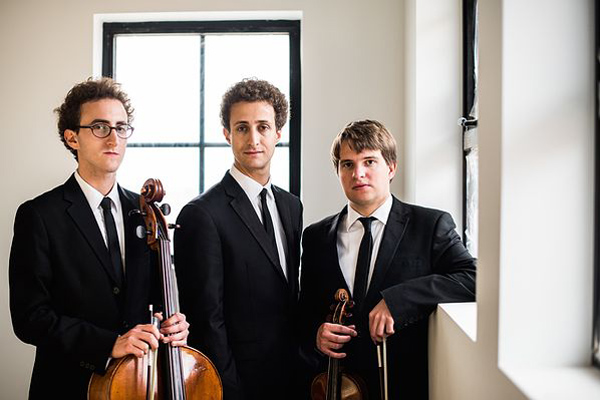 Busch Trio
Named after the legendary violinist Adolf Busch, this young piano trio has emerged as one of the leading piano trios among the new generation, receiving enthusiastic responses from audiences and critics across the UK and Europe. Winners of the 2012 Royal Overseas League Competition, the trio went on to win several prizes including 2nd prize at the 2012 Salieri-Zinetti International Chamber Music Competition and the 3rd prize at the 2013 Pinerolo International Chamber Music Competition in Italy as well as the 2nd prize at the International Schumann Chamber Music Award in Frankfurt.
Since its formation in 2012 highlights of the Trio’s performances in the UK have included the Wigmore Hall, Edinburgh Festival Fringe, Queen Elizabeth Hall and the Sage Gateshead, and they have also given concerts in the Netherlands, France, Germany, Switzerland, Italy, Belgium and Denmark. Their recent Wigmore Hall appearance was received to critical acclaim, The Times commenting: “…what impressed most was the group’s effortless musicianship and unity of thought and attack. The threesome even seemed to be breathing in synch.” Recent and forthcoming seasons include a tour of China, collaborations with Michael Collins and Bruno Giuranna, and recitals in the Wigmore Hall, King’s Place, Brussels’s Bozar and Amsterdam’s Concertgebouw. They are frequent visitors to BBC Radio 3 InTune programme and have been broadcasted live on Belgium’s Musiq’3.
As three soloists in their own right, Omri Epstein “the group’s marvellously sensitive pianist”, Mathieu van Bellen, whose “silvery gleam darted eloquently”, and Ori Epstein, with whom “you felt in the grip of a warm hug”, have all won prizes in solo international competitions. Brought together by a shared deep passion for chamber music and inspired by Mathieu’s possession of the “ex-Adolf Busch” J.B. Guadagnini violin (Turin, 1783), they have been recognized for their achievements and their playing with “incredible verve”. The trio enjoyed the support of the Tunnell Trust, the Kirckman Concert Society, the Park Lane Group and the Cavatina Chamber Music Trust, as well as being awarded the MMSF Philharmonia Orchestra Ensemble Award. Most recently they have completed the prestigious ChamberStudio Mentorship Programme, which has offered them teaching from some of the world’s leading musicians. They are currently receiving guidance from members of the Artemis Quartet at the Queen Elizabeth Music Chapel in Brussels.
In 2015 French record label Alpha Classics, engaged the trio to record the complete chamber works for Piano and Strings by A. Dvorák. The 4 CD project will see the trio collaborate with violist Miguel da Silva and will be released over the next 3 years.