All Things in Common Petrels 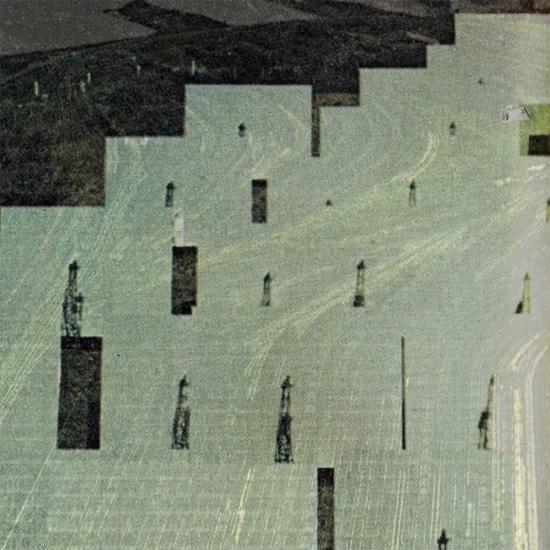 Info for All Things in Common

Some albums are instant pleasers, but I have to admit that when I first found myself fast-listening through Haeligewielle (in order to find a pick for my radio show), I was left flabbergasted. I didn’t know what to make of this seemingly strange music. Then I decided to give it a closer inspection, and it didn’t take long to completely win me over.
Petrels is the solo project of Oliver Barrett who is otherwise a member of Bleeding Heart Narrative, a band I have never heard from. His first album Haeligewielle consists of seven mostly long tracks that expertly combines elements of drone, ambient, post rock and even sprawling Americana into something that although allowing you to recognise the different styles still ends up as something completely unique. The album starts with the eight minute long After Francis Danby, a piece that truly takes its time building up momentum. At first it is offering a few minutes of ominous drones before a haunting piano melody creeps in that eventually creates a cascading rhythm. The following Silt is only half as long, but no less hypnotising with its incredibly distorted guitar sound and an organ bass line. You will notice quite early on that there are few percussive elements within the music. Rhythm must be made out by the often distorted sounds consisting of electric guitar and assorted electronics. The amazing thing is that Barrett is able to conjure fragile beauty even out of the most abrasive parts, like for instance the second half of Canute which is basically utter noise but still hides a mesmerising melancholic melody. Concrete is one of the few vocal tracks which has a beginning that reminds me somehow of A Silver Mount Zion. Some motifs of that track are repeated in the concluding quarter hour long masterpiece William Walker Strengthens The Foundations, whose end is playing around with bit-sized loops to create a truly crazy rhythmic experience that made me think of Dan Deacon.
Haeligewielle is a very special item that you can enjoy 100%, provided you give it your fullest attention. And if you feel after its fifty minutes length yearning for more, there is some really good news: Petrels also released the ten-inch vinyl record All Things In Common (which is available as a free download on the record label’s MP3 shop) with two ten minute tracks. Thomas Muntzer starts with a threatening soundscape before halfway through it turns into an uplifting drone piece. If that sounds to you like an oxymoron, I beg you to listen to it. The flipside contains Leonora Christine, an unusually rhythmic piece showing off yet another unexpected but highly pleasant side of Petrels.
If you expected this freebie to recycle lesser material, you will be proven wrong. In some ways, All Things In Common is a more approachable record, even though Haeligewielle is ultimately more rewarding in its richness of sound. Both do deserve a nine point rating. Petrels may use ingredients from genres that all too often have ended up in generic formulation, but Oliver Barrett has the rare genius to cook up something entire unprecedented. Highly recommendable!
Petrels 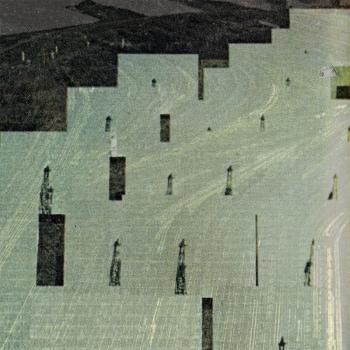 All Things in Common 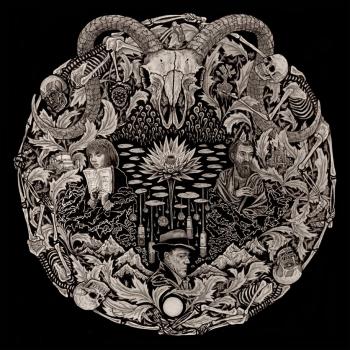 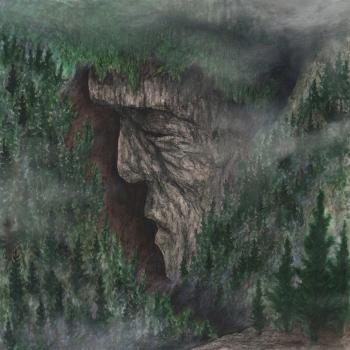 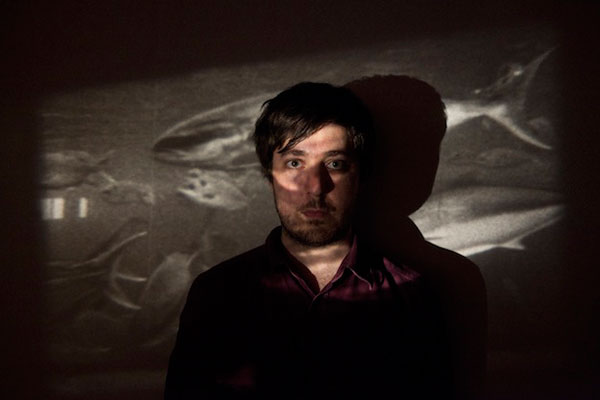 Petrels (aka Oliver Barrett)
is the solo project of Oliver Barrett of Bleeding Heart Narrative. His sound is a deluge of beautiful noise and crushing melody, which ebbs and flows beneath the surface. Utilizing bowed strings, bent electronics, found percussion and occasional vocals, his sound tells a forgotten story, buried underneath the stones and water.
'Petrels has provided us with what has to be the strongest solo debut from a musician so far in 2011. It’s as if Barrett has launched his solo career as Petrels by giving us his own Sisyphus narrative, and somehow it sounds dreadfully authentic – no small feat. Haeligewielle is an album so dense and immersive you sometimes feel as though you are drowning or being smothered, but that’s exactly the way it’s supposed to feel.' (Brendan Moore, Fluid Radio)
'Haeligewielle (holy well, sacred spring) is an album of creation and destruction, holiness and human honor. Its characters and etimologies dance around each other like fish in a waterspout. The album is a masterpiece of narrative, a blackened ship with a broken mast that defies the storm and in so doing discovers its own dark destiny.' (Richard Allen, The Silent Ballet (8.5/10))
'Haeligewielle is Oliver Barrett’s (also of Bleeding Heart Narrative) first solo album as Petrels. It is a song of water, a song of stone. These two elements form the album’s thematic core, entwined in the story of the central figure of William Walker, the Winchester diver; but they also inform the album’s sonic makeup – onrushing, buoyant, coursing and at times dense and abrasive. It’s a record that excavates, and extrapolates outwards from, a particular and resonant historical undertaking and in its jubilant expansiveness grants it mythic, numinous life.' (Matt Poacher, The Liminal)