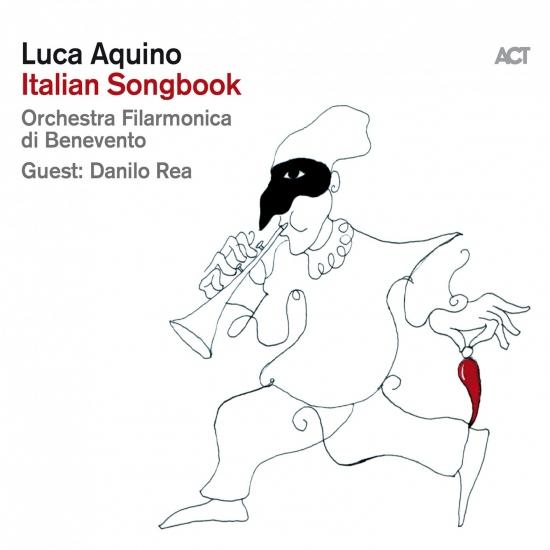 Sometimes fate steps in and changes the course of a life. That’s what happened to Luca Aquino: he was about to go on a “Jazz-Bike-Tour” in the summer of 2017. He’d packed his trumpet and was ready to set off...but then he couldn’t. He had contracted Bell’s palsy, a sudden and acute facial nerve paralysis which put paid to his idea of cycling all the way from his home town of Benevento to Oslo, playing concerts en route. He couldn’t touch the trumpet for more than a year, then had to re-learn it more or less from scratch. The good news is that he has successfully put his musical career back on track.
For Aquino, however, this was a time for self-reflection, and “Italian Songbook” its logical outcome: “Ever since I was little, the traditional music and popular songs of my homeland have been with me. Music was all around, the latest Italian songs were always on the radio, and my mother often sang to me. My grandfather always said I could whistle those tunes before I could walk. A Neapolitan song was the first piece I ever played on the trumpet. During my compulsory break through illness, I decided to take a look back at this music, as a way to start over.”
Aquino’s “Italian Songbook” is very personal and the repertoire here is broad: film music by Ennio Morricone and Nino Rota, plus great songs by famous cantautori (Italian singersongwriters) the likes of Luigi Tenco, Lucio Dalla and Fabrizio De André. Aquino recalls largely forgotten pioneers of Italian music such as Mario Pasquale Costa and Gorni Kramer. He receives outstanding support from pianist Danilo Rea (tracks 2, 4, 7, 8 & 10).
Together with accordionist Natalino Marchetti, they create deeply heartfelt music. And there’s a luxurious unfurling of sound when Aquino’s group is combined with the Orchestra Filarmonica di Benevento. In the trio format they are gentle, soft and intimate, but they can also bring on the opulence of an orchestra, and it is this dichotomy which gives “Italian Songbook” its charm.
Every note of this album conveys Aquino’s devotion to his musical heritage. With a soft tone and yet great urgency he develops these well-known melodies and brings out all of the beauty in them. And so the “Italian Songbook” has become a touching homage to the music of his homeland. Fate really must have known what it was doing all along.
Luca Aquino, trumpet, flugelhorn, trombone
Danilo Rea, piano
Natalino Marchetti, accordion
Orchestra Filarmonica di Benevento
Giovanni Francesca, conductor
Fabio Giachino, piano, keyboards
Rino De Patre, classical guitar
Ruben Bellavia, drums 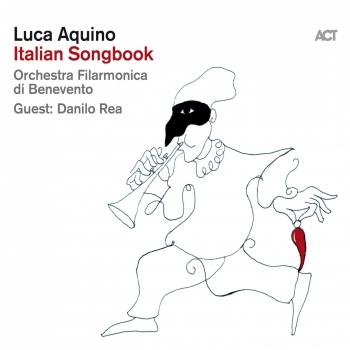 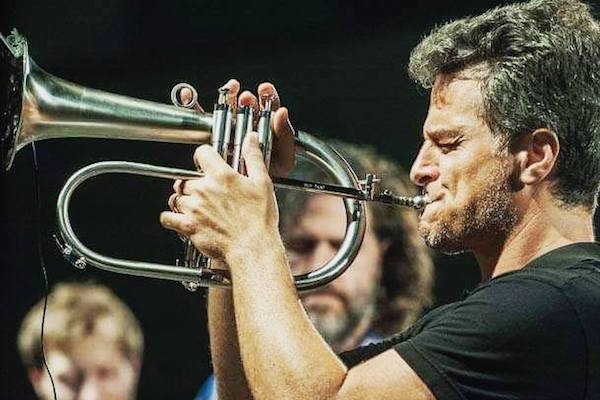 Luca Aquino
It must be something in the warm waters of The Med, for here comes Luca Aquino, another lyrical Italian trumpeter to emulate the achievements of Paulo Fresu and Enrico Rava, both of whom have been effusive in their praise for the young player from Benevento. His 12 Points! appearance coincides with the release of Sopra Le Nuvole, his debut for Universal, and a further chapter in the lengthy development of a personal group sound with guitarist Giovanni Francesca, bassist Marco Bardoscia and drummer Gianluca Brugnano. It's a journey that started with Miles and Chet Baker, took a detour through Norway for Nils Petter Molvear's emotive electronica and the new trumpet vocabulary of Arve Henriksen, returning to Southern Europe for an infusion of Italian romanticism.