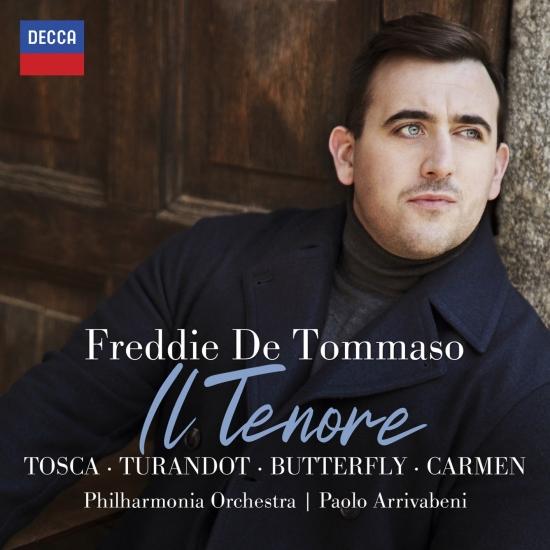 On a rising crest of a wave, British-Italian tenor Freddie De Tommaso seems likely to add to the approving clamour that greeted last year’s debut collection of Italian songs, Passione, with this rousingly, rapturously sung sophomore survey of arias and duets by Puccini and Bizet.
Already drawing favourable comparisons with Caruso and Pavarotti, Tommaso’s voice finds a place all its own somewhere in between those extremes of poetry and power. If there’s a more reliable touchstone, it’s surely the mahogany-dark, liquidly flowing expressiveness of Franco Corelli.
Echoes of Caruso are certainly there in the achingly contained ecstasy of Carmen’s Flower Song and the sweet-sour poetry of Madama Butterfly’s Vogliateme bene, although Tommaso (superbly supported by Natalya Romaniw in the Puccini) claims both as his own with warm, rounded vowels, lyrical legato, heartfelt involvement and a persuasively ardent way with both music and words.
Pavarotti comparisons rest on Nessun dorma, where Tommaso stakes an appreciable competitive claim. Emotionally and melodically centred, his voice seems to deepen even as it blooms to meet the grandstanding demands of opera’s most famous aria. So, too, in E lucevan le stelle from Tosca, which claims the lion’s share here.
Comparisons aside, Tommaso delivers on his own, richly resourced, terms. Lise Davidsen proves to be a vivid companion in a quartet of Tosca duets, Ah, quegli occhi showing off the tenor to especially refulgent effect, and Aigul Akhmetshina is altogether vivacious in two Carmen dialogues.
Strong support is provided by a faultless Philharmonia Orchestra in excellent recorded sound, eloquently conducted by the well-seasoned opera veteran, Paolo Arrivabeni. On the strength of what’s here, Decca’s claim for Tommaso as Il Tenoré may well be justified.
“It was a rare thrill to hear a tenor voice of this ease and brilliance. The new Pavarotti? We’ve heard that before. This time it might just be true” (Observer, UK)
“Singing sensation of the moment.” (BBC Radio 4)
Freddie De Tommaso, tenor
Philharmonia Orchestra
Paolo Arrivabeni, conductor 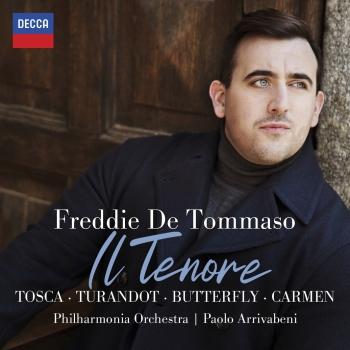 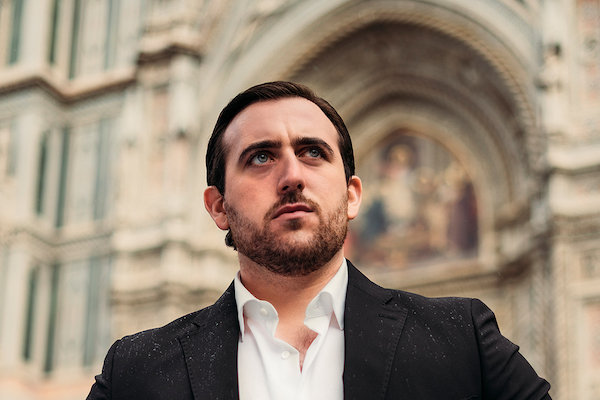 Freddie De Tommaso
A phenomenal voice and talent in the tradition of the great Italian tenor voices, 27 year old British-Italian Freddie De Tommaso shot to prominence when he won the First Prize, the Placido Domingo Tenor Prize and the Verdi Prize at the 2018 Viñas International Singing Competition in Barcelona. Since then he has performed at the Royal Opera House and Dutch National Opera and in September 2020, he opened to great success the Wiener Staatsoper season as Pinkerton in a new production of Madama Butterfly conducted by Philippe Jordan. Further performances this season include Macduff Macbeth, Italian Singer Der Rosenkavalier and Ismaele Nabucco, all at the Wiener Staatsoper, Alfredo La Traviata at Staatsoper Berlin and a hugely anticipated debut as Cavaradossi Tosca at Royal Opera House. Looking further ahead his engagements include several leading roles at Royal Opera House, Wiener Staatsoper, Bayerische Staatsoper, Gran Teatre del Liceu Barcelona, Dutch National Opera and Palau de les Arts Reina Sofia Valencia.
Highlights from De Tommaso’s 2019/20 season include Cassio Otello at the Royal Opera House under the baton of Sir Antonio Pappano and Ismaele Nabucco with Dutch National Opera. He was as also invited to make his company debut in a new production of Madama Butterlfy at Semperoper Dresden.
As a Previous member of the studio of Bayerische Staatsoper for the 18/19 season, De Tommaso appeared in productions including Norma, La Fanciulla del West, La bohème and the programme’s production of Mavra and Iolanta double bill. Prior to this, he was a member of the Young Singer Academy at the Salzburg Festival for the 2018 season. Following the Viñas competition, De Tommaso was invited to appear in concert at Teatro Real, Madrid and in recital in Vilagarcia, Spain. Other performances included concerts with the Georg Solti Accademia in Tuscany and a gala concert at the Victoria Hall, Geneva. His solo credits also include Mendelssohn Elijah, Puccini Messa di Gloria and Verdi Requiem.
Hailing from Tunbridge Wells, the British-Italian tenor is a graduate of the Royal Academy of Music where he studied under the guidance of Mark Wildman. His roles there included Don Jose La Tragedie de Carmen and Rodolfo La bohème. De Tommaso was generously supported by the Josephine Baker and Countess of Munster trusts. He is a Joseph Karaviotis scholar, a recipient of a Gregory-Carr scholarship and the Richard Lewis scholarship.
In April 2021 the opera singer became the first solo tenor to debut at No.1 in the Official Classical Artist Albums Chart in 20 years, beating Andrea Bocelli and Max Richter in his album Passione’s first week. He also landed the No.1 spot in the Official Specialist Classical Chart.