The Complete Capitol Albums The Hagers 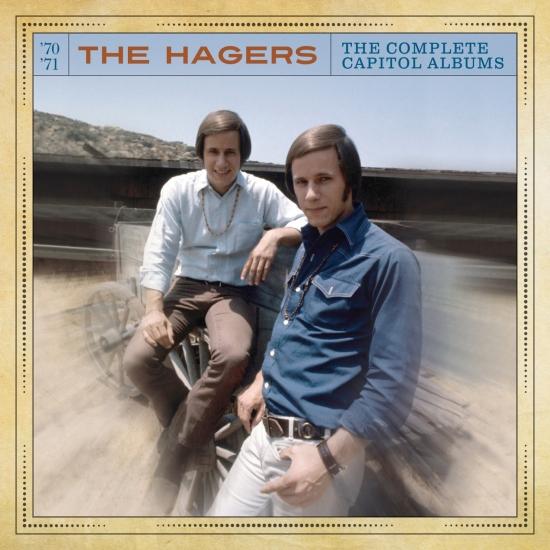 Info for The Complete Capitol Albums

Jim and John Hager recorded three albums for Capitol Records: The Hagers and Two Hagers Are Better Than One in 1970, and Motherhood, Apple Pie & The Flag the following year. The identical twins also logged a staggering 135 appearances on the television staple Hee Haw between 1969 and 1985, and were a concert draw until Jim’s death in 2008—with his brother passing a mere eight months later in 2009. While all critically acclaimed, and being dubbed “the next big thing” in country music, the albums did not chart as well as expected, but those who know country music and Buck Owens, know they were something special.
The Complete Capitol Albums is mastered from the original analog master tape sources by Grammy®-winner Michael Graves, the collection was produced for release by Grammy®-winner Cheryl Pawelski and Grammy®-nominee Randy Poe—author of Buck ‘Em!: The Autobiography Of Buck Owens. In addition to photos of The Hagers, packaging contains liner notes from Poe, as well.
From Randy Poe’s liners: “The real reason The Hagers were never able to score a major hit on Capitol Records is impossible to say. Maybe record buyers and radio didn’t take the brothers seriously because of their frequent comedic portrayals on Hee Haw. Perhaps there was some strange stigma attached to the fact that they were twins. Maybe it was their pre-Willie long hair that turned off a late 1960s/early 1970s country audience.”
Whatever the actual reason The Hagers failed to sell records in droves, it certainly wasn’t because of a lack of talent. The songs were strong; the production was solid; and the vocals were spot-on. This collection of their Capitol albums is aural proof that the duo knew what they were doing in the studio and confirms that Three Hagers LPs Are Better Than One.
The Hagers
Digitally remastered 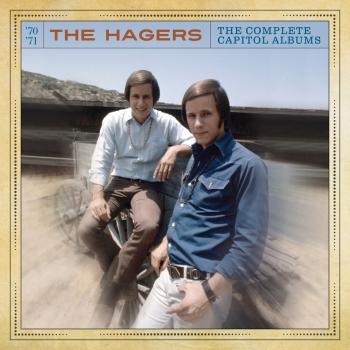 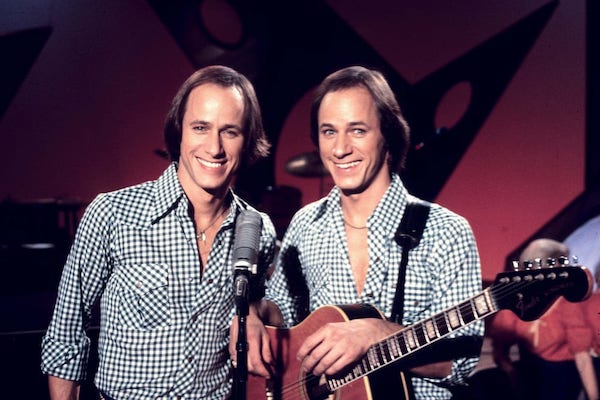 The Hagers
Country music has produced countless brother acts, but the Hagers offered a new twist: They were identical twins. Best known for their long stint on the TV show Hee Haw, Jon and Jim Hager were adopted by a minister as infants, and as they grew up in Park Ridge, IL, their new parents passed along their love of country music. The brothers began performing together as teenagers, appearing at local venues and on a Saturday morning TV show aimed at other teens. After college, they served in Vietnam, primarily as entertainers for their fellow soldiers. Upon returning home, they spent a year and a half performing around Chicago, then moved to Los Angeles. There they were hired by Randy Sparks of the New Christy Minstrels to appear regularly at his Ledbetter's club. A performance at Disneyland won them a fan in Buck Owens, who became their manager and added them to his touring revue for two years. Signed to Capitol, the Hagers released their debut single, "Gotta Get to Oklahoma (Cause California's Gettin' to Me)," in 1969, and followed it with their self-titled debut album the next year. What started as an engagement to perform two songs on Hee Haw in 1970 turned into an 18-year association; the Hagers became regulars both as musicians and comedians. They released three albums total for Capitol, as well as minor hit singles like "Silver Wings" and "I'm Miles Away," but television proved to be their primary medium. They cut an album for Barnaby in 1972, and another self-titled effort for Elektra in 1974, without much commercial success. Settled into their roles, the Hagers began moonlighting in other acting roles, including the 1976 TV movie Twin Detectives, with Lillian Gish; they also worked as standup comics for a time. In 1987, they left Hee Haw and co-hosted the TNN show Country Kitchen with Florence Henderson; a proposed comedy show never got off the ground. In 1990, they filmed their first music video for the single "I'm Wishin' I Could Go Fishin' Forever." (Steve Huey, AMG)