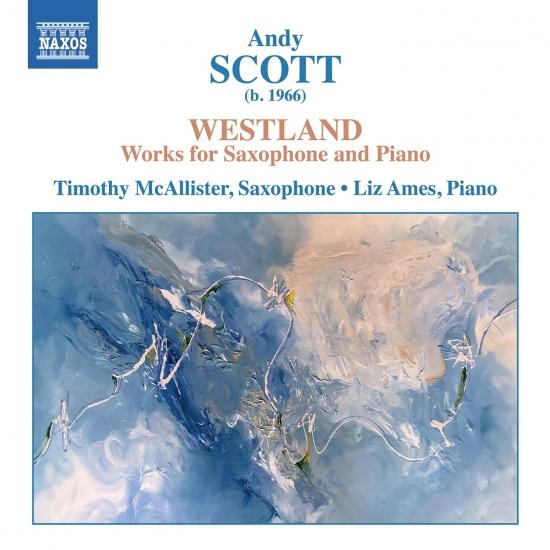 Andy Scott is a British Composer Award winner and a founder member of the Apollo Saxophone Quartet. As a saxophonist for over 40 years, Scott’s virtuosic yet harmonically subtle music is open to a wide variety of influences. His works are performed on this album by the world-famous virtuoso Timothy McAllister, and the admired English author Lemn Sissay narrates his own poem on My Mountain Top.
"Rarely does an artist in my field have the opportunity to present a recorded anthology of works by a single composer—there simply aren’t enough multiple compositions for saxophone by any one composer out there! I am grateful to Andy Scott for all he does for the saxophone—as a pioneering performer and composer—and this project represents our shared labor of love. I couldn’t ask for a better partner and collaborator in Liz Ames, and this recording represents some of our best work to date. Andy has challenged us with not only virtuosic works, but also great shifts in style, rhythm, and genre. It is thrilling to hear the works in such a recital format and to discover the different worlds of sound each piece inhabits from one to the next. The works exude a deep sense of humility and love, and the project as a whole—wonderfully engineered—is a landmark in my own discography. On behalf of Liz and myself, we hope you enjoy this special collection by such a remarkable composer." (Tim McAllister)
"Andy Scott, born in the English seaside resort of Bournemouth in 1966, become a founder member of the Apollo Saxophone Quartet and a highly prolific composer.
This new release covers music written in the present century, mainly for saxophone and piano, and reflects a wide diversity of influences from the classics to the world of jazz and funk, his published works often containing a feeling of improvisation. There is also a requirement for virtuosity, often calling for mercurial fingers that will create that ‘tingle’ factor for audience enjoyment. Most are quite short, the opening Three Letter Word, having an element of Minimalism in its building blocks, particularly in the supportive piano role. Maybe it is my background in the world of classics, but it is his three-movement Sonata that fully captured my attention. It is garbed in highly imaginative colours, the alto sax often musically dancing around the piano, sometimes rather seductively, and with a finale that is high on activity and a jazzy French influence. The remaining tracks are mostly quite short, with a gorgeous moment of tranquillity in And Everything is Still, and an affectionate picture of the late Richard Rodney Bennett in Respectfully Yours. Finally two works for solo saxophone: Westland a demonstration of the Tenor Saxophone, with electronics joining the Soprano Saxophone in My Mountaim Top. Guiding the listener through these World Premiere Recordings, we have the renowned American saxophonist, Timothy McAllister. Credited with over 200 first performances, he has appeared in most of the world, often in the company of the world’s most famous orchestras. Rather throaty and aggressive for the disc’s opening track, the recording is otherwise very good, and gives Liz Ames, a most flexible pianist, a presence that is never short of impact." (David’s Review Corner)
Timothy McAllister, soprano saxophone (tracks 2, 6, 11), alto saxophone (on tracks 1, 3–5, 7–9), tenor saxophone (on track 10)
Liz Ames, piano (on tracks 1–9)
Lemn Sissay, narrator (on track 11) 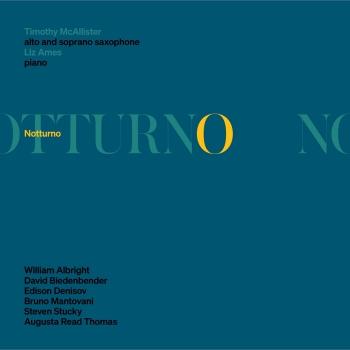 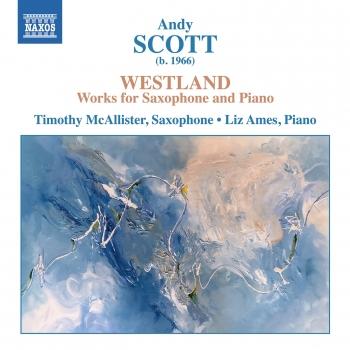 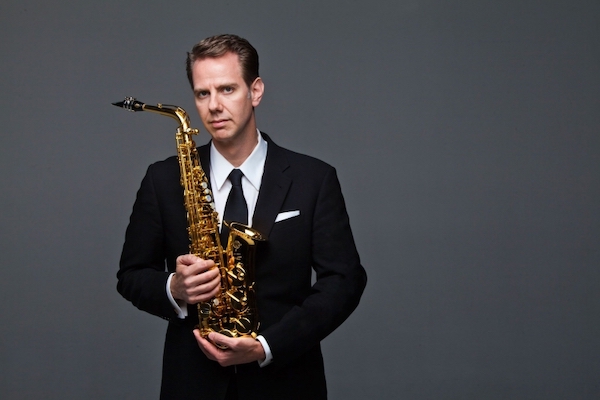