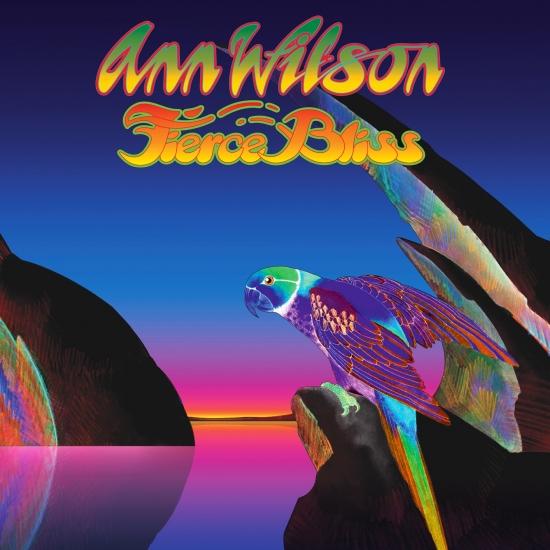 There is a calm, serene spirituality about Ann Wilson in 2022 which instantly draws you to her. She feels like a warm, wise someone who has seen enough bullshit to know how to avoid it calmly, and someone who is at peace with whatever she needs to be at peace with. Perhaps that is why the soul (and, indeed title) of her latest album, Fierce Bliss (set for release April 29 via Silver Lining Music) offers such universally entertaining, engaging, honest and safe harbor from these unpredictable times.
Take “Greed,” the powerful first single… “‘Greed’ is that thing in our animal nature that makes us want MORE,” Wilson declares. “Whether it be money, sex, power or ecstasy, it fires our craving! It happens with all of us. When you turn around and catch yourself making decisions because you want the money, or because you’re caught in the headlights of glory, well, those are greedy moments.”
Wilson continues “I think people who claim to have made every decision from a root of pure idealism, and never done anything dark or greedy, is lying. I think everybody who ventures into especially the music industry hoping for a career with big success, ends up making these Faustian bargains at some point even if only briefly. It’s an aggressive song and I think I write best when I’m angry.”
Fierce Bliss is classic rock comfort food of the finest ingredients, carrying a richness and light that allows you to escape into timeless nostalgia. 11 perfectly weighted and selected songs ranging from Wilson’s own co-penned originals to breathtaking covers and collaborations. “A Moment in Heaven” could easily apply to anyone who has seen their career suddenly bathed in a bright beam of glory before the spotlight is abruptly moved elsewhere. There is a deeply spiritual air about Ann Wilson 2022, and both “Black Wing” and “Angel’s Blues” show different facets of that soul and ethos. Furthermore, Wilson brings new life and verve to classic songs, such as Queen’s “Love of My Life” and Robin Trower’s “Bridge of Sighs,” and has helped fashion definitive versions of each which stand toe-to-toe with the originals.
To cap it all, the album artwork comes from the mind and hands of celebrated fantasy artist Roger Dean, who aside from his work in fantasy art is also renowned for his Yes sleeve artwork.
Wilson will soon be hitting the road with her new band, and make no mistake, she’s a performer at heart thus her excitement is palpable. Ann Wilson seems to be more comfortable with herself (and her art) than ever before with both Fierce Bliss and the band she’ll be touring with. “I think that for someone who’s been through as much as I have, and has lived to tell the tales, it’s okay to share my experiences,” says Wilson sagely. “I’ve heard from a lot of younger musicians and listeners too who have thanked me for staying around and for just keeping upright, just making it through, making the concessions once but not twice, and being able to live through it all with dignity.”
Ann Wilson, Gesang
Tom Bukovac, guitar
Tony Lucido, bass
Sean T Lane, drums, percussion
Gordon Mote, keyboards
Tim Lauer, keyboards 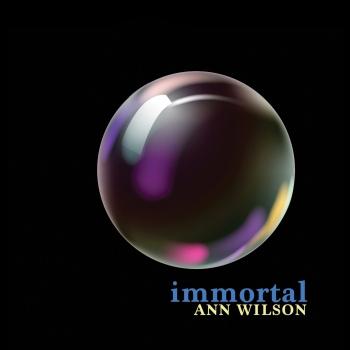 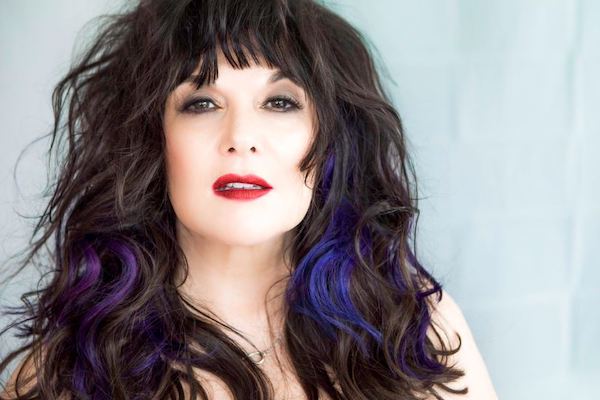 Ann Wilson
Widely regarded as one of the greatest voices in the history of rock ‘n’ roll, Ann Wilson is a true icon, known far and wide as lead singer and songwriter of the groundbreaking rock band, Heart. Led by Wilson’s extraordinary vocal power, Heart has thrilled audiences for over four decades, earning sales of more than 35 million and a well-deserved induction into the Rock and Roll Hall of Fame in 2013. Indeed, as lead singer of the first female-fronted superstar hard rock band, Wilson blazed a trail for generations of women to come, while her songs – including “Barracuda,” “Crazy On You,” “Straight On,” and “Magic Man,” to name but a few – have become part of the very fabric of popular culture.
Wilson made her stellar solo debut with 2007’s HOPE & GLORY, showcasing inventive covers of songs that inspired her own artistry alongside guest appearances from such friends and fans as Elton John, k.d. lang, Alison Krauss, Wynonna Judd, Shawn Colvin, and Rufus Wainwright. Her critically acclaimed second solo album, 2018’s IMMORTAL, saw her teaming with longtime Heart producer Mike Flicker to put her unique stamp on songs made famous by David Bowie, Leonard Cohen, Tom Petty, Amy Winehouse, and more. A series of remarkable single releases have followed, including “The Revolution Starts Now” (written and originally recorded by Steve Earle) and Wilson’s own mighty soul ballad, “Tender Heart,” earning applause from such high-profile media outlets as Rolling Stone, American Songwriter, Goldmine, and many more.
As creatively energized as ever before, Wilson is currently working on additional new music and plans to return to the road as soon as possible, bringing her one-of-a-kind voice and classic songs to stages everywhere.