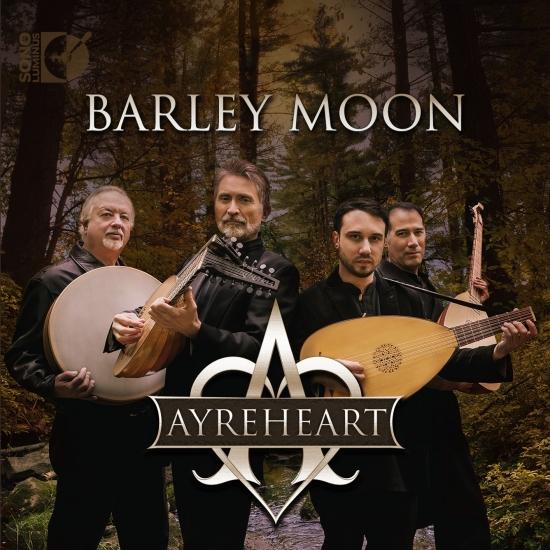 In the late '60s, many things were born. The British Folk Rock movement, as it was called, was one. Trying to decide "how it started" is actually a little silly; victory has a thousand fathers, after all. But there is no doubt that Fairport Convention, Steeleye Span, Pentangle, the Incredible String Band, and their many fellows introduced generations to music of the tradition. And, they did it well. Not incidentally, they and their individual members often performed and recorded "early music" as well.
Ayreheart blends the "art" and "folk" traditions so organically, we are reminded how artificial such a separation actually is. "John Barleycorn," the witty view of brewing as an act of torture and abuse, is so perfect that Vaughan Williams himself wondered if it may have been created by "an antiquarian revivalist," who then saw it pass "into popular currency and become 'folklorised'." Many in the folk-rock movement recorded the song, most prominently the group Traffic in their album named for the song itself. Ronn McFarlane was true to his ancestry then, and has kept that flame alive in creative and newly-evolving ways with Ayreheart. Is it art music? Is it folk? Could it possibly matter less? (Robert Aubry Davis)
Ronn McFarlane, lutes
Brian Kay, vocals, lutes, mandolin, komuz, guitar
Mattias Rucht, djembé, drum kit, cajón, udu, frame drum, dumbek
Will Morris, bass, colascione, violin, mandolin 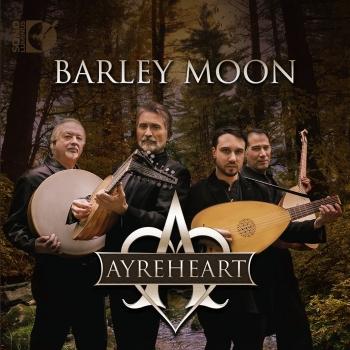 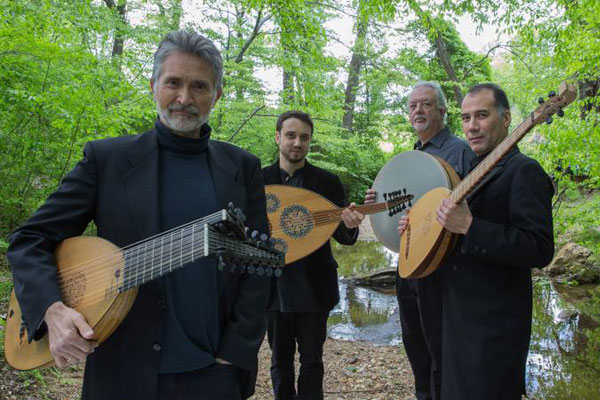 Ayreheart
The members of Ayreheart wield some of the most ancient instruments used in modern music. The band centers around the versatile lute textures created by Ronn McFarlane, both as accompaniment and lead instrument. He conceived and founded the group in the wake of his 2009 Grammy nomination for the album Indigo Road, consisting of his contemporary works for lute. This was followed by the album One Morning which formally introduced Ayreheart as a group. Now filled out by bass and drums, this staple rhythm section shows subtle surprises - fretless bass providing expressive foundation paired with percussion instruments from around the world, transport the listener with hypnotic drive. Their songs are given life by multi-instrumentalist Brian Kay whose vocal range can summon tears from ethereal ballads and evoke revolutions from power anthems. And if you think you’ve heard all they can do in one set, you will be surprised when a violin and mandolin are featured in the next.