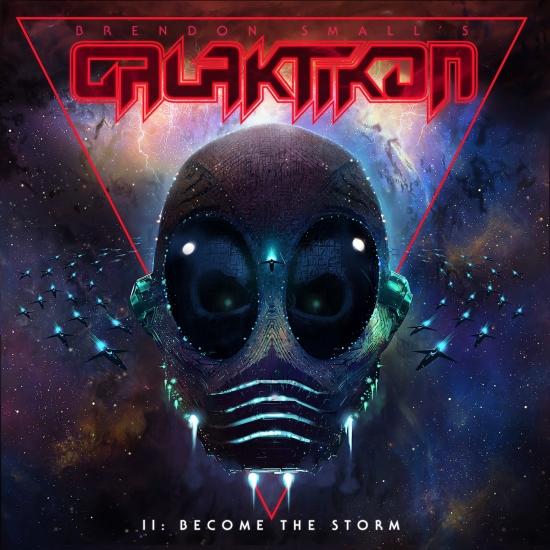 Brendon Small the mastermind behind massive metal band Dethklok and albums The Dethalbum (the highest-charting death metal album ever on the Billboard Top 200 chart), Dethalbum II, Dethalbum III and Metalocalypse: The Doomstar Requiem has been teasing a new chapter of his popular Galaktikon saga for months. After spending the past two years writing and recording new material and dropping random hints throughout the media and at appearances, the wait is over. br brThis year, marking the 10 year anniversary of his breakout Dethklok release, The Dethalbum, Brendon Small will reveal his upcoming high-stakes intergalactic extreme rockmetal album, Galaktikon II: Become The Storm, to the masses.br brGalaktikon II: Become The Storm follows the space-age theme of 2012's original Galaktikon album, with a conceptual story line and a heavier, darker, more brutal sound. In addition to Brendon Small on vocals and guitar, the new album will feature acclaimed musicians and Dethklok alum Bryan Beller (bassThe Aristocrats, Dweezil Zappa, Steve Vai) and Gene Hoglan (drumsTestament, Death, Dark Angel). Galaktikon II: Become The Storm was co-produced by Small and Grammy-nominated producerengineer Ulrich Wild, who also worked behind the board on the Dethklok albums.br brWith these names behind the project, it should come as no surprise that Galaktikon II: Become The Storm is a welcomed transformation and expansion of the sound that put Brendon Small on the musical map. With uncapped time and creativity on their side, Small & Co. were able to reach above and beyond what fans have come to expect as of now. Galaktikon II: Become The Storm proves to be Small's most commanding release yet.
"The sophomore solo outing from the Home Movies and Metalocalypse co-creator, Galaktikon II: Become the Storm is a Dethklok album in everything but name, as it features fellow Dethklok members Gene Hoglan and Bryan Beller on drums and bass, respectively. When Adult Swim restricted the use of the moniker for any new musical endeavors, Brendon Small began releasing material under his own name, beginning with the conceptual Brendon Small's Galaktikon in 2012. While not as narrative-driven as its predecessor, fans of the animated rockers' lethal blend of melody and might will find much to love here, as Small and company have crafted another winning slate of melodic death metal anthems that flirt with every iteration of the genre. From the guttural, throat-clearing attack of "Some Days Are for Dying" and "Icarus Six Sixty Six" to the sonorous, clean-sung "The Agenda" and the soaring, twin-guitarmony-driven closer "Rebuilding a Planet," Dethklok 2.0 prove to be as endlessly creative as they are sonically formidable." (James Christopher Monger, AMG)
Brendon Small, vocals, guitar, keyboards
Bryan Beller, bass
Gene Hoglan, drums
Produced by Brendon Small, Ulrich Wild 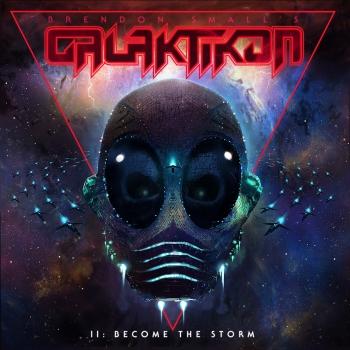 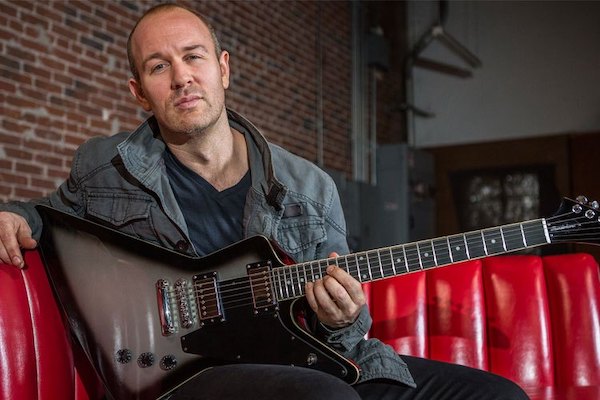 Brendon Small
An American producer, animator, standup comedian, voice actor, and multi-instrumentalist, Springfield, Illinois native Brendon Small is best known as the co-creator of the popular animated television series Home Movies and Metalocalypse, the latter of which spawned the cult virtual death metal ensemble Dethklok. A Berklee College of Music graduate who also studied comedy and writing at Emerson College, Small and animator, screenwriter, and voice actor Loren Bouchard (Bob's Burgers, Lucy, The Daughter of the Devil) debuted their animated TV sitcom Home Movies in 1999 on UPN. After moving to Adult Swim, the show developed a cult following and enjoyed a four-season run. Bouchard would eventually go on to create the similarly successful Bob's Burgers, while Small and Thomas Blacha (Da Ali G Show, Late Night with Conan O'Brien) focused their efforts on developing the macabre animated black comedy Metalocalypse. Small contributed all of the music to the program -- he did the same with Home Movies -- and the show's neck-snapping house band, Dethklok, would go on to release a string of successful albums, including The Dethalbum (2007), Dethalbum II (2009), Dethalbum III (2012), and The Doomstar Requiem (2013) -- they even released a split CD with Texas alt-rockers And You Will Know Us by the Trail of Dead. In addition to his work with Dethklok, Small has released music under his own name, beginning in 2012 with Brendon Small's Galaktikon, which he described as a "high-stakes, intergalactic, extreme rock album." A sophomore outing, Brendon Small's Galaktikon II: Become the Storm, followed in 2017. (AMG)