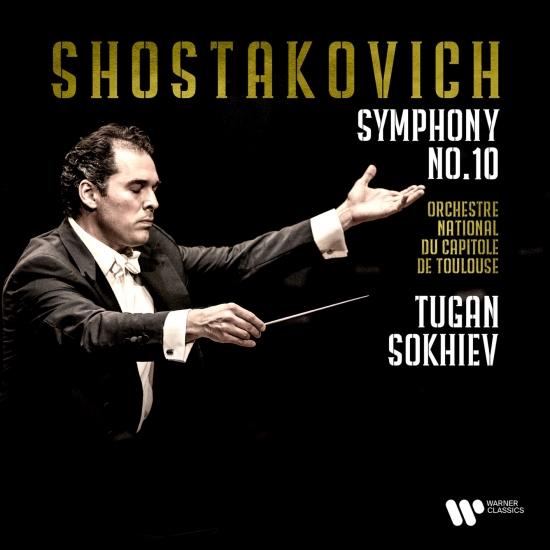 Continuing a Shostakovich series launched in 2020, Tugan Sokhiev conducts the Symphony No 10, a tension-ridden work composed shortly after the death of Joseph Stalin in 1953. Sokhiev, previously Music Director of the Orchestre national du Capitole de Toulouse from 2008 to 2022, trained with a contemporary and classmate of Shostakovich, the influential St Petersburg-based teacher Ilya Musin (1903-99). When Warner Classics released the Symphony No 8, Le Figaro judged it “an opportunity to assess the incredible work done [in Toulouse] over the past 12 years by Sokhiev, whose Shostakovich 8 is as impressive for its consistency and density as for its clarity.” Diapason, the leading French music magazine, judged the Symphony No 8 to be worthy of a Diapason d’Or; the reviewer described the Toulouse players as “the only French orchestra that can play this repertoire in this way”, and praised Sokhiev for “focusing entirely on the tension of the narrative, achieving incandescence as the music enters a world of increasing turbulence and conflict”.
Orchestre National du Capitole de Toulouse
Tugan Sokhiev, conductor 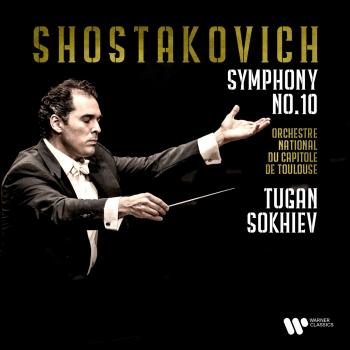 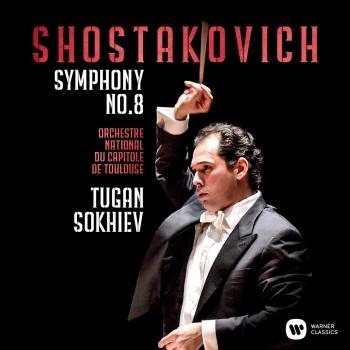 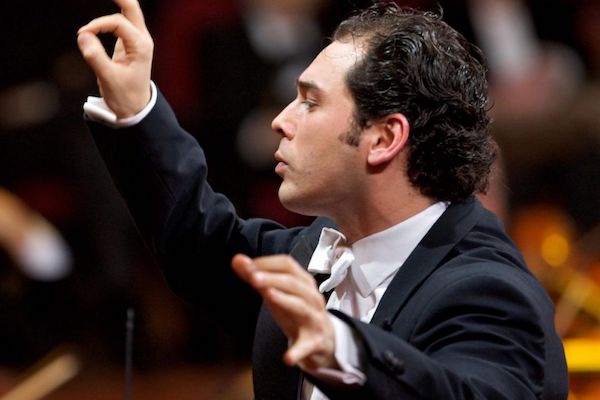 Tugan Sokhiev
The Russian conductor Tugan Sokhiev was born in 1977 in Vladikavkaz in North Ossetia. He completed his studies in St. Petersburg and was one of the last students of the legendary Ilya Musin, who also mentored Semyon Bychkov, Valery Gergiev, and Teodor Currentzis. Sokhiev became known in the West when he conducted Puccini’s La Bohème at the Welsh National Opera in 2002. In the following year, he made his debut at the Metropolitan Opera in New York with Tchaikovsky’s Eugene Onegin; he appeared for the first time at the Festival d’Aix-en-Provence in 2004 leading Prokofiev’s L’Amour des trois oranges and at Houston Grand Opera in 2006 with Mussorgsky’s Boris Godunov. Sokhiev was appointed head of the Orchestre national du Capitole de Toulouse in 2008, which he still helms today. From 2012 to 2016, he additionally served as Principal Conductor of the Deutsches Symphonie-Orchester Berlin. He has been Music Director of the acclaimed Bolshoi Theater in Moscow since 2014, where in the 2018-19 season he led new productions of Bernstein’s Candide, Rossini’s Il viaggio a Reims, and Tchaikovsky’s Eugene Onegin. Sokhiev regularly collaborates as a guest conductor with the Berlin Philharmonic, whose famous Waldbühne summer concert he led in June 2019. He also conducts the Vienna Philharmonic, the Philharmonia and London Symphony Orchestras, the Leipzig Gewandhaus Orchestra, the Royal Concertgebouw Orchestra Amsterdam, and the Philadelphia and Chicago Symphony Orchestras. Sokhiev’s discography encompasses works by Tchaikovsky, Stravinsky, Rachmaninoff, Prokofiev, and Mussorgsky. He is a Chevalier dans l’Ordre National du Mérite; he was voted Musical Personality of the Year by the Association of French Music Critics in 2014 and in 2018 was awarded the Russian Order “For Merit to the Fatherland.”