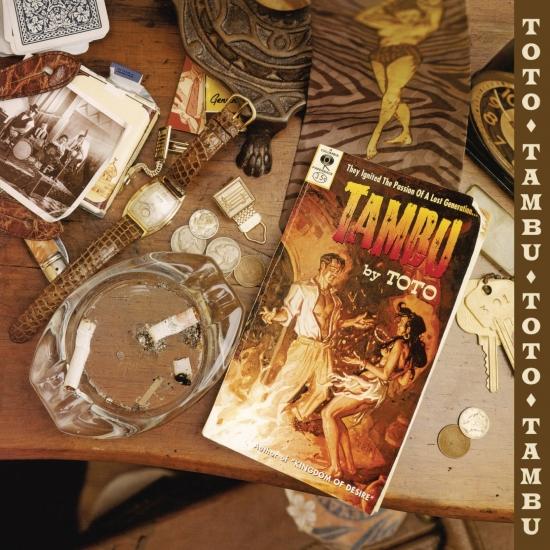 Tambu is the ninth studio album by American rock band Toto. It was released in May 1995 through Sony Records. It is the first album by the group since the death of Jeff Porcaro in 1992. The album includes the single "I Will Remember", which failed to chart in the US but was the band's first chart hit in the UK since "I Won't Hold You Back" twelve years before.
Tambu is the first Toto studio album with Simon Phillips on drums.
Tambu sonically shines as well, as engineers Elliot Scheiner, Bill Smith and Al Schmidt work audio wizardry. Lukather provides melodic touches on guitar, but his main tool is the piano where he provides flourishes which neatly tie into the cinematic landscape of the song. Lukather also provides touches of synthesizer, while David Paich furnishes the supportive string arrangement.
Steve Lukather, vocals, guitars, piano, synthesizer
David Paich, keyboards, vocals
Mike Porcaro, bass, additional keyboards
Simon Phillips, drums, drum loops, additional keyboards
Jenny Douglas McRae, vocals
John James, vocals
Lenny Castro, percussion
Michael Fisher, percussion
Steve Porcaro, drum loops
Paulinho Da Costa, percussion
Phillip Ingram, background vocals
Ricky Nelson, background vocals
Lenny Castro, percussion on "Gift of Faith", "I Will Remember", and "The Other End of Time"
Michael Fisher, percussion on "If You Belong to Me"
Paulinho da Costa, percussion on "Baby He's Your Man", "The Turning Point", and "Time is the Enemy"
Digitally remastered

The Seventh One (Remastered)

40 Tours Around The Sun (Live)

Greatest Hits: 40 Trips Around The Sun