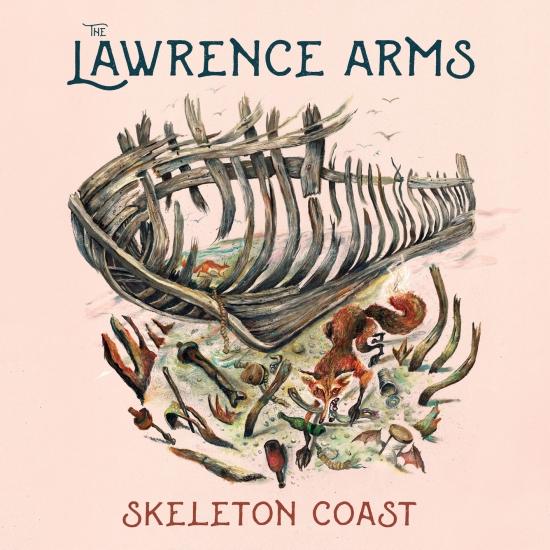 The album contains the elements of the band’s sound that fans have come to love for the past two decades but recontextualizes them in a way that somehow sounds perfectly aligned with this strange time in our collective history. Although it was written and recorded before the Coronavirus upended the world, the band’s seventh studio album sounds eerily prescient as it imagines an apocalyptic future where coyotes croon and wolf packs roam free.
“For a band who has been around as long as us, this is about as urgent of a record as we could make,” vocalist and bassist Brendan Kelly explains. “It may be kind of dark but it’s really about searching for light in the darkness and finding it, as small as those moments may seem. That’s sort of where we’re at: Collecting the scraps of things that could make for a bearable existence in dark times.”
"It was kind of like album camp in the sense that we were in this very remote setting for two weeks and really focusing on making the record. That was a very different experience for us because we’ve always made our records in Chicago which is home and all the things about home are in the way,” kommentiert Sänger und Gitarrist Chris McCaughan.
Neil Hennessy, drums
Chris McCaughan, vocals, guitar
Brendan Kelly, bass 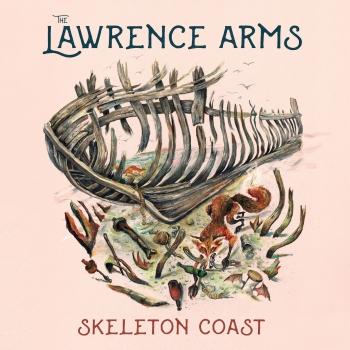 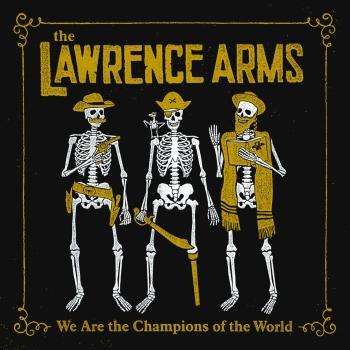 We Are the Champions of the World: The Best Of 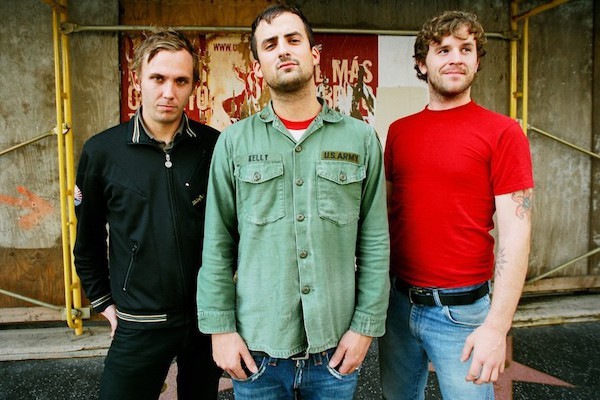 The Lawrence Arms
Chicago’s Lawrence Arms are a gritty but clever punk rock three-piece that trace their beginnings back to 1999. Their involvement in bands and the punk scene goes back many years prior however, as the members were involved in Windy City mainstays Slapstick, The Broadways, and Baxter. The band takes it’s name from a run-down building the members resided in called the Lawrence Arms, which was located in a very lower-class area of uptown Chicago. For the record, they were eventually evicted from the place in the middle of the night.
Their latest album, Oh! Calcutta!, comes at a time when the stars have seemingly aligned and their presence is at an all-time high. Singer Brendan and his outspoken anti-Bush opinions have been all over TV this past year and he was even a feature interview on The Daily Show with Jon Stewart. He got off easy though and they only made fun of his tattoos. And you can have a look at any punk forum on the web and you’ll come to find that The Lawrence Arms are the subject of many a hotly-debated discussion regarding their relevance. But forget about the chatter on the internet, Alternative Press recently described them “One of the best honest-to-God punk-rock bands around today.” Things are indeed looking up for the boys, but let’s get historical…
After a couple releases on Asian Man Records, The Lawrence Arms chose to work with Fat Wreck Chords from among several interested labels and released Apathy and Exhaustion in early 2002. Their Fat Wreck debut was recorded after 13 months of constant touring and is an aptly-titled product of a band that endured every mishap and triumph of an arduous tour. For over a year The Lawrence Arms lived on the road, and every bit of defiance, debauchery, and desperation, comes through on Apathy and Exhaustion. Their next sonic conquest came in the form of their second Fat full length, The Greatest Story Ever Told, an exalted title no doubt, but one that they managed to live up to. In typical Larry Arms fashion, the band waxes intellectual whilst making repeated tributes to American pop culture. No one is safe, and everyone from Kafka to the cast of Perfect Strangers play a part in The Greatest Story Ever Told.
Talking shit has long been The Lawrence Arms calling card. Especially onstage. Everyone from Dashboard Confessional to Joyce Carol Oates have fell victim to the band’s drunken tirades. Some of their fans will tell you that their shows seem more like a celebrity roast—just without the subject in attendance. This new LP is no exception, and this time around it’s Van’s Warped Tour that bears the bullseye. Lyrics on their folky bonus track for example: These thieves in their flip-flops and bro attitudes are the very reason we do what we do, When I say ‘fuck the man’, it’s what I believe, No matter who that man happens to be… Ouch! What could possibly be the reason for such contempt? Maybe because they’ve been 86’d from the tour on account that they were shit-talking the whole operation while they were playing it. Yeah, that’ll do it.
The Lawrence Arms seem like the very last punk band who are doing what they want. “Keeping it real”, is the phrase, I believe? And their new record, Oh! Calcutta!, is fixin’ to be a real breakthrough for the guys as they have a full head of steam and a tour with NOFX in the Spring. Touring is what they do best, and they have spent the last many months jet-setting the globe: Europe with Millencolin, Japan with No Use For A Name, and Australia with Anti-Flag. Let us not forget their more recent States-side tours with Lagwagon, Against Me!, and chums Hot Water Music. Look for them to be drinking straight from the tap and playing the hits from Oh! Calcutta! in a shitty club near you.