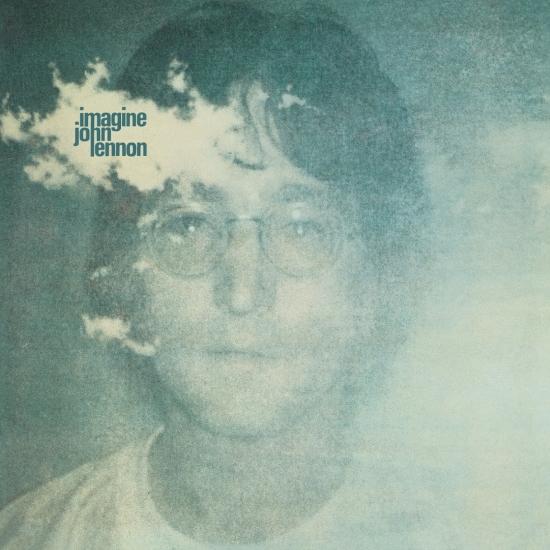 John Lennon & Plastic Ono Band with The Flux Fiddlers released the album Imagine at the end of the summer of 1971, followed by the release of the title track as a single a month later. Due to the massive success of the album, the cover imagery of him behind a photo of a cloud is considered iconic. Imagine continues to be one of Lennon’s biggest sellers almost 33 years after his death, and will continue to be for years to come.
„After the primal-scream therapy of Plastic Ono Band, John Lennon softened up and opened up on his second solo album. There is still the stinging 'Gimme Some Truth' and Lennon's evisceration of Paul McCartney, 'How Do You Sleep?' – both featuring George Harrison on guitar. But there is also the aching soul of 'Jealous Guy' and the irresistible vulnerability of 'Oh Yoko!' Imagine is self-consciously luminescent, pointedly embraceable, the sound of cynicism melting. Lennon said of the title track, 'Anti-religious, anti-nationalistic, anti­conventional, anti-capitalistic, but because it is sugarcoated it is accepted... Now I understand what you have to do. Put your political message across with a little honey.' (Rolling Stone)
John Lennon, vocals, acoustic and electric guitars, piano
George Harrison, electric and slide guitar
Nicky Hopkins, piano, electric piano
Klaus Voormann, bass, upright bass
Alan White, drums
Jim Keltner, drums (on 'Crippled Inside,' 'Jealous Guy,' and 'I Don't Wanna Be a Soldier“)
Jim Gordon, drums (on 'It's So Hard“)
King Curtis, saxophone
John Barham, harmonium
John Tout, acoustic guitar (on on 'Crippled Inside“)
Ted Turner, acoustic guitar (on on 'Crippled Inside“)
Rod Linton, acoustic guitar (on on 'Crippled Inside“)
Joey Molland, acoustic guitar (on 'I Don't Wanna Be a Soldier“)
Tom Evans, acoustic guitar (on 'I Don't Wanna Be a Soldier“)
Rod Linton, acoustic guitar (on 'Gimme Some Truth' and 'Oh Yoko!“)
Andy Davis, acoustic guitar (on 'Gimme Some Truth' and 'Oh Yoko!“)
The Flux Fiddlers, orchestral strings
Phil Spector, backing vocals (on 'Oh Yoko!“)
Michael Pinder, tambourine
Steve Brendell, upright bass (on 'Crippled Inside'; maracas on 'I Don't Wanna Be a Soldier“)
Recorded on 11–16 February and 23 June–5 July 1971, at Ascot Sound Studios, Surrey, Abbey Road Studios, London and Record Plant, New York
Produced by John Lennon, Yoko Ono, Phil Spector
Digitally remastered