With a Twist Bria Skonberg 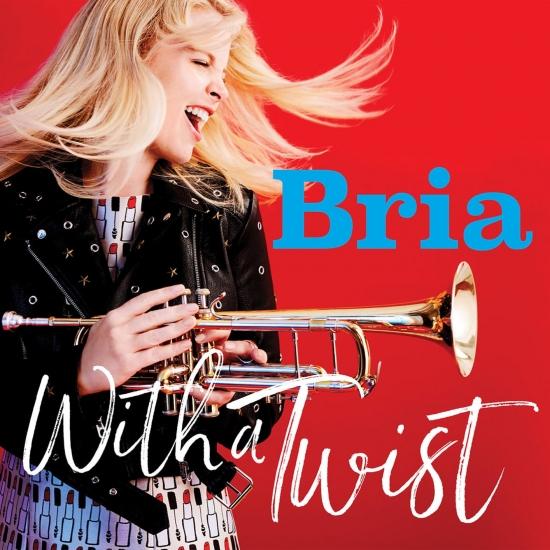 Info for With a Twist

The euphoric buzz of New York, over cocktails on the edge of evening, alive with possibilities…anything goes. Vocalist, trumpeter and songwriter Bria Skonberg re-imagines it all on her new album, „With a Twist“. Coming off a recent Juno Award (Canada's version of The Grammys) for her first OKeh collection, Bria, Skonberg spins her cool and confident vocal style---and her sleek and timeless jazz chops---into a program that playfully nods to tradition while always looking ahead. With a Twist is available May 19th, 2017.
Of the mood she was going after on With a Twist, Skonberg says: "The inspiration was love and adventure, and the many twists and turns and tunnels you can get into. It's a little about my time in New York, a little bit of cocktail culture. The musical inspiration was a modern-day Esquivel, Perez Prado, maybe some Spike Jones. It's just important to me to put some love and positivity out into the world right now."
With a Twist reunites Skonberg with producer Matt Pierson, whom she credits with helping her realize the album's concept. The album features 5-time Grammy winner Gil Goldstein (who arranged six of the tracks and plays keyboards and accordion), Sullivan Fortner (piano), Scott Colley (bass), Matt Wilson (drums).
More than romantic fantasy is casting the spell on With a Twist. Skonberg deftly pays tribute throughout the album to some great singers who influenced her. The opening track, "My Baby Just Cares for Me," offers a deep bow to Nina Simone. "Alright, Okay, You Win" (arranged here with "Soul Bossa Nova" – a Quincy Jones tune) summons the cool of Peggy Lee. "It's Oh So Quiet" is Björk's memorable twist of a song Betty Hutton first sang in the early 1950s; Skonberg says she has loved it since hearing the Björk recording in her car as a high school student in Chilliwack, British Columbia.
Also included is "High Hat, Trumpet, and Rhythm," a hot tune by Valaida Snow, the American jazz singer and trumpeter who became a worldwide sensation in the 1920s and 1930s. Fresh takes on "Cocktails for Two" (with a hint of Spike Jones's antic style); "Whatever Lola Wants" from Damn Yankees; and "Back in Your Own Back Yard" (a 1920s-vintage favorite of singers as diverse as Al Jolson and Billie Holiday) round out the golden-age standards.
Two more recent songs – Leonard Cohen's "Dance Me to the End of Love" and an instrumental version of Ed Sheeran's "Thinking Out Loud" – show that Skonberg, for a seasoned jazz baby, has a way with the music of her time. The wistful reflection and melancholy of "Dance Me to the End of Love" offers her a chance to remember the late Cohen, a fellow Canadian.
Skonberg's three originals on With a Twist represent a little odyssey of songwriting – "Same Kind of Crazy," written in Nashville with Jeff Cohen, and "How I Know," written in Los Angeles with Sam Hollander. Of the album's final track, "Time to Go," she says simply, "I made that one up, and I wanted it on the album." Fun fact about "Time to Go": "The little lick in the intro and outro belong to a song by Dizzy Gillespie called 'Dizzy Atmosphere,'" Skonberg notes. "The sentiment of that song lines up with the theme of this album – and Dizzy would've been 100 this year!"
Hailed by The Wall Street Journal as one of the "most versatile and imposing musicians of her generation," Bria Skonberg was recognized last summer as one of "25 for the Future" by DownBeat magazine and Vanity Fair cited her as a Millennial "Shaking Up the Jazz World." Skonberg is a self-described "small town girl" from Chilliwack, British Columbia, who hightailed it to Vancouver straight out of high school and earned a degree in Jazz Trumpet Performance. To date, she has performed at some 100 festivals worldwide. She is the co-founder of the New York Hot Jazz Camp and New York Hot Jazz Festival. Further accolades include her recent 2017 Juno win for Vocal Jazz Album of The Year for Bria, Best Vocal and Best Trumpet awards from Hot House Jazz Magazine (2014-15), Outstanding Jazz Artist at the New York Bistro Awards (2014), DownBeat Rising Star (2013-15), and a nominee for Jazz Journalists' Association Up and Coming Artist (2013). 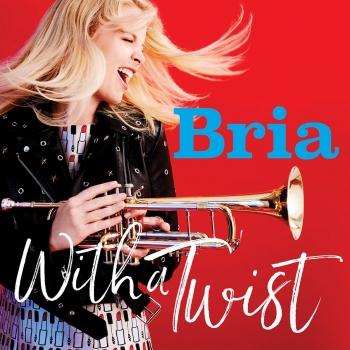 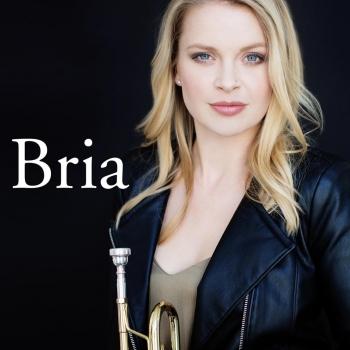 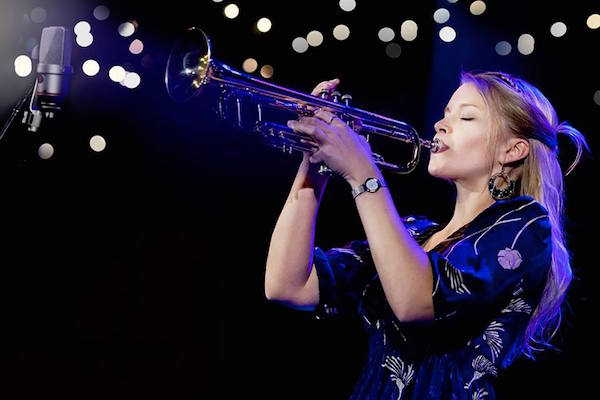 Bria Skonberg
Canadian singer, trumpeter, and songwriter Bria Skonberg is described by The Wall Street Journal as one of the “most versatile and imposing musicians of her generation.” Recognized as one of “25 for the Future” by DownBeat magazine (Summer 2016), Skonberg is newly signed to Sony Music Masterworks’ OKeh Records, and will release her debut LP, simply titled BRIA, on September 23, 2016.
Wielding a unique blend of modern-day pop sensibility and sizzling musicianship, Skonberg aims for a sense of allure on the new collection. She credits producer Matt Pierson with helping her create music that is both curious and exotic, playing with tension and storytelling. Elite jazz chops, artfully mixed with worldly rhythms and contemporary songwriting, result in a sophisticated pop sound closely resembling that of Michael Bublé, Diana Krall, and Harry Connick Jr. Bria’s original tunes include the tango “Curious Game,” the bluesy instrumental “Down in the Deep,” and the Brazilian-flavored “How Can It Be” - a reflection of the sampling era.
Noted as a Millennial “Shaking Up the Jazz World,” according to Vanity Fair, Skonberg is a self-described “small town girl” from Chilliwack, British Columbia. She left for Vancouver straight out of high school and earned a degree in Jazz Trumpet Performance from Capilano University. But even as she absorbed the deep knowledge and disciplined work habits needed for a jazz career, she was also hustling hard to book her two bands. While in university she juggled working every weekend, traveling to festivals and shows, plus cramming in schoolwork - all while on the road.
When not traveling for her own gigs, she was building up her stage-show chops with Dal Richards, Vancouver’s King of Swing. Playing at the 2010 Winter Olympic Games in Vancouver capped off this exciting period, with Bria featured at the Paralympics opening ceremony.
In 2012 Bria released So Is The Day (Random Act Records); her first album on a US-based label. That collection showcased a developing flair for original songs with just the right amount of standards mixed in, and also featured a duet with the legendary John Pizzarelli, So Is The Day received rave reviews from critics, drawing comparisons to Norah Jones in The New York Daily News. In 2015, a year after her second album, Into Your Own, was released, Skonberg received the Jazz At Lincoln Center Swing! Award.
To date, Bria has performed at some 100 festivals worldwide. She is the co-founder of the New York Hot Jazz Camp and New York Hot Jazz Festival. Further accolades include Best Vocal and Best Trumpet awards from Hot House Jazz Magazine (2014-15), Outstanding Jazz Artist at the New York Bistro Awards (2014), a DownBeat Rising Star (2013-15), and a nominee for Jazz Journalists' Association Up and Coming Artist (2013).
“I love the idea of being a global ambassador…spreading joy, relating the human experience, and putting good into the world to counteract the negative. I want to make music that makes people feel, and think.” (Bria Skonberg)

Booklet for With a Twist