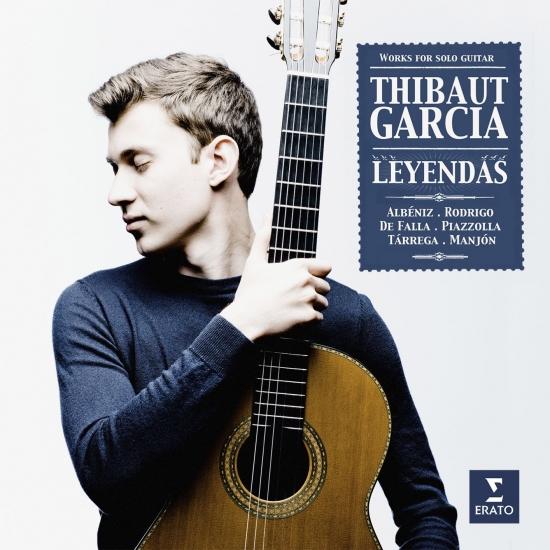 A Frenchman with Spanish blood, 22-year-old guitarist Thibaut Garcia makes his Erato debut with Leyendas (Legends), an atmospheric recital of music by Spanish and Argentinian composers: Albéniz, Falla, Rodrigo, Tárrega (his famous, shimmering Recuerdos de la Alhambra), Manjón and Piazzolla. “I wanted to show the guitar in its full glory,” says Garcia. “These legendary works are so close to my heart because they are part of my life and my travels.”
“This is music which made me love the guitar and which also reminds me of my Spanish roots. It shows various facets of the instrument, from the more popular style of Piazzolla’s Estaciones Porteñas and Falla’s Siete canciones populares españolas to the more classical, intimate and elegant world of Albéniz. I am a great fan of music from the early 20th century – it displays the full palette of colours that the guitar can offer.”
Making a guest appearance on the album is Erato cellist Edgar Moreau, who plays in the group of pieces by Falla. “This was the first time Edgar and I played together,” says Garcia. “It felt spontaneous, like two friends getting to know each other.”
Thibaut Garcia, classical guitar 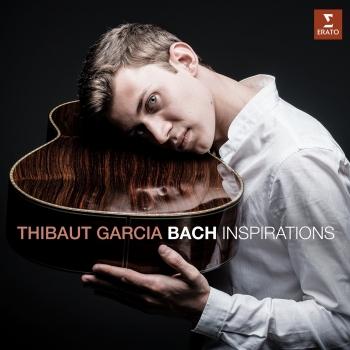 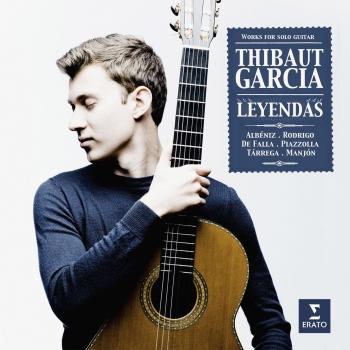 Thibaut Garcia
Born in Toulouse to Spanish and French parents, Thibaut Garcia was drawn to the guitar from the age of seven, inspired by his amateur guitarist father and the recordings of Andrés Segovia. He began his studies at the Paris Conservatoire aged just 16, coming to international attention soon after with several major competition wins to his name. By the time he was 21, he had taken First Prize in the International Competition of the Guitar Foundation of America, the José Tomás competition (Spain), and the International Guitar Competition of Seville, among others.
The coveted Guitar Foundation of America prize enables Garcia to undertake an extensive US tour of more than 50 concerts September-December 2016, culminating in his Carnegie Hall debut.
“What is most impressive about listening to Thibaut Garcia is the ease with which he transforms into music every technical and interpretive gesture, every breath and every silence, using the guitar as a natural extension of his own voice.” (Lorenzo Micheli, guitarist)