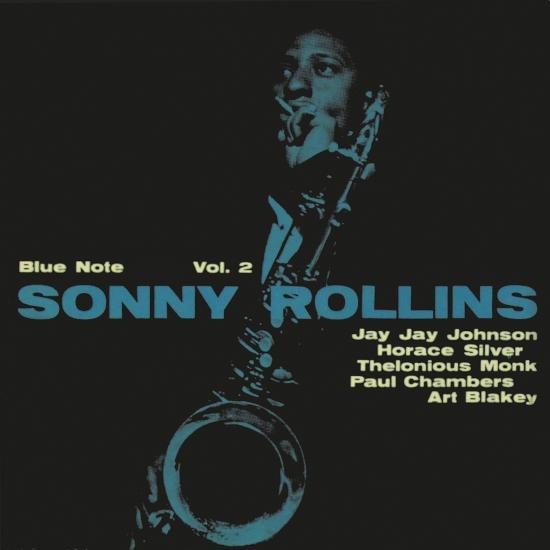 „Compared to his Prestige, Riverside, and Contemporary recordings of the 1950s, some of Rollins' appearances on Blue Note seemed anticlimactic, but none should be overlooked. This unusual album mostly has Rollins in an all-star quintet with trombonist J.J. Johnson, pianist Horace Silver, bassist Paul Chambers, and drummer Art Blakey, but Thelonious Monk sits in on his ballad 'Reflections' and on 'Misterioso' both Silver and Monk get to take contrasting solos. Of the other selections, Rollins' two originals ('Why Don't I' and 'Wail March') are worth reviving, and he finds something new to say on 'Poor Butterfly' and an uptempo 'You Stepped Out of a Dream.' (Scott Yanow)
Sonny Rollins, tenor saxophone
J.J. Johnson, trombone
Horace Silver, piano
Thelonious Monk, piano
Paul Chambers, bass
Art Blakey, drums
Recorded at Van Gelder Studios, Englewood Cliffs, New Jersey on April 14, 1957
Produced by Alfred Lion
Digitally remastered