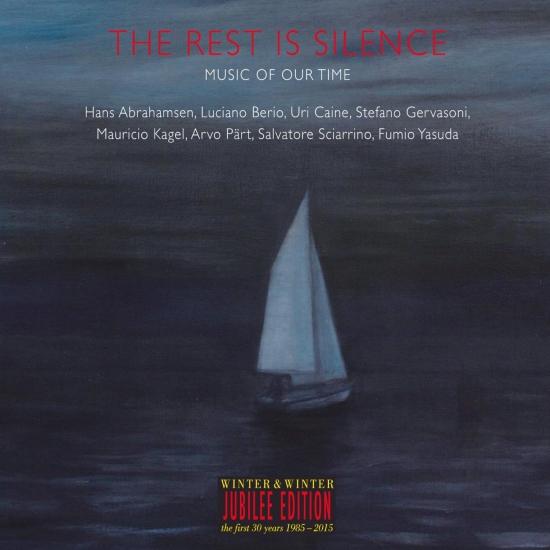 The album „The Rest is Silence“ offers the opportunity to get acquainted with music around the turn of the millenium. Mauricio Kagel, famous for his visionary sounds, condenses the atmosphere of our times into new sonorities in an enjoyable, humourous and sometimes satirical way. A form of Neo-Romanticism is the keyword for Fumio Yasuda's work, and Hans Abrahamsen is counted among the representatives of the New Simplicity. This album is not made for specialists of new music, it is the invitation to overcome the fear of the unknown.
Arditti Quartet
Teodoro Anzellotti, accordion
Lorenzo Ghielmi, organ
Uri Caine, piano
Tamara Stefanovich, piano
Fumio Yasuda, piano
L'Instant Donné
European Art Orchestra
Kammerorchester Basel
WDR Sinfonieorchester Köln
Rundfunk-Sinfonieorchester Saarbrücken
Bernd Ruf, conductor
Kazushi Ono, conductor
Mauricio Kagel, conductor
Jonathan Stockhammer, conductor 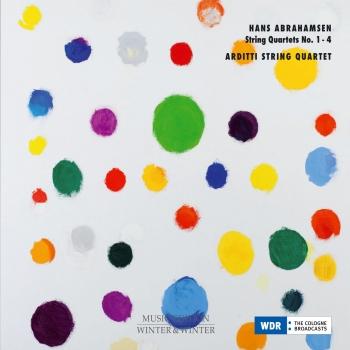 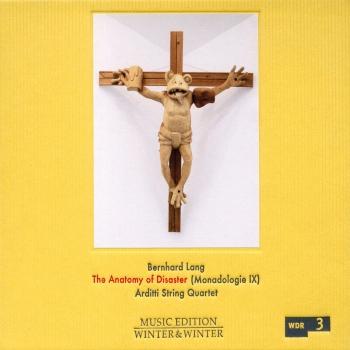 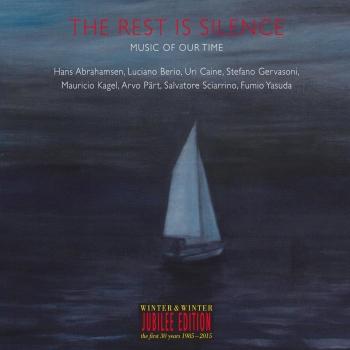 The Rest Is Silence - Music of Our Time (Jubilee Edition) 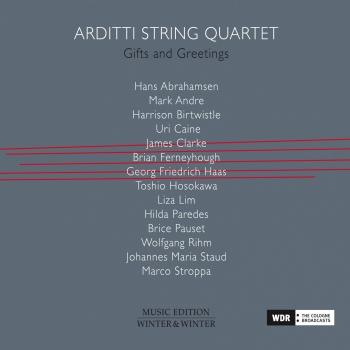 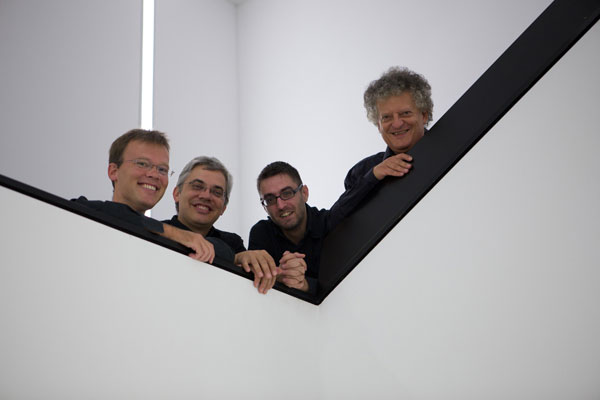 The Arditti Quartet
enjoys a world-wide reputation for their spirited and technically refined interpretations of contemporary and earlier 20th century music. Many hundreds of string quartets and other chamber works have been written for the ensemble since its foundation by first violinist Irvine Arditti in 1974. Many of these works have left a permanent mark on 20th century repertoire and have given the Arditti Quartet a firm place in music history. World premieres of quartets by composers such as Ades, Andriessen, Aperghis, Birtwistle, Britten, Cage, Carter, Denisov, Dillon, Dufourt, Dusapin, Fedele, Ferneyhough, Francesconi, Gubaidulina, Guerrero, Harvey, Hosokawa, Kagel, Kurtag, Lachenmann, Ligeti, Maderna, Manoury, Nancarrow, Reynolds, Rihm, Scelsi, Sciarrino, Stockhausen and Xenakis and hundreds more show the wide range of music in the Arditti Quartet’s repertoire.
The ensemble believes that close collaboration with composers is vital to the process of interpreting modern music and therefore attempts to work with every composer it plays.
The players’ commitment to educational work is indicated by their masterclasses and workshops for young performers and composers all over the world.
The Arditti Quartet’s extensive discography now features over 190 CDs. 42 CD's were released as part of the ensemble's series on Naive Montaigne. This series set the trend, by presenting numerous contemporary composer features, recorded in their presence as well as the first digital recordings of the complete Second Viennese School's chamber music for strings. The quartet has recorded for more than 20 other CD labels and together this CD collection is the most extensive available of quartet literature in the last 40 years. To name just a few, Berio, Cage, Carter, Lachenmann, Ligeti, Nono, Rihm, the complete chamber music of Xenakis and Stockhausen's infamous Helicopter Quartet. Some of the most recent releases are with the French company Aeon and include profiles of Harvey, Dusapin, Birtwistle and Gerhard. For 2014, Ferneyhough's complete quartets and trios will also be released on this label.
Over the past 30 years, the ensemble has received many prizes for its work. They have won the Deutsche Schallplatten Preis several times and the Gramophone Award for the best recording of contemporary music in 1999 (Elliott Carter) and 2002 (Harrison Birtwistle). In 2004 they were awarded the 'Coup de Coeur' prize by the Academie Charles Cros in France for their exceptional contribution to the dissemination of contemporary music. The prestigious Ernst von Siemens Music Prize was awarded to them in 1999 for ‘lifetime achievement’ in music. They remain to this day, the only ensemble ever to receive it.
The complete archive of the Arditti quartet is housed in the Sacher Foundation in Basle, Switzerland.