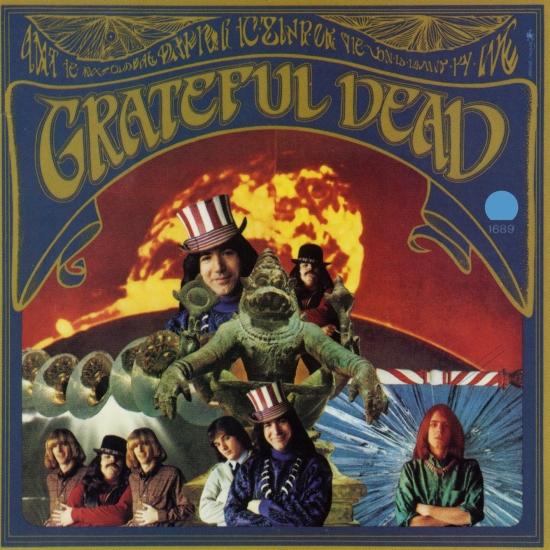 Info for The Grateful Dead (Remastered)

The Grateful Dead is the debut album of the Grateful Dead. The seminal debut of The Grateful Dead – a record that was maybe as important to the American psychedelic scene as the first two albums by Pink Floyd were to the UK! Like those sets, this one almost seems to come out of nowhere – still very much a part of its time, with trippiness and fuzz that other groups were certainly working with – but put together at a level that's very much its own thing, and which is undeniably worthy of all the copycats who paid it tribute in years to come. There's maybe a deeper current of blues roots here than in later years of The Dead – but in the best way possible – and titles include "The Golden Road", "Beat It On Down The Line", "Cold Rain And Snow", "Morning Dew", and "Viola Lee Blues".
Bob Weir, rhythm guitar, vocals
Ron "Pigpen" McKernan, Vox Continental organ, harmonica, vocals
Bill Kreutzmann, drums, percussion
Jerry "Captain Trips" Garcia, lead guitar, vocals
Phil Lesh, bass, vocals
Produced by David Hassinger
Digitally remastered