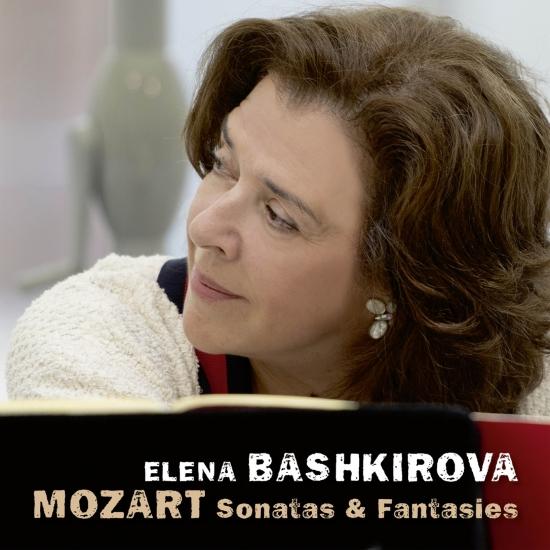 “This time, I am not only an absolute musician, but also a poet”, wrote Dvořák regarding the Poetic Tone Pictures, Op. 85, his most extended cycle of lyric character pieces for piano. Concluded in April/ May 1889 at his summer residence in Vysoka, the Poetic Tone Pictures introduced a new tendency in Dvořák’s output: from then on, he started to “poeticize” his musical style. As he wrote to his publisher Fritz Simrock: “Each piece will have its own title and is meant to express something: thus, as it were, this is program music!” This new tendency culminated in 1896-1898 with the five symphonic poems The Water Goblin Op. 107, The Noon Witch Op. 108, The Golden Spinning Wheel Op. 109, The Wild Dove Op. 110, and A Hero’s Song Op. 111.
The great Czech composer is hardly known for his piano works, in which he invariably seems to stand somewhat in the shadow of great Romantic masters such as Schumann or Brahms. Nonetheless, the 13 character pieces that comprise the Poetic Tone Pictures reveal an incredibly rich, enchantingly diverse world of inner images. At the same time, they offer a multitude of stylistic and pianistic surprises by combining folklore elements with subtle timbre effects. It is therefore all the more astonishing that they have been seldom performed in concert.
Elena Bashkirova was looking for a new work to play: she rediscovered the neglected cycle in her score cabinet, and was immediately thrilled with Dvořák’s rich and diverse palette of timbres: “I flipped through the pages, played a couple of chords – and the music captured me right away. It’s so poetic, so evocative. I immediately started to see stories and pictures in my mind’s eye. As a pianist, you can narrate these stories very well. They open up our hearts.” Elena Bashkirova finds that the Poetic Tone Pictures, although composed in the countryside, have everything to do in terms of mood with Prague Art Deco style. She is reminded “of those marvellous fin-de-siècle windows with their beautiful female figures”. And she points out that Dvořák was thinking more of human situations than of landscapes when he wrote these pieces….”. (from the liner notes by Julia Spinola)
Elena Bashkirova, piano 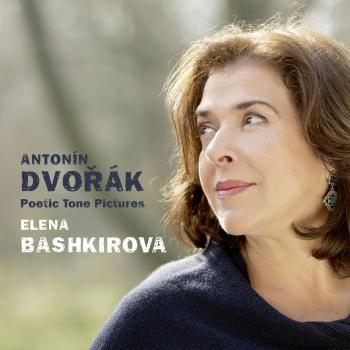 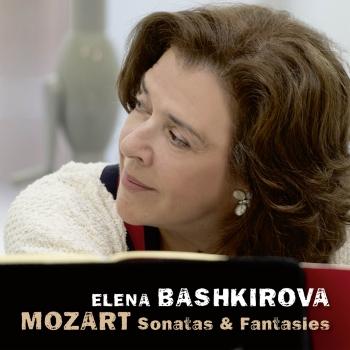 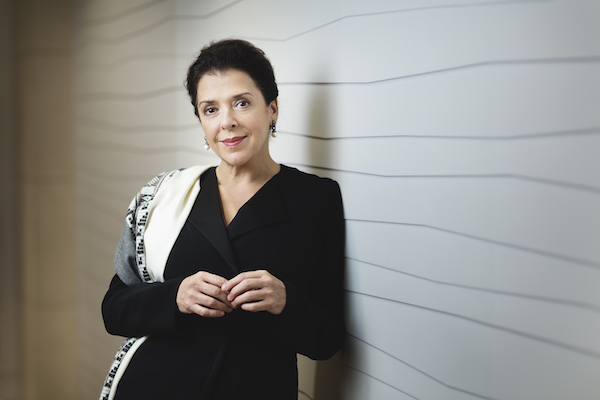 Elena Bashkirova
The Moscow-born pianist Elena Bashkirova studied at the Tchaikovsky Conservatory in the masterclass led by her father, the renowned pianist and music teacher Dimitrij Bashkirov.
The various facets of her creative activity – orchestral pieces, chamber music, recitals, song accompaniment and programing – are all equally important to Elena Bashkirova, and her experiences in each area provide a constant source of inspiration for her work in the others.
Elena Bashkirova explores classical and romantic repertoire as well as twentieth-century music; her work has been strongly influenced by collaborations and exchange with artists such as Pierre Boulez, Sergiu Celibidache, Christoph von Dohnányi and Michael Gielen. She enjoys long- standing partnerships with conductors such as Lawrence Foster, Karl-Heinz Steffens, Ivor Bolton, Manfred Honeck and Antonello Manacorda.
Her 2016 recording of Tchaikovsky’s “The Seasons, op. 37b” and “Album for the Young, op. 39” received the ICMA Award in the Solo Instrument category. In addition to her solo programmes, she is very passionate about vocal music and accompanies artists such as Matthias Goerne, René Pape, Robert Holl, Dorothea Röschmann and Anna Netrebko.
Twenty years ago, Elena Bashkirova founded the Jerusalem International Chamber Music Festival, an event taking place every year in September which she continues to lead as Artistic Director. The festival has become an important part of Israel’s cultural life. Since 2012, a partner festival has taken place every April at the Jewish Museum Berlin; this has also proved hugely popular.
Writing about her festival work, Julia Spinola observes in the Frankfurter Allgemeine Zeitung that it is the “combination of her musical enthusiasm and pragmatic inventiveness that makes Elena Bashkirova so compelling as an artist.”
Through guest performances of the “Jerusalem Chamber Music Festival Ensemble” at renowned chamber music series in Berlin, Paris, London, Salzburg, Vienna, Luxembourg, Lisbon, Budapest, Buenos Aires and São Paolo – as well as at international summer festivals such as the Lucerne Festival, the Verbier Festival, the Rheingau Musik Festival, the George Enescu Festival in Bucharest, the Ruhr Piano Festival and the Bonn Beethovenfest – the festival’s reach extends far beyond the borders of Israel.
Highlights of the 2019-20 season include performances with the Russian National Youth Symphony Orchestra under Antonello Manacorda, the Hamburger Symphoniker with Andris Poga, concerts with the Polish National Radio Symphony and the Mannheim Philharmonic. Elena Bashkirova will appear with solo-recitals at the Arthur Rubinstein International Festival in Lodz, in the Theatre des Champs Elysees Paris and in Zaragoza amongst others.
Alongside her chamber music partners, Elena Bashkirova will be touring South America in spring 2020 and is invited to perform at the Herbstgold Festival in Eisenstadt and the Schubertiade in Hohenems. In summer 2020 Elena Bashkirova will perform a series of song- recitals with Anna Netrebko in Bordeaux, Stockholm and Vienna.