Transmissions Live at the BBC Colosseum 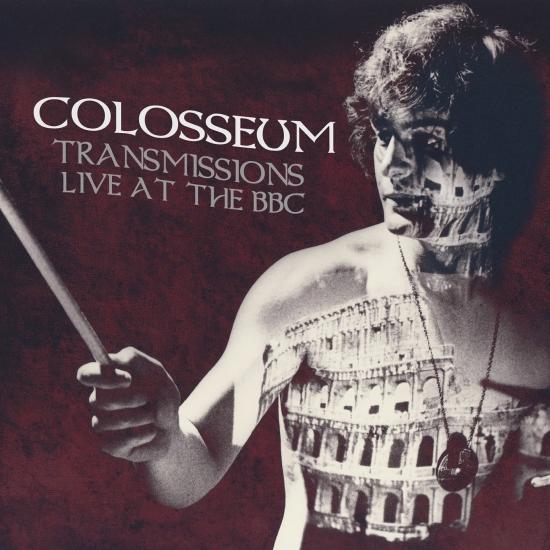 Info for Transmissions Live at the BBC

This is the BBC Radio 1 Service. We proudly present one of the world's greatest bands... Colosseum! Fans tuning into their wireless sets during the great age of progressive rock would have been thrilled to hear the announcer introduce one of their favourite bands about to hit the airwaves.
They wouldn't be disappointed. Few bands played with such power, fire and intensity whether in a club, at a festival or even in the confines of a radio station studio. Led by drumming legend Jon Hiseman, Colosseum was guaranteed to give an exciting performance as soon as the red recording light went on and the engineer gave the thumbs up.
Even so, it seemed like a fleeting moment, once the broadcasts were over, never to be heard again. But here is the exciting news. Many of the shows when Colosseum roared into epic arrangements like Walking In The Park, Daughter Of Time , Tanglewood 63 and Rope Ladder To The Moon were captured on tape for posterity, not only by the BBC but by listeners armed with their own home recorders.
So now it is Repertoire's turn to proudly announce the release of an amazing 6 albums set Transmissions - Live At The BBC featuring shows like John Peel's Top Gear and Sounds Of The 70s, and comprising some 60 tracks recorded between 1969 and 1971. We hear the earliest version of Colosseum with founder members Jon Hiseman, Dick Heckstall-Smith, Dave Greenslade and Tony Reeves joined by guitarist/vocalist James Litherland. Later classic line-ups include Dave Clempson on guitar with Chris Farlowe (vocals) and Mark Clarke (bass) with guest appearances by Barbara Thompson (sax/flute) and the New Jazz Orchestra.
This vast treasure trove of material has been rescued from the BBC and Colosseum archives, along with rare recordings by fans and enthusiasts. It has been painstaking collected, collated, restored and digitalised by the combined forces of historian and archivist Colin Harper, Jon's daughter Ana Gracey and Repertoire's own audio genius the mighty Eroc.
Colosseum
Digitally remastered 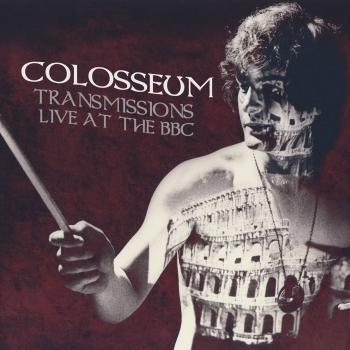 Transmissions Live at the BBC 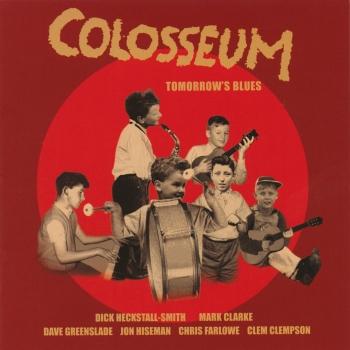 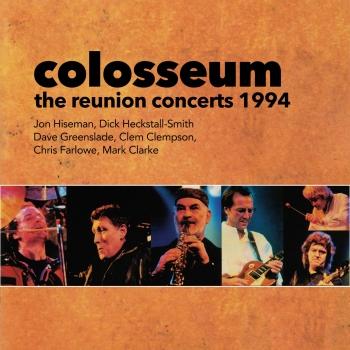 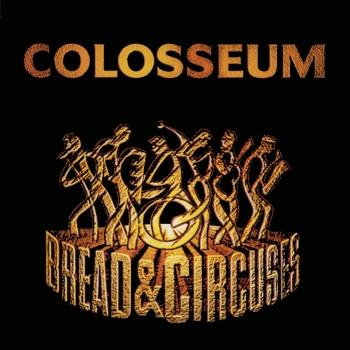 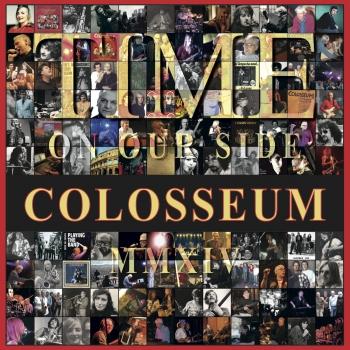 Time On Our Side 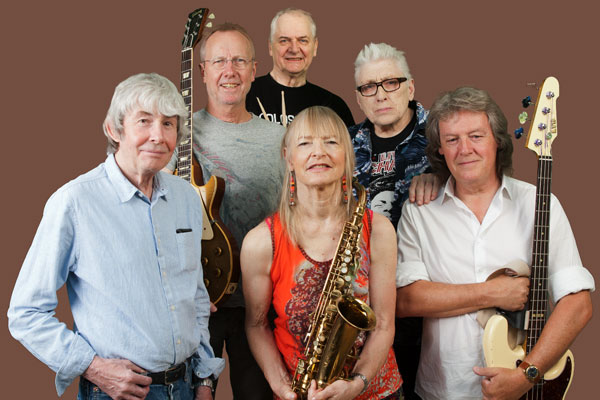 Colosseum
made their live debut in Newcastle and were promptly recorded by influential BBC Radio One DJ John Peel for his Top Gear Radio program. This appearance gained them valuable exposure and critical acclaim.
Colosseum's first album, Those Who Are About To Die Salute You, was released by the Fontana label in 1969. Colosseum also played the "Super Session" program produced by BBC with Modern Jazz Quartet, Led Zeppelin, Jack Bruce, Roland Kirk Quartet, Eric Clapton, Steve Stills, Juicy Lucy. Colosseum's second album, also in 1969, was Valentyne Suite, notable as the first release from Vertigo Records, the first label to sign heavy metal pioneers Black Sabbath. Vertigo Records was a branch of Philips, established to sign and develop artists that did not fit the main Philips Records brand.
Dave "Clem" Clempson replaced James Litherland for the third album, The Grass Is Greener, released in 1970 and only in the United States. Louis Cennamo then replaced Tony Reeves on bass, but was replaced by Mark Clarke within a month, and Hiseman recruited vocalist Chris Farlowe to enable Clempson to concentrate on guitar. This is considered to be the definitive Colosseum line-up, which partly already recorded the 1970 album Daughter of Time.
In March 1971, the band recorded its concerts at the Big Apple in Brighton and at Manchester University. Hiseman was impressed with the atmosphere at the Manchester show, and the band returned five days later for a free concert that was also recorded. The recordings were released as a live double album in 1971, Colosseum Live, shortly before the original band broke up.
Interim and reunion: After the band split, Jon Hiseman formed Tempest with bassist Mark Clarke; Dave Greenslade formed Greenslade with Tony Reeves; Clem Clempson joined Humble Pie; Chris Farlowe joined Atomic Rooster; and Dick Heckstall-Smith embarked on a solo career.
Hiseman reformed the group as Colosseum II in 1975, with a stronger orientation towards jazz-fusion rock and a new lineup, featuring guitarist Gary Moore, and Don Airey on keyboards. Colosseum II released four albums before disbanding in 1978.
Colosseum reunited for a tour in 1994, the catalyst for a live CD, DVD releases, and new studio releases. Expanded editions of Valentyne Suite and Colosseum Live were also released, as well as several compilation albums.
Hiseman's wife, saxophonist Barbara Thompson, joined the band on various occasions before the 2004 death of Dick Heckstall-Smith and is now a permanent member of the band.