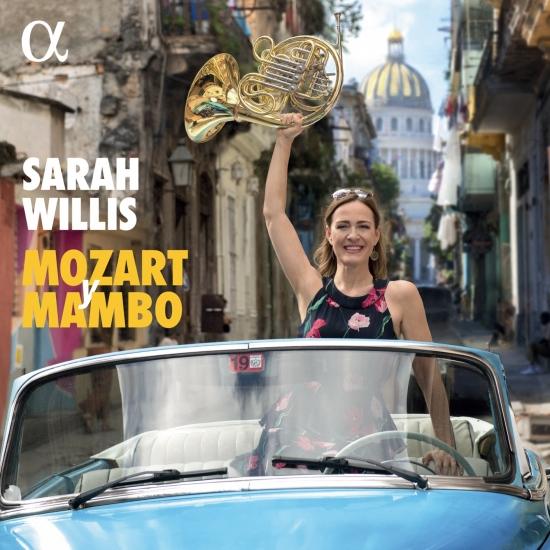 Sarah Willis is a tireless ambassador for her instrument, the French horn, which she champions around the world. A horn player with the famous Berlin Philharmonic Orchestra since 2001, she launched what was soon to become a famous TV programme, ‘Sarah’s Music’, for Deutsche Welle in 2014, interviewing personalities ranging from Gustavo Dudamel to Wynton Marsalis. The award-winning programme presents music with warmth and in all its diversity. Sarah’s other passion was born when she arrived in Cuba to give a horn masterclass. The music and the musicians she met there had a huge impact on her. Since then she has returned regularly and founded the Havana Horns, an ensemble of Cuban horn players who were featured in a ‘Sarah’s Music’ episode.
With ‘Mozart y Mambo', Sarah has created an album combining the music of one of the most famous classical music composers, W. A. Mozart and traditional Cuban music.
"Mozart would have been a good Cuban", she was told in Havana, and this is what inspired her to create this project. With the Havana Lyceum Orchestra and its exuberant conductor José Antonio Méndez Padrón, she presents works for French horn and orchestra by W. A. Mozart (the Concerto No. 3 K. 447 and the Concert Rondo K. 371) alongside a 'Rondo alla Mambo' (inspired by the Concerto No. 3 KV 447), a ‘Sarahnade' Mambo, a Cuban 'Eine Kleine Nachtmusik', and other treats. A number of well-known local musicians take part in this recording, which also pays tribute to Cuban repertoire with two songs including 'Dos Gardenias', made famous by Ibrahim Ferrer and the Buena Vista Social Club.
Sarah Willis, horn
Harold Madrigal Frias, trumpet
Yuniet Lombida Prieto, saxophone
Jorge Aragon, piano
Havana Lyceum Orchestra
Havana Horns
The Sarahbanda
Jose Antonio Mendez Padron, conductor 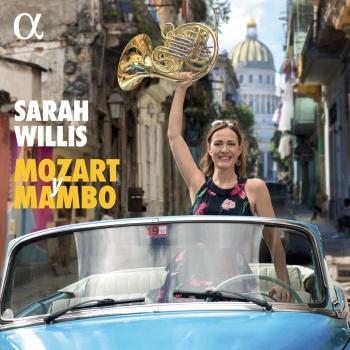 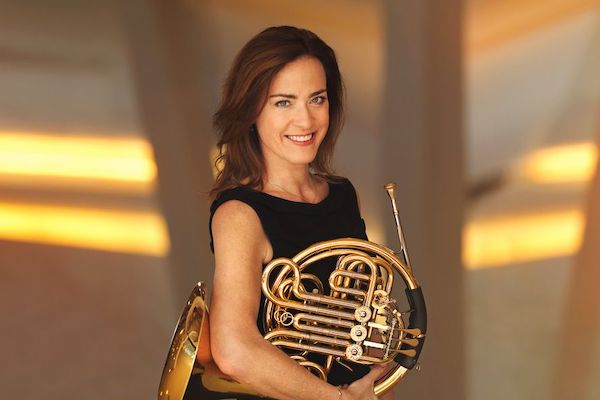 Sarah Willis
Sarah Willis was born in Maryland, USA, and grew up in Tokyo, Boston, Moscow, and then in England. She started taking French horn lessons at age 14. After the fall of the Berlin Wall, she became Second Horn in the Berlin State Opera under Daniel Barenboim. In 2001, she became the first female player in the brass section of the Berlin Philharmonic. She also worked with the Chicago Symphony Orchestra, the London Symphony Orchestra and the Sydney Symphony Orchestra.
It’s absolutely true that I decided I wanted to be a horn player at my very first horn lesson. Really! My first teacher was a trombone player and I adored him and the horn, so much so that I practiced as much as I could. I’d played the piano from a young age and so was used to doing practice. My parents were quite strict about it, something I’m very grateful for.
Because I was spending all my time in a practice room with my horn, school became quite a lonely place as my fellow classmates didn’t really understand my passion. So I lived for Sunday evenings when I rehearsed with a youth orchestra. I have to say that being a member of various youth orchestras was one of the most important and enjoyable parts of my musical training. Here, I found other young people who did not think it weird to spend lots of time alone practicing and listening to classical music. And nothing beat the fun we had on our tours!
After 3 years at music college in London, I ‘discovered’ Berlin. The city was incredibly vibrant and exciting, and the first time that I heard the Berlin Philharmonic live, I decided that I just had to be as close to this orchestra as possible and so I moved to Berlin. My first job was with the Berlin State Opera under Daniel Barenboim in 1991,just after the fall of the Berlin Wall so it was a very exciting time to be in the city. Before I started at the Staatsoper, I was worried that I would not enjoy playing opera, but I ended up adoring it.
In 2001, I won the job in the Berlin Philharmonic – something I had dreamed about ever since I first heard them play. It’s the truth when I say that I am proud and grateful every day to play in this incredible orchestra.
I started playing on an Alexander horn when I was 16. My teacher at the time told me that the sound I made on the horn suited an Alexander. This was very unusual at the time in England! I fell totally in love with the sound of this horn and wouldn´t play anything else. The Alex I play on now is a hand-hammered 103 Model with a yellow brass mouthpipe. It is a luxury for us in the Berlin Phil that we all play on 103s, it makes blending as a section a lot easier and we enjoy the close collaboration we have with Gebr. Alexander
My ‘day job’ takes up most of my time and head space, but since I began doing interviews with soloists and conductors for the BPh´s Digital Concert Hall, and also being involved as a mentor and a presenter for the You Tube Symphony Orchestra 2011 in Sydney, I have become very passionate about online music communication. I started the Horn Hangouts in 2013 and have been presenting the TV progamme “Sarah´s Music” for Deutsche Welle TV since 2014. I love doing both with a passion and I enjoy connecting with musicians all over the world, reaching people who may not have easy access to live concerts or teachers, and also to trying to encourage the younger generation to realize how great classical music is.