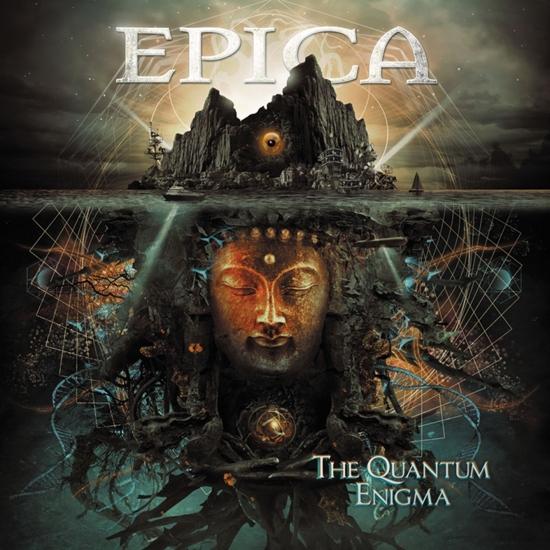 EPICA will proudly unveil the next stage of their ongoing musical evolution with »The Quantum Enigma«, their sixth full length studio album. This is EPICA like you've never heard them before: »The Quantum Enigma« sounds larger than life, expertly mixing devilishly sharp guitars, angelic choruses, evocative synthesizers, mindboggling drum work, and of course, another soaring vocal performance from Simone Simons.
"The Quantum Enigma" is simultaneously the band's most intense and emotional release to date.
“With the TQE Epica takes the next step. TQE is the album that will bring Epica to the next level” (Aardschok)
“Maybe one of the most emotional albums Epica has done. Very epic, with melancholic colors and an impressive work on arrangements. The album is probably the most melodic and complex of the band, inspired on a powerful concept.” (Rock Hard)
“Very interesting album, heavier than everything Epica has done before.” (Myrock)
“Epica's new album 'The Quantum Enigma' is one hell of a musical rollercoaster ride full of variety, where fairylike fantasy and harsh reality come together in a breathtakingly beautiful way!” (Lords of Metal)
Simone Simons, lead and backing vocals
Mark Jansen, rhythm guitars, grunts
Isaac Delahaye, lead and rhythm guitars, classical and acoustic guitars
Coen Janssen, synthesizer, piano
Rob van der Loo, bass
Ariën van Weesenbeek, drums, grunts, spoken word
PA'dam (Chamber choir)
Maria van Nieukerken, conductor
Produced by Joost van den Broek 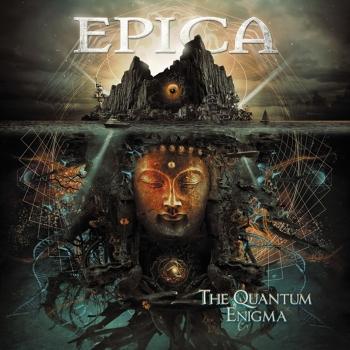 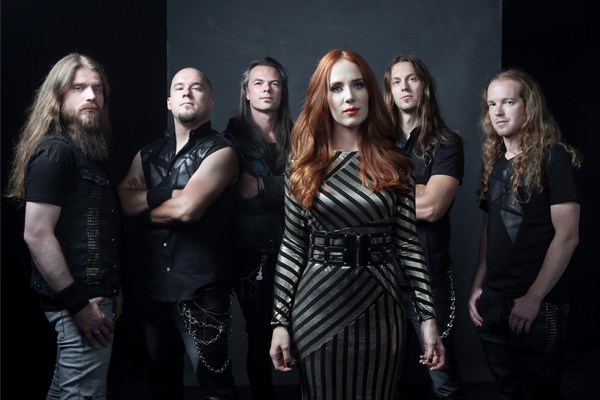 EPICA
Ever since EPICA emerged on the scene, the band has been caught in a whirlwind of studio recordings, interviews, screaming fans, world wide live performances and the rock 'n roll lifestyle. The loss of both a record company and a drummer in 2006 seemed to have stopped the band on their rise to the top. But all is not what it seems. EPICA is back with a mighty new album called 'The Divine Conspiracy', an exiting new chapter in the history of the band.
The Dutch female fronted symphonic metal band EPICA was founded in 2002. Mark Jansen had left After Forever to pursue his own dreams and found that guitar player Ad Sluijter, bass player Yves Huts and keyboard and piano player Coen Janssen shared his vision. Drummer Jeroen Simons and singer Simone Simons completed the band. The band name is derived from an album of Kamelot of whom several band members are big fans and musically EPICA stands out by not only taking influences from the world of rock and (symphonic) metal, but also from film mehr....
music as composed by the likes of Danny Elfman and Hans Zimmer.
Within a few months EPICA had the material to record the stunning debut album 'The Phantom Agony'. The album was released worldwide in 2003 and was followed by a lengthy tour. EPICA's efforts were rewarded in 2004 with an Essent Award (an important Dutch award for talented young bands). While touring continued throughout the year, EPICA recorded and released their second full length album 'Consign To Oblivion' in 2005. The album made it to #12 in the Dutch charts and remained in the Top 100 for 7 weeks. This release also features a guest appearance by Kamelot frontman Roy Khan. With the creative juices flowing, that same year the album 'The Score: An Epic Journey' also saw the light of day. The album consists of the music EPICA wrote for the Dutch movie 'Joyride'. This album is marked by the absence of guitars, drums or even vocals and contains mainly instrumental symphonic songs. After four years of hard work, the band took the time to reflect on the impressive career that took the world by storm. So in 2006 the photo-sound book 'The Road To Paradiso' saw the light of day. It's a detailed description of the band’s history in words and images and contains lots of pictures taken by the band members, professional photographers and even hundreds of fans that contributed their best pictures and words. This book comes together with a unique bonus-cd that features unreleased songs, live material and demo recordings.
The year that started on a high ended in a low when drummer Jeroen Simons decided to quit the band. But it's not in the band's nature to be taken aback. After hundreds of shows in dozens of countries all over the world (including the US, Canada, Mexico, Argentina, Chile, Uruguay, Brazil, most European countries, Israel, Tunisia…) this band had become a well oiled metal machine that is unstoppable. In 2007 EPICA signed a new record deal with Nuclear Blast and the year will see the release of EPICA’s third full length album 'The Divine Conspiracy'. “More” is the best word to define this album. More choirs, guitars, grunts, speed and songs. 'The Divine Conspiracy' will be more guitar oriented. This time four guitar tracks were recorded instead of the usual two. Thanks to the skills of talented God Dethroned drummer Ariën van Weesenbeek EPICA was able to make faster and more complex songs. As with all of their releases, the music on this album was brought to a higher level by the dream team at the Gate Studio: Sascha Paeth, Amanda Somerville and Miro Rodenberg. This new opus is more than 75 minutes long and is EPICA's first concept album. It deals with the theory that, as a test, God created all kinds of different religions and released those upon humanity to see if they would be able to find the true nature of them. The question is whether mankind can realize that all religions are basically the same. But there’s more to it. The album also concludes the 'Embrace That Smothers' concept that could already be found on 'The Phantom Agony', but started on the After Forever-album 'Prison Of Desire'. It seems only fitting that the conclusion of the concept features a guest appearance by After Forever grunter Sander Gommans. The circle has closed, the journey continues…