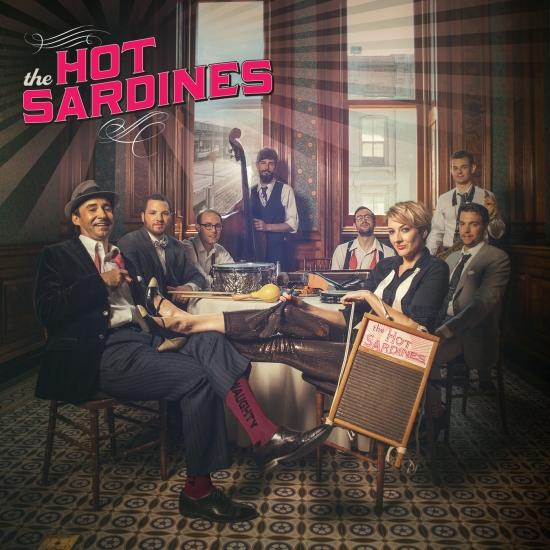 Info for The Hot Sardines

Bandleader Evan Bibs Palazzo and lead singer Miz Elizabeth combine with the Sardine ensemble of powerhouse musicians and their very own tap dancer to play hot jazz as it was in the era when live music was king...with a little glamour, a little grit, and a lot of passion. Even while giving voice to the history-defining jazz of the 1920s, 30s, and 40s, the Hot Sardines vibrant performances bridge generations and captivate 21st century audiences.
The Hot Sardines have a distinctive recipe for making musical magic: take a blustery brass lineup, layer it over a rhythm section led by a stride-piano virtuoso in the Fats Waller vein, and tie it all together with a one-of-the-boys front-woman who sings in both English and French with a voice from another era. The brainchild of Bibs and Miz Elizabeth, the Sardine sound fuses musical influences from New York, Paris, and New Orleans that were nurtured from the Prohibition era through the Great Depression, WWII and beyond.
“…one of the best jazz bands in NY today.” (Forbes)
“Consistently electrifying live” (Popmatters)
“Not so much reviving standards as taking defib paddles to them and jolting them back to life.” – The (Patriot-Ledger)
“Miz Elizabeth” Bougerol, Vocals, Washboard, Tambourine
Evan “Bibs” Palazzo, Piano, Accordion, Background Vocals
Jason Prover, Trumpet
Nick Myers, Tenor Saxophone, Clarinet, Flute
Joe McDonough, Trombone
Alex Raderman, Drums, Percussion
Evan “Sugar” Crane, Bass, Sousaphone
Sam “fez” Raderman, Guitar, Banjo
“FAST Eddy” Francisco, Tap Dancing
Additional musicians:
Dave Eggar, Cello
Entcho Todorov, Violin
Recorded by Ted Tuthill, assisted by Lim Wei and Owen Mulholland
Mixed by Ted Tuthill and Eli Wolf
Mastered by Greg Calbi at Sterling Sound, NYC
Produced by Eli Wolf 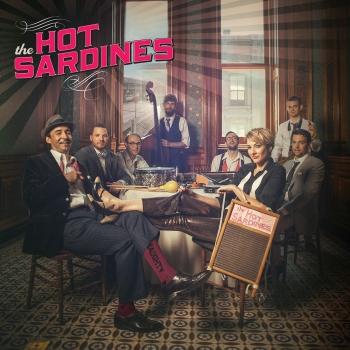 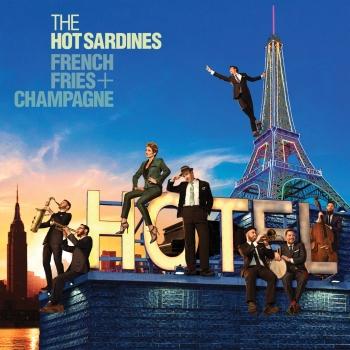 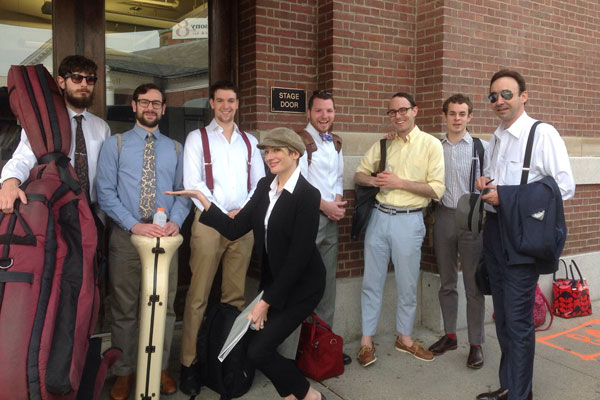 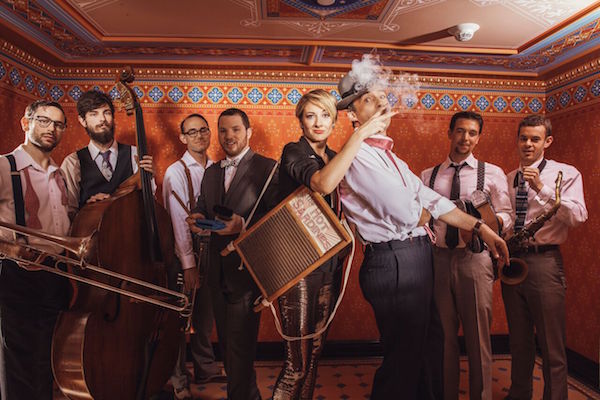 Booklet for The Hot Sardines