Scream Above The Sounds (Deluxe) Stereophonics 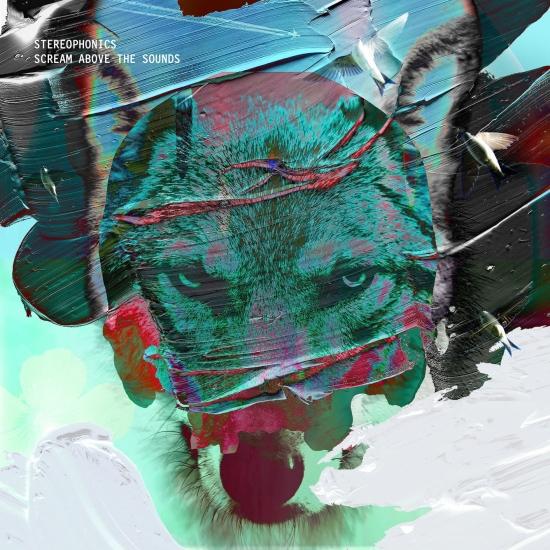 Info for Scream Above The Sounds (Deluxe)

Twenty years after their debut Word Gets Around and six UK #1 albums later, Stereophonics are set to release their new album 'Scream Above The Sounds,' via Parlophone Records!
Their tenth studio album, Scream Above The Sounds follows Keep The Village Alive which went straight to #1 in the UK when it was released in 2015 – their sixth UK chart-topper after Performance and Cocktails (1999), Just Enough Education To Perform (2001) You Gotta Go There To Come Back (2003), Language. Sex. Violence. Other? (2005) and Pull The Pin (2007).
Kelly said of the songwriting process that he began to write "big, anthemic songs that are rallying against those anxious feelings that have flooded through cities. Every song offers a sense of release," he says. "Even when there's nostalgia, fear or anxiety, they're still all offering hope and room to manoeuvre."
The first single All In One Night represents the band's affection for the melancholy. Set to a consistent mid-paced rhythm which evokes a nocturnal motorway drive, it finds the narrator's life taking a dramatic turn as night brightens to day. Influenced by the Sebastian Schipper film ‘Victoria', it's a song that had an unusual genesis – Kelly started it when the band had an unscheduled day's stay in China before he finished it back home in London. Even the atmospheric call of the chorus was fortuitous, being an adaptation of a vocal exercise he was using.
Scream Above The Sounds was primarily recorded in the band's HQ in west London with a further session at RAK Studios. Created with the help of regular collaborator Jim Lowe, it's an album in which creative sonic touches add to the band's emphasis on songwriting and melody.
Kelly Jones, vocals, guitar
Richard Jones, bass
Adam Zindani, guitar
Jamie Morrison, drums
Tony Kirkham, keyboards 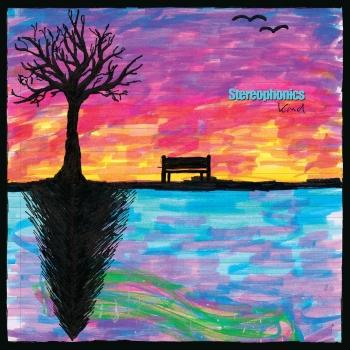 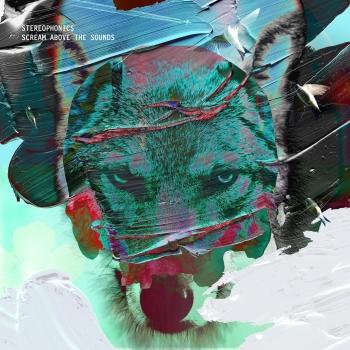 Scream Above The Sounds (Deluxe) 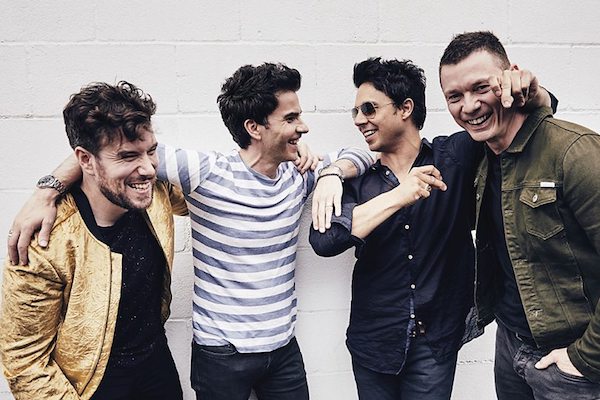 Stereophonics
A bright new noise in U.K. alternative rock in the '90s and into the new millennium, Stereophonics were comprised of vocalist/guitarist Kelly Jones, bassist Richard Jones, guitarist Adam Zindani, and drummer Jamie Morrison. They were formed in Cwmaman, South Wales, originally as the teenage cover band Tragic Love Company and with the late Stuart Cable on drums. Early reviews cited the Manic Street Preachers as their most obvious influence, and their initial batch of singles struggled to disabuse cynics of this notion.
Yet in Jones, Stereophonics possessed an able writer as well as a singer of some distinction, a fact that was only truly acknowledged following the release of their debut LP. One of the first bands on Richard Branson's new V2 label, they were signed by chief executive Jeremy Pearce in August 1996 before the label was officially up and running. They made their debut in November with "Looks Like Chaplin" b/w "More Life in a Tramp's Vest," which later became a single in its own right. They entered the charts for the first time with "Local Boy in the Photograph" and didn't look back. Each of their subsequent singles sold progressively better, culminating in a U.K. Top Ten placing for their debut album, Word Gets Around, and Top 20 honors for "Traffic." The latter's resigned themes provided the perfect platform for Jones' plaintive vocals. A reissue of "Local Boy in the Photograph" also made the Top 20, in the same week as they received a Brit Award for Best New Group. As a singles band, they seem overburdened with riches -- "The Bartender and the Thief" duly became a British radio staple through the closing months of 1998, followed the next year by the full-length Performance and Cocktails.
The band's third studio effort, Just Enough Education to Perform, was initially slated to go by the abbreviated J.E.E.P.; however, Daimler-Chrysler objected to the plan and claimed ownership of the actual word Jeep. In September 2003, Stereophonics returned with their most honest material to date on You Gotta Go There to Come Back. Not even a month after the long-player's domestic release, the band announced the departure of founding member Cable. Frontman Jones said Cable had had issues committing himself to the band ever since Just Enough Education to Perform. Stereophonics planned to carry on as a duo while ex-Black Crowes drummer Steve Gorman sat in on drums for several tour dates. Language. Sex. Violence. Other? appeared in 2005. It also marked the debut of drummer Javier Weyler. The band's first live album, Live from Dakota, arrived in spring 2006. After an extensive tour, including performances in Moscow and Latvia, the group returned to the U.K. and released three formats of the single "It Means Nothing" two weeks before Pull the Pin hit store shelves in mid-October 2007. The compilation Decade in the Sun: The Best of Stereophonics arrived in 2008, followed by the all-new Keep Calm and Carry On in 2009.
Following a supporting tour for Keep Calm and Carry On, the group once again changed drummers, swapping Weyler for Jamie Morrison. This new lineup was unveiled on 2013's Graffiti on the Train, an album that featured the hit single "Indian Summer." Graffiti on the Train was certified platinum -- the previous two albums only went gold -- thanks in part to "Indian Summer" and the title track. Two years later came Keep the Village Alive. Stereophonics returned in the summer of 2017 with their tenth studio effort, Scream Above the Sounds. The record was released in time to commemorate the 20th anniversary of Word Gets Around. (Alex Ogg, AMG)

Booklet for Scream Above The Sounds (Deluxe)