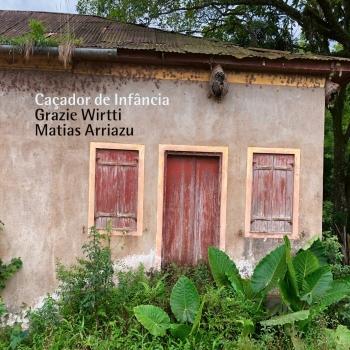 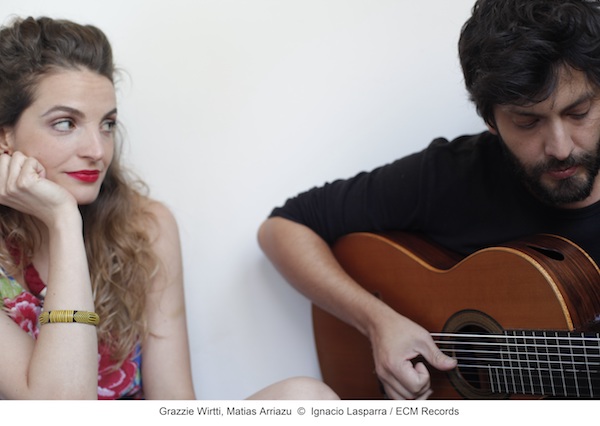 Grazie Wirtti & Matias Arriazu
The duo formed by the Brazilian singer-songwriter Grazie Wirtti and the Argentinean guitarist, composer and arranger Matias Arriazu brings a contemporary vision to Brazilian and Latin American music. Together, they explore new forms, feelings and textures with their compositions and arrangements, achieving an intimate and powerful expression. Matias Arriazu writes and arranges music for the 8-string guitar while Grazie Wirtti provides lyrics and brings her individual interpretation to the songs. Egberto Gismonti discovered the duo, invited them to participate in his concert in Buenos Aires at the end of 2017, and offered to produce their album.
Since 1969, ECM’s directions in music and sound have incorporated the concepts of friends and partners encountered along the way. One such partner is the brilliant Brazilian guitarist and pianist Egberto Gismonti, whose ECM recordings have included solo albums, projects with acclaimed groups including the Magico trio with Jan Garbarek and Charlie Haden, the duo with Nana Vasconçelos, the band Academia de Danças, the quartet/trio with associates Nando Carneiro and Zeca Assumpção, and collaborations with orchestras. To date, ECM has issued 17 albums featuring Gismonti, with a further 16 on Egberto’s own label Carmo, where he is variously featured as soloist, sideman, composer, arranger and producer.